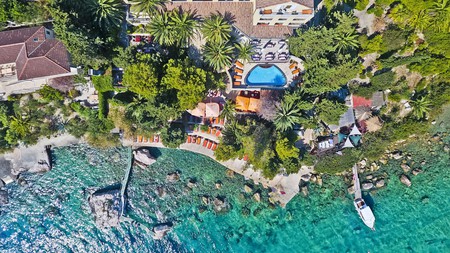 Podstine Hotel offers sweeping sea views and a romantic spa, and is walkable from the main harbour | Courtesy of Podstine Hotel

From wedding cake piles to rustic stone residences, these are the best boutique hotels to choose on the Croatian island of Hvar – bookable on Culture Trip.

Arguably the most popular island in Croatia – and certainly one of the most accessible, with ferries from Split and Dubrovnik – Hvar is beloved for its sparkling-clear waters and craggy beaches. Island-hoppers usually stick close to its handsome neoclassical harbour, while the more adventurous hop into the saddle and cycle off to see its olive groves and lavender fields, stopping overnight in glam villa hotels, stone-clad farmhouse B&Bs or cutting-edge, glassy spa hotels spread out along the shores. 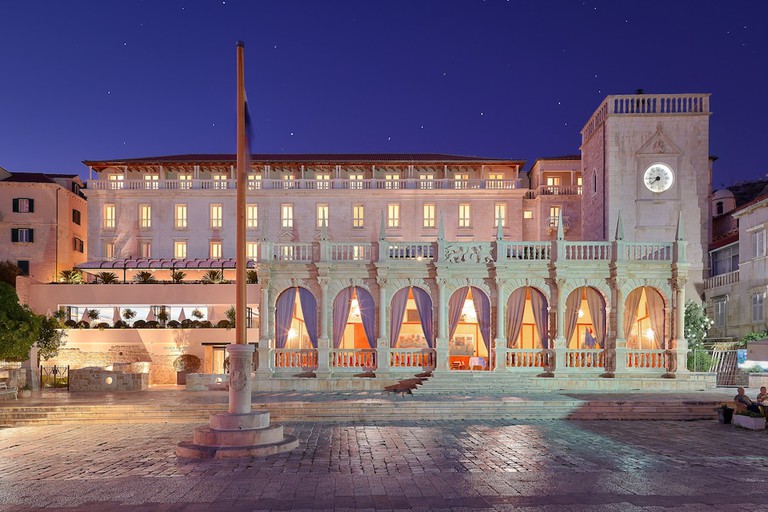 Courtesy of Palace Elisabeth Hvar Heritage Hotel
View Rooms
An ivory wedding cake of a building, set just below an impressive hilltop fortress, the Palace Elizabeth stands over the elegant, yacht-trimmed Hvar port like a watchful grandmother. Guests come here for the sea views, swish furnishings, top-notch service and the feeling of everything running like clockwork, whether it’s drinks on the vine-strung stone terrace, breakfast on your colonnaded balcony or a session in the light-flooded Sodashi spa.
More info 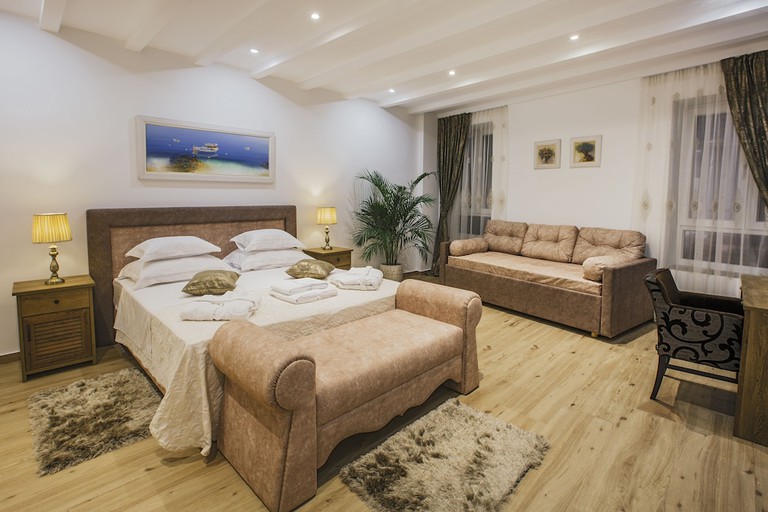 This rustic stone-clad residence is tucked away in the Old Town, its pretty stone alcoves and slanted wooden ceilings tastefully decked out in white, pine and chocolate brown. The cavernous restaurant is a hit with guests, serving up fish stew and truffle pasta, while secluded balconies add to the holiday feel. Stop in at the friendly reception for tips on authentic harbour bars and cafes from the family that runs the hotel.

A sweeping sea view and a beach club deck trimmed with scarlet loungers up the glam factor at this boutique hotel, a 25-minute walk from the main harbour. This is the kind of place you come to flop, drink the local wine and dine by the water; rooms are decorated in cheery pastel shades with a smattering of photographic wall art, so the focus is on the sea-view balconies and the vista of the shimmering azure water. Don’t miss the hyper-romantic spa, where you can book private evening sessions with fruit platters and champagne. 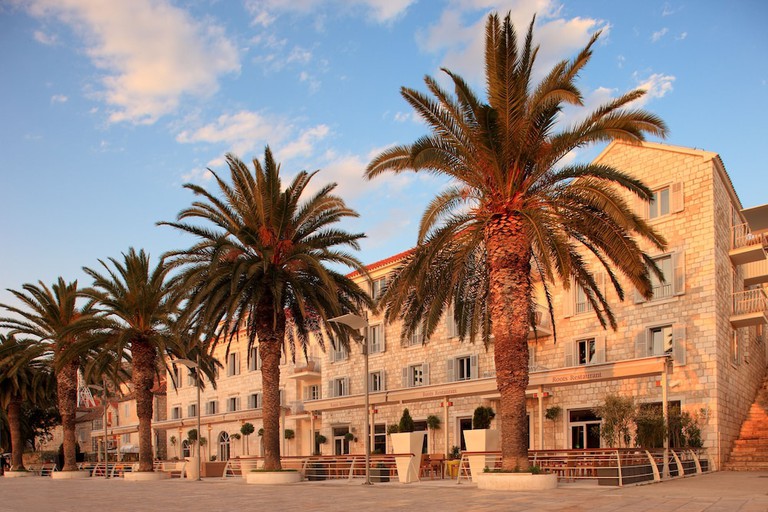 A spiffy makeover has transformed this old-school waterside lodging into a contemporary boutique hotel with a vague celebrity theme. Orson Welles and Sean Connery stayed here back in the day – now it’s Tom Cruise and Kevin Spacey. Without the space to offer a pool or gym, the hotel goes big on its harbour location and glam decor – images of Anita Ekberg and Brigitte Bardot gaze from guest room walls, while the terrace bar is called the BB Club.

The top spa hotel in Hvar, this four-star luxury lodging is a boutique gem. The Top Bar, all exquisite garden terracing and panoramic views, is luxurious even by Hvar standards. As for the spa, expect Thai massages, mud wraps and a rooftop seawater pool. Lavender is the colour of choice in the guest rooms, in a decorative nod to the populous flowering plant that flourishes in these parts.

Converted from a 14th-century palace, the former home of the aristocratic Gazzari family, a couple of years ago, the Villa Nora is the latest style-forward lodging to open on Hvar. Close to the main restaurants in Hvar town, the hotel couldn’t be better located – but many choose it for its historic atmosphere, offset by contemporary furnishings. Here, you can have breakfast where 16th-century poet Marin Gazarović composed his lyrics, and relax later in modern-day comfort after a long day at the beach. 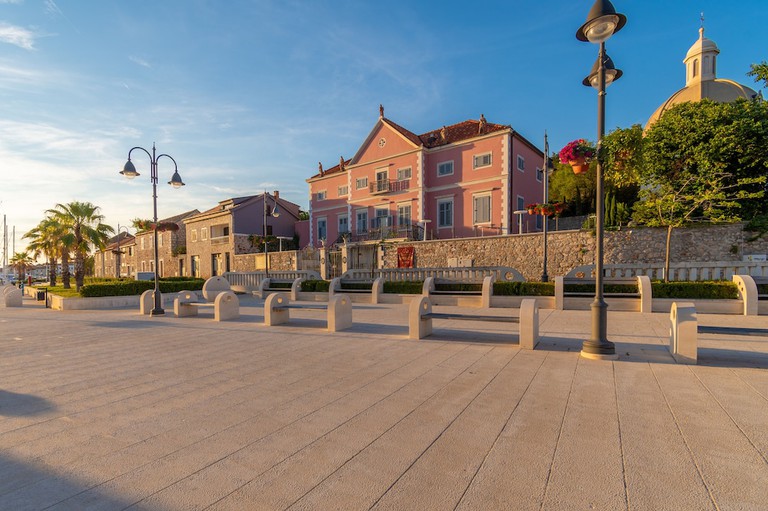 Set in underrated Stari Grad, handy for the car ferry from Split, the Heritage Villa Apolon is set in the villa once owned by Don Šime Ljubić, an eminent Croatian archaeologist and historian. Comprising just six suites, a wine bar and restaurant, this converted villa exudes refined taste and provides all the expected features such as air conditioning, wifi and cable TV. The decorative theme echoes the Ancient Greeks, whose early settlement here gave the island of Hvar its name. Originally a waterfront restaurant popular with the yachting fraternity, the Apolon still runs a top-notch kitchen, with the focus on quality Dalmatian seafood.