The 12 Most Beautiful Places In The Balkans

Anyone who has visited the Balkan peninsula knows that there is no shortage of absolutely stunning places in the area. You will find something gorgeous and fascinating, whether you’re looking for nature, history, or culture. The mountainous terrain and the diverse, if sometimes troubled, history has given the region a wealth of options for any traveler. We check out 12 great places to start. 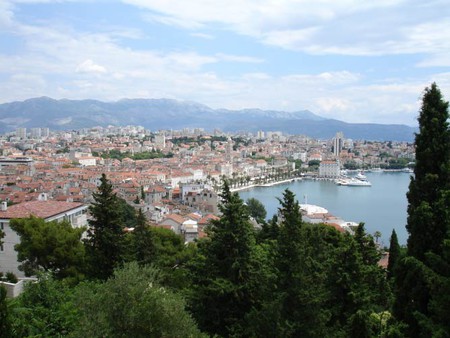 Split from above | © Lani Seelinger

This city on the Adriatic coast is the perfect combination of natural and man-made beauty. In the year 305, the Roman emperor Diocletian chose it as his retirement home, building a palace that is now simply a part of the fabric of the city’s historic center. Your options for sightseeing are varied and equally gorgeous. You can stroll along the Riva on the waterfront, hike up one of the neighboring hills to get a view over the city, or relax on the beach and watch the water lap onto the stony beaches.

Lake Bled is the stuff of fairy tales. A deep blue lake emerging from the surrounding Alps with a picturesque church on an island in the middle, this Slovenian gem has become one of the country’s main sights. You can rent a rowboat to get out to the island in the middle, where it’s quite likely that you’ll see a wedding. According to tradition, it’s good luck for the groom to carry the bride up the steps so that they can ring the church bell together and then make a wish inside the church.

Known as the ‘City of Stone’, Gjirokastra in Southern Albania is UNESCO listed because of the Ottoman style houses that you can find throughout the city. While only having just under 20,000 inhabitants, Gjirokastra is home to a sizeable Greek minority, in addition to being the birthplace of two of the most internationally well-known Albanians, Enver Hoxha, the communist leader, and Ismail Kadare, the novelist and once-dissident. Although the area has been inhabited since at least the Bronze age, most of the buildings are from the 17th and 18th centuries. 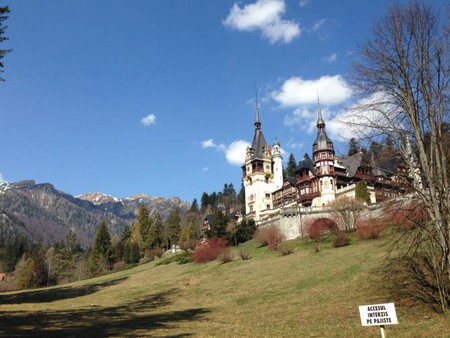 In typical Balkan fashion, Subotica has no majority ethnic group, but is instead made up of a healthy mix of Hungarians, Serbs, Croats and several others. It is the seat of the Vojvodina region in Serbia, which is largely Hungarian, so it is the home of several famous Hungarians, like the writer Dezso Kostolanyi, or the original Dracula, actor Bela Lugosi. The city has a long and complicated history of many empires moving in and out, but the notable Art Nouveau architecture comes from the period of the Austro-Hungarian monarchy.

This UNESCO World Heritage Site is also the biggest national park in the country. It is made up of a series of interconnected lakes that cascade into each other, only separated by natural travertine dams that are constantly being built up and brought down by the water and the minerals that it carries. The colors, which can be striking blues and greens, are constantly changing based on the algae and mineral content and the quality of the light. Several endemic animal species, like the lynx, also still live here.

Translyvania gets a dark reputation because one of its legendary residents, but you’ll change your mind about the region once you’ve seen the delicately gorgeous Peles Castle emerging out of the forests and mountains. The Neo-Renaissance style is far more Da Vinci than Dracula. Built by the Romanian monarchs in the 1870s, this was also the first castle to be fully fitted for electric power. Only a short drive away from the charming Romanian city of Brasov, this is well worth a trip out, and you can swing by Dracula’s Bran Castle on the way. 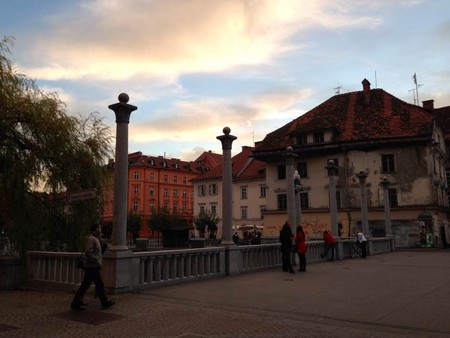 This Serbian Orthodox Christian monastery in Kosovo houses the largest Orthodox church in the Balkans and is worth a visit just to try to understand the complicated religious and ethnic history of the region. However, the main reason for its inclusion on the UNESCO list is the frescos that decorate the interior of the church. They make up the largest surviving collection of Serbian medieval art, and they depict scenes from the Bible, members of noble families, and a plethora of Orthodox saints, among other things.

Stunningly beautiful though it is, Lake Ohrid is most important as a nature reserve. As one of the oldest and deepest lakes in Europe, it is home to over 200 endemic species that make up entire food chains and that have remained remarkably undisturbed by the incursion of non-native species. People have inhabited the shores of the lake on all sides since the Bronze Age, and it is now part of both Macedonia and Albania. The combination of the surrounding mountains and the bright color of the lake will truly make you feel connected with nature.

Another example of a city with numerous visible influences, the best way to encapsulate the feeling of Ljubljana is to imagine a former Hapsburg city on the Mediterranean. The best way to enjoy the laid-back yet lively feel of the city is to sit in one of the cafes on the waterway in the center and take your time with a nice glass of Slovenian wine. Many of the buildings throughout the city are the work of noted Slovene architect Jože Plečnik. He did not, however, design the Vienna Secession-style Dragon Bridge, where you can find four of those winged symbols of the city. 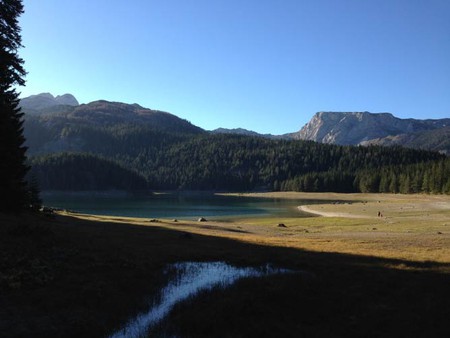 The Old Bridge in Mostar is one of the many (albeit reconstructed) remnants of the long Ottoman control of the region. It spans the Neretva River, and was a great architectural marvel when the Ottomans first built it in 1558. However, the city suffered a great deal of damage during the Bosnian war of the 1990s, so afterwards, many countries devoted their own funds to rebuilding the bridge and its surrounding areas. The whole city is now one of Bosnia and Herzegovina’s major cultural attractions.

While much of Montenegro is covered in mountains, Durmitor is the center of mountain tourism in the country, be it for hiking, skiing, or simply going to enjoy the views. Numerous lakes dot the landscape, and in the autumn the whole park lights up with the changing colors of the leaves. One part of the park to check out is Tara River Canyon, which is the second biggest in the world after the Grand Canyon. You’ll certainly not run out of scenic outlooks when you’re driving around Durmitor.

This small city on the Black Sea is another good example of how nature and culture can come together to create truly wondrous sites. Nessebar has been inhabited for about 3000 years by various cultures and empires, and their remnants are sprinkled across the city in the form of buildings from different eras and architectural styles, especially a large collection of Eastern Orthodox churches. Its position on the coast, of course, with one half of the city jutting out on a thin peninsula into the sea, also contributes to its status.