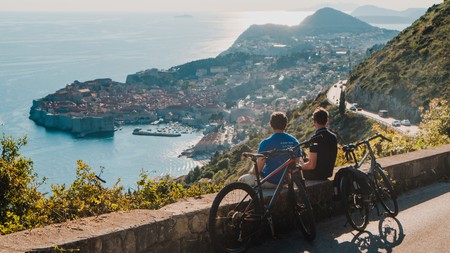 Exploring Croatia on two wheels is a great way to see all this fascinating country has to offer, including the medieval city of Dubrovnik | © Ivan Šardi
Paid partnership with

Adventures by bike have become increasingly popular in recent years, thanks in no small part to the availability of electric models: less effort and greater reward means even the amateur cyclist can ride along beautiful routes that might previously have been beyond them. It is one of the most liberating ways to explore Croatia, with its coastal paths, national park routes and charming little towns. The key is not to be in a rush – and prepare yourself to be amazed by a side of Croatia you won’t experience any other way. Here are seven routes to get you thinking about travelling through Croatia by bike.

River valleys, wooded foothills and endless meadows – the scenery as you wind your way along this road trail is motivation to go slower yet also faster at the same time.

Along the route, you’ll come across the Mrežnica and Dobra rivers, see the river islands at the Slapić camping site, follow the railway line that runs between Karlovac and Split, then head north to the historic Jozefina road. A must-stop spot is the medieval Novigrad, where you can climb the city’s castle walls to enjoy clear views of Klek mountain.

A not-stopping-would-be-rude spot comes a little later as you descend through the vineyards of Petrakovo Brdo. There’s a good chance a local winemaker will offer you a tipple so you can refuel before you head on towards your finishing point in Senj. 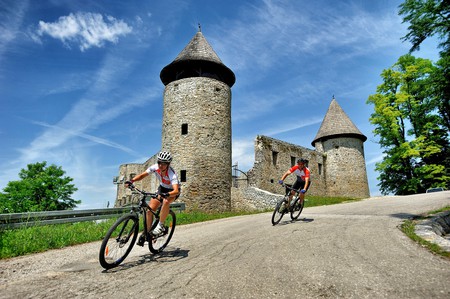 There can’t be many more beautiful areas worth exploring on two wheels. In Risnjak National Park, expect dense forests, hills, meadows, mountain streams and rivers. You’re unlikely to come across many cars on the park’s paved roads, which means you can circumnavigate the 63sqkm (24sqmi) oasis in peace. Highlights include a huge karstic well, the valley of butterflies, which boasts more than 500 different species, and a bridge over the Čabranka river by Zamost. 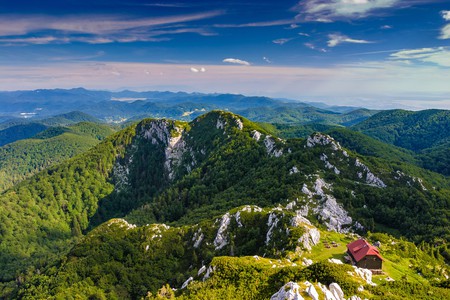 For a more tranquil ride, hit up the trails in Risnjak National Park | © Zoran Jelača

Plitvice Lakes National Park, a Unesco World Heritage Site, is famed for its spectacular interconnected lakes and waterfalls. The Plitvice Road starts in the town of Korenica and takes you across two rivers that feed the park’s lakes and through stunning scenery.

It’s a fairly challenging route – it’s 46km (29mi) long – and features some hill climbs up to 882m (2894ft) above sea level at the highest point, but the views from the top are unrivalled. An easier route is a paved track that skirts the lakes, ensuring you see a good number of them including the biggest, Kozjak lake, and takes you through lush forests and pretty meadows. 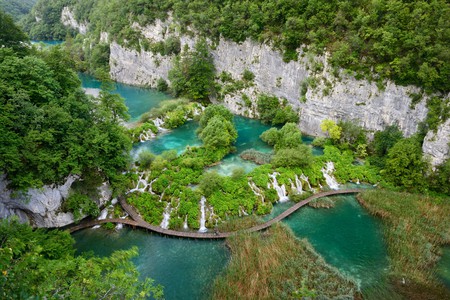 There are two ways to properly explore this stunning island, the fourth biggest in Croatia – by boat or by bike. The bike option is arguably the best, as you’ll find quiet beaches far away from other tourists where you can stop for a secluded swim. The route from Jelsa to Gdinj isn’t a difficult ride at all; it takes you through a beautiful natural landscape as well as around some of the best little bays.

If you want to go further, you can circumnavigate the entire island, 68km (42mi) by 10.5km (6.5mi), taking in old fishing towns such as Stari Grad and tiny hilltop hamlets. Expect stone houses, olive groves and secret coves. The island is also popular with celebrities and yachties who come to enjoy its natural beauty. 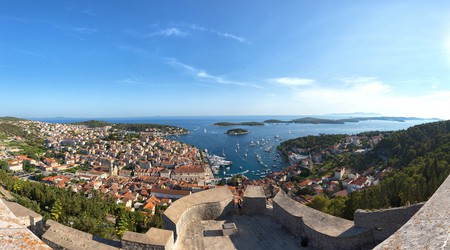 The island of Hvar is a delight to explore by bike, expect to see secluded beaches and isolated coves | © Ivo Biočina

If you like to combine your cycling with exploring great vineyards, this is for you. Some of the best vineyards in the country make tastings a joyful experience. With water on both sides, this strip of land is among the most beautiful in Croatia. A highlight is the town of Ston, with the longest city walls in Europe and some of the country’s best seafood. Cycling from Ston to Orebić, you’ll pass craggy mountains, sweeping valleys and delightful little coves. And Orebić is a prize worthy of the bike ride, with its stone mansions along the seafront built by rich sea captains who holidayed here, great little cafes and restaurants, and plenty of watersports on offer, too. 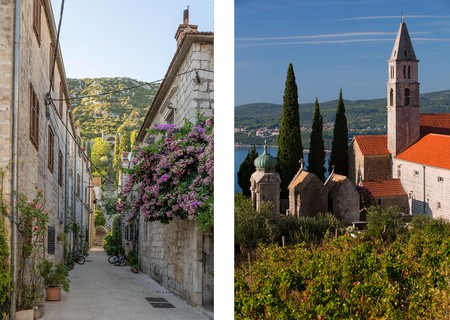 For a relatively gentle 30km (19mi) route, this little adventure passes through places such as Suhaja, Pobjenik and Pleterac with much to enjoy at each stop and in between. Expect to see ponds, caves, churches and an array of historical sites. Vitally important is to stop pedalling and relax at the thermal spas in Topusko, where the baths are thought to date back several thousand years.

For keen cyclists who like to rack up the miles, the SMC01 route is a spectacular 228km (142mi) trail that takes in the very best bits of Sisak-Moslavina county.

The section between Sisak and Popovača is the best bit if you want time off the saddle. Sisak, a former Roman city, is well worth exploring for its old town. Most of the journey between the two takes you through winding forest roads, with an essential stop at a winery to try the local Skrlet wine. 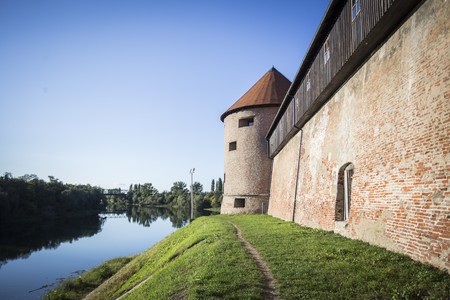