How to Celebrate New Year’s Eve in Croatia 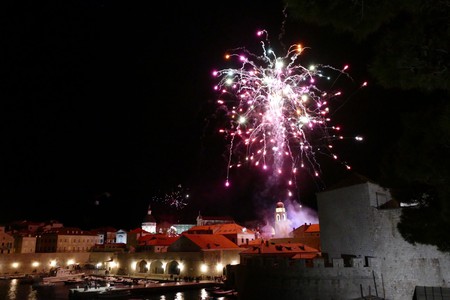 New Year’s Eve is both an excuse for Croatians to party hard, and for the country’s main cities to show off the fact that Croatia really is a year-round destination these days. International visitors can look forward to big-name Croatian acts performing live in prominent squares of major towns, and bars filled to bursting.

In the capital, Zagreb, New Year celebrations have become the liveliest part of the Advent activities that dominate the city centre through December into early January. The skating rink remains in place, Christmas stalls too, but for December 31 focus falls on the recently established Winter Music Festival. Inaugurated with an appearance by star DJ Armin van Buuren as 2016 segued into 2017, the event should be repeated for 2017/18, thought it’s not yet clear if the venue will again be the Arena Zagreb over the river in Novi Zagreb. Many prefer to gather in the main square, Jelačić plac, in the proximity of many bars and, for visitors, hotels. 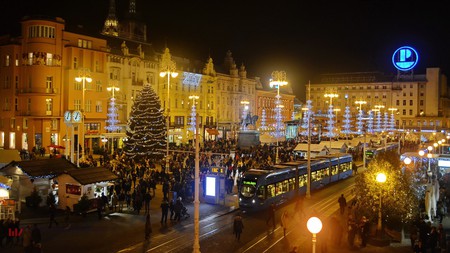 Also in Croatia’s other main towns, live music is the main attraction of events organised in prominent city squares. Performers tend to be domestic favourites, perhaps little-known to international visitors but revered up and down the land. Acts needn’t play to home-town crowds either. For December 31 2016, Zagreb’s own evergreen punk heroes Hladno Pivo played at the Roman Forum in Pula while popular Split rock-pop singer Gibonni was the star act on the main promenade in Rijeka, the Korzo.

Traditionally conservative, mainstream Dubrovnik usually puts on a crowd-pleasing mix of light folk and family-friendly pop, setting up a stage for the crowds on the main street of Stradun. For a real party, your best bet might be to nab a ticket for that night’s bash at main local nightspot, Revelin.

In Split, tens of thousands gather along the main seafront promenade of the Riva, where Split-born singer Petar Grašo was the main act for 2016/17. 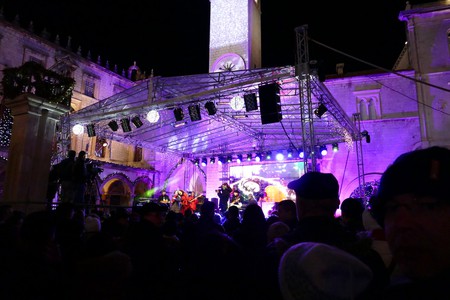