Discover Split’s Nightlife Scene, According to a Local Rock Band 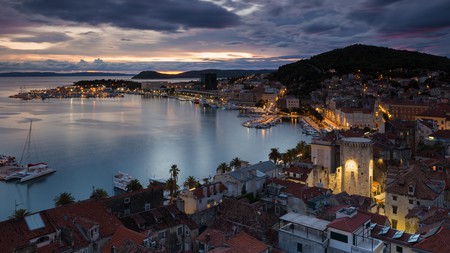 Over the past decade, Croatia – and particularly its coastline and islands during the summer months – has become a hotspot for partygoers. Culture Trip spoke to musician Josip Senta, of local band the Splitters, about his top picks for clubs, bars and live music in Split.

With an impressive dancefloor with a magnificent sea view, Zenta beach bar and nightclub is set on one of Split’s central sea bays. In addition to DJ sets and live concerts, Zenta hosts a range of other entertainment, such as quizzes. There’s something going on almost every day of the week, with the timetable becoming even more packed in the summer. Zenta Club is popular among Split’s student population: “Students adore this club because of the parties with Croatian trash (’90s dance) music, which are among the most popular events organised at the club,” says Josip, who performed at Zenta Club in 2019 with his band the Splitters.

Another of Josip’s favourite clubs, Quasimodo Club is located on the second floor of an office block in Gundulićeva Street, and is Split’s leading venue for indie gigs and DJ nights. Rock bands from Croatia and the wider Balkan region often play at Quasimodo, making it a must-visit for rock music fans, who travel from all over the former Yugoslavia. Quasimodo Club is also a significant literary hub. Since 2009, the club has hosted readings and discussion events on over 200 novels, poetry collections and other literary pieces through the club’s near-iconic Bookvica program, which is considered to be one of the most important literary events in Split.

“Cheap drinks, a cosy atmosphere and good live music performed by both young and more experienced musicians, who are playing the biggest rock, blues and metal hits,” is how Josip describes Split Circus, a legendary club that has relocated from its former site on the Adriatic to a bigger space in Split’s Lazarica building in 2018. The club has a rather unusual business strategy: oriented towards local clientele, Split Circus tends to host concerts by local bands during the winter months, when there are far fewer events going on in the city.

Judino drvo is Split’s premier pop music venue. With an industrial vibe, afforded by its location in a former railway warehouse, the space is ideal for raucous parties: there are no residential buildings in sight, and therefore nobody to disturb. Ever since its opening in 2014, Judino drvo has been known for its excellent line-ups, which have earned the venue a reputation as a go-to place for music lovers and anyone in search of a somewhat underground experience.

If you want to enjoy a drink or two in an authentic local bar, where Splitians of all ages gladly spend their mornings, afternoons and evenings during sunny days, go to Kavana Ovčice. Situated just a short walk from Bačvice Beach, here you can sip reasonably priced coffee, beer or wine whilst enjoying the relaxing sea view. During the weekends, the energy is turned up a notch, thanks to live music gigs performed by local musicians.

Tasty food and good old rock’n’roll is what you’ll find in Backbar Plan B in the Gripe neighbourhood, along with affordable prices and an extensive selection of beers. “It’s a place where you can listen to some great live music while sharing a pizza with friends,” says Josip.

A five-minute walk from Firule Beach, café-bar Versi is an all-day destination where you can have a great morning coffee and spend an evening relaxing while listening to local rock bands. “It’s a popular hangout place for those who are a bit older,” says Josip. But younger generations, such as Josip and his peers, are also frequent guests of this bar.

Whether you want to have a bite, sample some of the 40 different types of whisky, try local craft beer, watch a football match on the giant TV screen or listen to rock music, you can do all of it at Baraka. Even though the brew bar and eatery only opened in 2019, in the spot where the popular Kobaje Bar once stood, Baraka’s diverse music programme and innovative beer selection has already made it a local favourite.

Established by a local youth association in 2002, Klub Kocka is an alternative underground club hosting concerts, parties, exhibitions and art classes. Occupying a space of over 1,300sqm (14,000sqft) in the basement of Split’s Youth Centre, Klub Kocka has its own library, gallery, recording and rehearsal studio, community radio, two stages for performances and a bar. Klub Kocka hosts a wide variety of cultural programmes – from drumming classes to book readings – with the weekend programme largely focused on live music. “It’s one of the best underground clubs in Europe,” according to Josip.