Considered the greatest Croatian writer of the 20th century and a leading figure in Balkan literature, Miroslav Krleža is renowned in his home country as a modernist literary icon on a par with Joyce or Proust. His works evoke the literary avant-garde of the early 20th century whilst also examining the clamor of national identities which characterized Yugoslavia during the period. 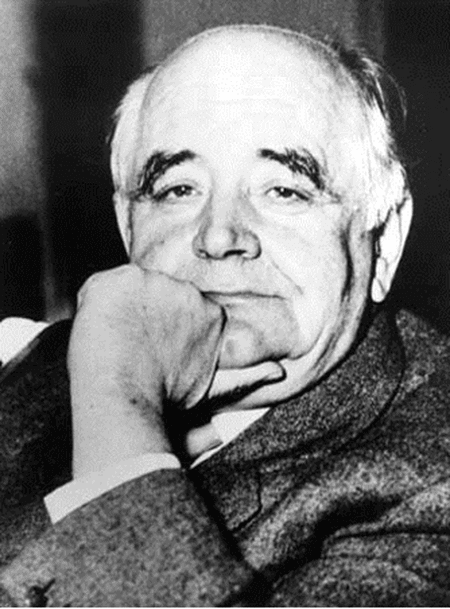 Like so many early modernist writers and artists, Miroslav Krleža’s life and work was shaped by the ferocious violence of World War I. Krleža was born in Zagreb in 1893, in what was then part of the Austro-Hungarian Empire and spent much of his early life in military schools, before eventually serving in the Austro-Hungarian military. In an early manifestation of the political turmoil which would define his later life, he defected to the Serbian Army, where he was branded a traitor and was forced to return to the Austro-Hungarian army, his defection was punished and he was demoted to the rank of common soldier. This picaresque tale was deadly serious for Krleža, as his demotion meant he was sent to the frontlines upon the outbreak of World War I, where he experienced the horror and confusion that characterized this conflict first hand.

Krleža’s early literary endeavors were firmly in the idealist and romantic vein, but like his political ideals, they were changed irrevocably by his wartime experience. He returned from the war a committed pacifist and Marxist, galvanized by conflict and political chaos into a belief in socialism. The conflict thus transformed his political and artistic conception of the world, and catalyzed Krleža into creating the politically engaged literature which would define his career. He witnessed the downfall of the Austro-Hungarian Empire and the formation of the state of Yugoslavia, and would return to explore the political ramifications of this downfall repeatedly throughout his career, whilst he would maintain an uneasy, and at times antagonistic, relationship with the socialist ideals of Tito and the Yugoslav Communists. Despite his Marxism Krleža firmly opposed the despotism of Stalinism, and the cultural and artistic repression which went hand in hand with such autocratic leadership, and therefore challenged the leadership of the Communist Party in Yugoslavia to offer another model of socialism, one which prized cultural and artistic expression. 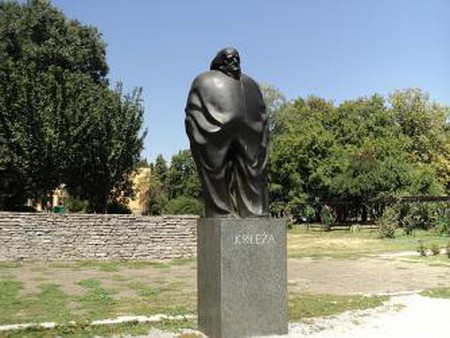 Krleža spent much of the interwar years fomenting political and cultural change in the Balkans, whilst evading the attentions of the repressive forces of the pro-Nazi puppet Independent State of Croatia under Ante Pavelić, and maintaining an uneasy alliance with the Communist Party of Yugoslavia. He also published much of his most celebrated works during this period and developed his reputation as a political and cultural iconoclast in the ferment of the Balkan political scene. His most celebrated novel remains The Return of Philip Latinowicz, a formally innovative interrogation of cultural roots which put Krleža firmly in the mould of the High Modernist writers of Western Europe. It follows the exploits of struggling Croat painter Philip Latinowicz, who returns to the town of his upbringing to find artistic inspiration. Instead he discovers a socially and cultural bankrupt world in which corruption and hypocrisy are widespread. This sudden glimpse of the poverty of his own artistic context and the brutality of his own upbringing radically alters his perspective on his life and his art. Through this allegorical tale Krleža examines the influence of culture and society on an individual as well as engaging in a philosophical discussion of rationality and art from a Marxist perspective. The novel stands as a unique achievement which combines the philosophical acuity of Dostoevsky with the modernist nostalgia of Proust to great effect.

Krleža’s other great novel of this early period was On the Edge of Reason, which offered a bleak vision of morality and hypocrisy within bourgeoisie society. It is an unnerving portrayal of life under a tyrannical government which bears similarities to allegorical works such as Camus’ The Plague as well as the expressionist despair of Kafka’s The Trial. In it a highly regarded lawyer inadvertently blurts out an honest statement at a dinner party, and from these innocuous beginnings, chaos breaks loose, as the façade of his respectable bourgeois life comes crashing down upon him. Remarkably prescient for its time, it foreshadowed Eastern Europe’s descent into totalitarian oppression and remains potent even today for its interrogation of the political import of truth and fiction. 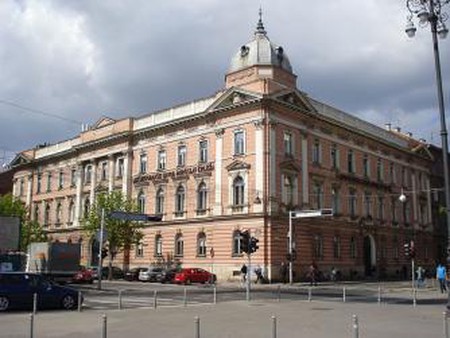 Although Krleža is best remembered for his novels, he was also a celebrated dramatist and devoted much of his career to the theatre, where he wrote expressionistic plays such as Adam i Eva, which combined the late 19th century realism of Ibsen and Strindberg with the modernist theatre which was blossoming across Europe. He also released a number of short story collections during the 1920s, such as the Croatian God Mars and A Thousand and One Deaths, both of which are vehemently anti-war and are clearly informed by his military experience.

Following the end of World War II and the establishment of the new boundaries of the post war Yugoslav state Krleža was rehabilitated, and his contribution to the national literature of Yugoslavia was recognized. He was elevated to the role of literary laureate of the state, particularly after Tito broke with Stalin’s USSR. Supported by the state Krleža founded the Yugoslav Institute for Lexicography, and spent the rest of his life as a cultural and literary leader within Yugoslavia. The renamed Miroslav Krleža Lexicographical Institute remains in Croatia as a monument to his political and cultural importance, and as an enduring reminder of this political iconoclast turned cultural leader, who would embody and define the chaos of 20th century European history, whilst giving the Balkans a modernist icon of their own.