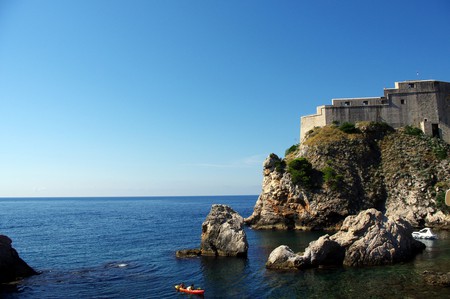 The huge boom in Croatian tourism is a relatively recent phenomenon but has its roots in royal visits and resort tourism in the 1970s. Here we explain how Croatia managed to sell itself as the coast with the most.

Those visiting Croatia to dive into its clear waters and enjoy its fresh seafood are in good company. From the late 1800s onwards, Europe’s great and good have holidayed here, most notably for health tourism at the venerable Habsburg resort of Opatija, where grand hotels still echo that golden age. 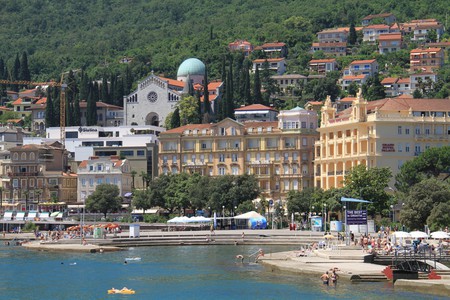 In the 1930s, further down the dramatic Gulf of Kvarner, Edward VIII and Wallis Simpson went skinny-dipping off Rab island and had the world’s press there to photograph the occasion. Unwittingly, they also initiated a naturism trend that has lasted until this day.

While film stars flocked to Dubrovnik in the 1960s – old hotel staff still remember visits by Richard Burton and Elizabeth Taylor – package tourism was equally encouraged. The whole Makarska Riviera, between Split and Dubrovnik, was created for plane- and coachloads of holidaymakers.

Although the area was popular, the coast was never really ruined. Nor was there much industry there, apart from the ports of Rijeka and Split. Some islands, such as Vis, banned foreign visitors, as it was a military base.

When Croatia emerged from the War of Independence in the 1990s, with cities such as Zadar, Šibenik and Dubrovnik requiring major rebuilding, the new nation realised it would have to place most of its eggs in the basket marked ‘Tourism’. In former Yugoslavia, most of the industry was based in what is now Serbia, its nearest trading partner and recent bitter foe.

Foreign visitors who ventured to Croatia in the 1990s found a country with amazing natural resources but lacking infrastructure. Split, Zadar and Šibenik had few major hotels. Hotels on Hvar dated back to the package-tourism days. Even today, the train network is scant.

A number of elements combined to change this situation extraordinarily rapidly.

First and foremost, the motorway was built all the way from Zagreb to Split. This opened up most of Dalmatia to visitors from the north, as well as Austrians, Hungarians, Czechs and Germans. 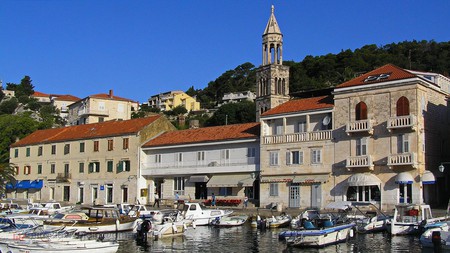 A clever marketing ploy called Croatia ‘The Mediterranean as it once was’, emphasising the fact that this location wasn’t the Costa del Sol or Rimini. This area was pure, unspoiled beaches, authentic fishing villages and food prepared as it had been for generations.

The huge success of the UK-run Garden DJ Lounge in Zadar put Croatia on the map, its equally successful summer festival soon encouraging several others to set up. Budget flights were introduced. ‘Croatia’ became a buzzword, years after Ibiza, for ‘cool’.

Then magnates, millionaires, film stars and royalty started visiting Hvar, mooring superyachts out to sea and nipping over for a night at the Carpe Diem club.

With serious money being made, other destinations – Vis, Korčula, Novalja – caught on, offering top-notch restaurants, high-end hotels or 24/7 clubbing.

The inland capital of Zagreb, too, got in on the act, its month-long Advent event transforming the city centre into a winter wonderland.

Every year, tourist figures have climbed. Certain attractions, such as Krka National Park, have had to impose limits on visitor numbers. The regular docking of cruise ships in Dubrovnik flood its compact, historic Old Town with swarms of visitors.

And yet… with more than 1,000 islands to choose from, it’s still incredibly easy for you to find your own little slice of this paradise – a secluded beach, a hidden cove. You can get lost on Hvar and end up at a restaurant so remote it calls itself Robinson and has its supplies boated in.

All the same, now that it has been discovered, Croatia has to be very careful how it manages the natural resources it has at its disposal. With little manufacturing to fall back on, and a population of four million, tourism is still the only game in town.