EUROPE
/
CROATIA
/
DUBROVNIK
/
Things to Do

An Art Lover's Guide To Dubrovnik In 24 Hours 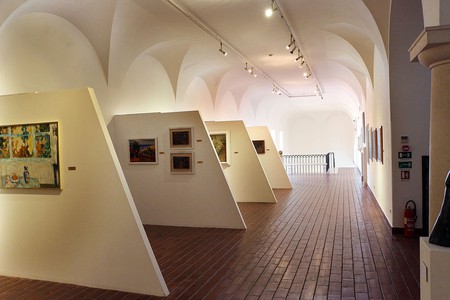 Dubrovnik has grown comfortable with its status as a popular seaside resort, but if you want to add a more artistic dimension to your holiday, there is also a crop of decent galleries concealed within the perimeters of its medieval walls. As a general rule, avoid the tightly packed gallery-souvenir shops crammed with thickly-painted acrylic sunsets and fridge magnets, and make a beeline for official institutions like the Modern Art Gallery and War Photo Limited. Add some culture to your beach holiday with our guide to Dubrovnik’s must-visit museums.

The largest museum of modern art in Dubrovnik is housed in a beautiful Gothic mansion, once owned by members of a local shipping dynasty. There are four floors of exhibitions, with a permanent collection of formidable Croatian greats, including local Dalmatian painter Vlaho Bukovac. The regularly changing displays feature important and challenging works by international and domestic artists, and there’s usually a summer blockbuster show (the last major exhibition here was a Francis Bacon retrospective). This is the centre for cerebral events and arty happenings, so make it the first stop on your gallery trail.

This two-store gallery is dedicated to the Croatian masters. Set in a beautiful house next door to the Rector’s Palace, the permanent collection shines a light on canonical painters Ivo Dulčić, Antun Masle and Ɖuro Pulitika. It’s a rewarding journey through local themes, and Pulitika’s primary-coloured kaleidoscopic landscapes are particularly impressive. The upper floor is dedicated to changing exhibitions by contemporary artists.

Insider tip: Look out of the windows: there’s an incredible view of the Cathedral next door.

Established by a New Zealand photo correspondent who settled in Dubrovnik after the Croatian War of Independence, War Photo Limited offers a disturbing insight into recent history. Through uncompromising images of conflict, the gallery aims to explode the myths of modern warfare, examining the struggle of innocent people and the value of human life. These days, as you wander Dubrovnik’s medieval promenades, its hard to imagine that this city was hammered by artillery just a few decades ago. The bullet-holes which once pockmarked the Old Town have long since been covered up, but as borders become mainstream and fascism gains political ground in Central Europe, organisations like War Photo Limited are more important than ever. The permanent collection on the second level is dedicated to the Siege of Dubrovnik, and the first-floor features changing exhibitions by internationally celebrated conflict photojournalists.

Insider tip: Read up on the Croatian War of Independence to gain some context before you go. 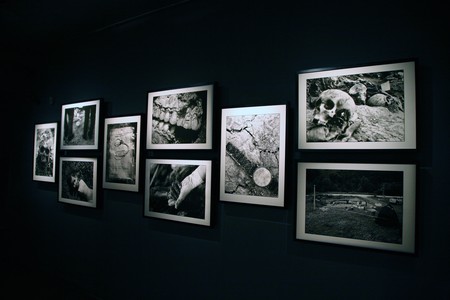 An excellent showcase of contemporary paintings by Croatian-American artist Selma Hafizovic, whose work regularly exhibits in top New York and London galleries. Her work is characterised by bold, colourful and thoroughly modern compositions, a far cry from the traditional works exhibited in many of Dubrovnik’s smaller galleries.

Insider’s tip: Hafizovic’s work is still pretty affordable, so consider buying a piece before it really takes off.

Insider’s tip: Look out for a book by the Italian cartoonist called ‘Dubrovnik’. The artist was invited to Dubrovnik by the gallery’s owner Tea Batinić, a creative relationship which culminated in this one-of-a-kind book, with 35 stories written by Batinić, and illustrated by Cavandolli.