Amazing Day Trips to Take From Trogir, Croatia, by Boat 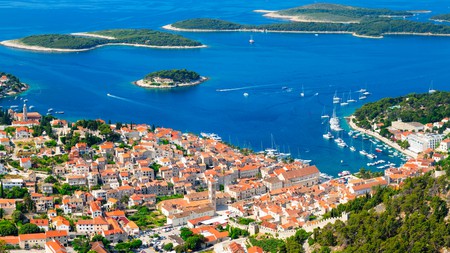 The Pakleni Islands are a short trip from Hvar but they feel a world away. | © Markus Lange / robertharding / Alamy Stock Photo

Founded by ancient Greek colonists over 2,000 years ago, Trogir is one of the oldest urban communities in the Adriatic. In its lengthy history, the city has collected a wealth of influences, both cultural and architectural. However, this Unesco World Heritage Site is perhaps best-known for its extraordinarily well-preserved medieval Old Town and the church of Saint Lawrence, built in the Romanesque-gothic style. Beyond its intriguing architecture, Trogir prides itself on its longstanding shipbuilding tradition, and is one of the fastest-growing ports for sail-tourism in Croatia, boasting two yacht marinas. Here, we reveal some of the best day trips you can take on the water from this charming town

To explore the Croatian coast in style, there are hundreds of charter options through SamBoat. 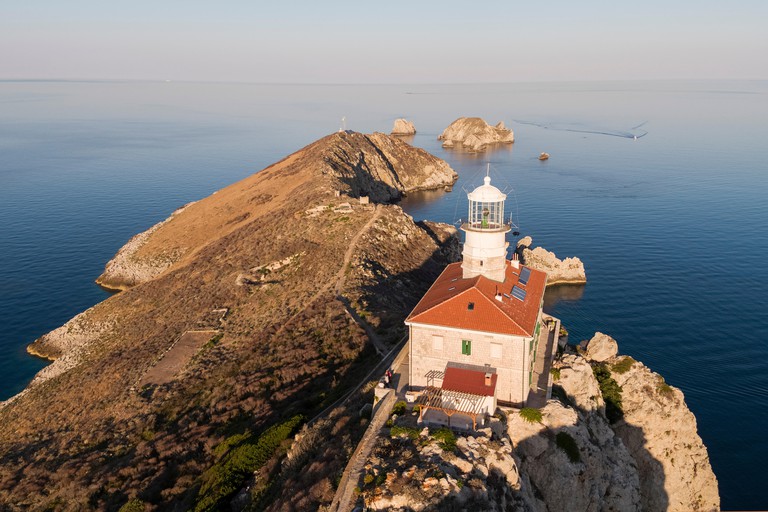 © Goran Šafarek / Alamy Stock Photo
Palagruža is a tiny archipelago in the middle of the Adriatic Sea, composed of one larger island called Vela Palagruža (“Great Palagruža”) and a smaller one called Mala Palagruža (“Little Palagruža”) . As you wander the rugged, uninhabited islands, you might feel like Robinson Crusoe, or even Chuck Noland from the film Cast Away. On Palagruža there is a magnificent lighthouse of the same name, which was built in 1875 and is now available for visitors to stay the night. 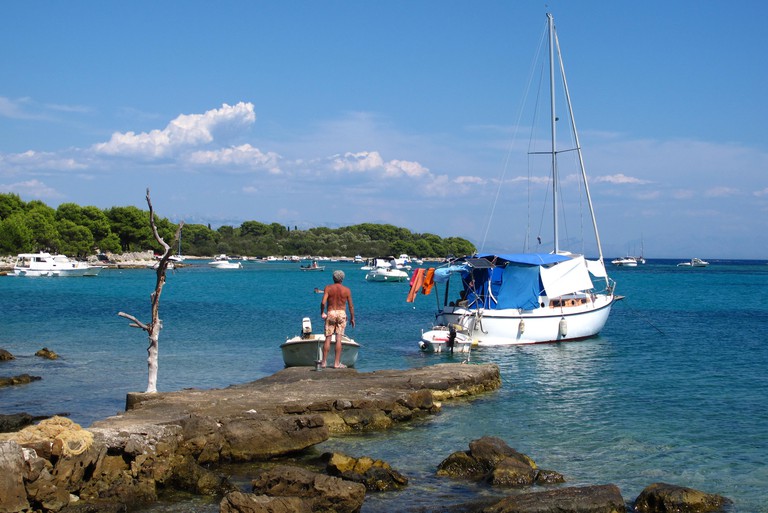 © Bumble Dee / Alamy Stock Photo
Situated eight nautical miles (2km) from Trogir, this small island is home to just under 200 people and is completely car-free. On the south side of the island, you’ll find the gorgeous Solinska Bay, which is perfect for a spot of swimming. Over on the eastern coast of Drvenik Mali is the stunning Krknjaši Bay, where you can swim, snorkel or simply relax on the pebbly beach. This is also where you’ll find several restaurants serving a mouthwatering array of fresh seafood. 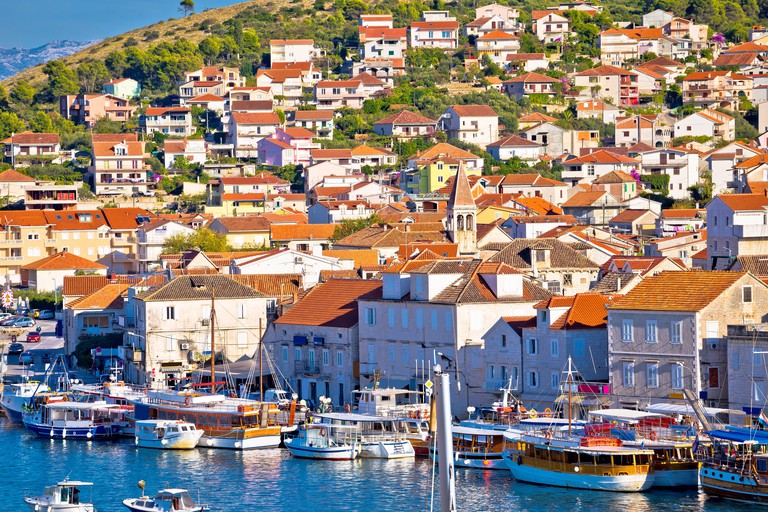 © Dalibor Brlek / Alamy Stock Photo
If you’re looking for some privacy away from the tourist hordes, this secluded island features plenty of hidden bays with pristine beaches. Some of Čiovo’s most spectacular stretches of coastline include the pebble beach of Okrug Gornji, where you can try parasailing and windsurfing, as well as Mavarstica, with its white sands and impossibly blue waters. If you prefer exploring the island on foot or by bike, there are more than 20km (12mi) of trails to check out. 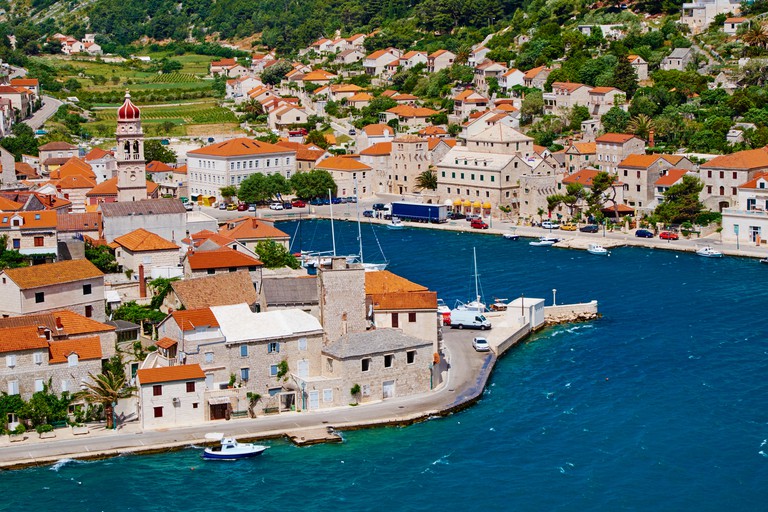 © Tuul and Bruno Morandi / Alamy Stock Photo
Most visitors to Brač – the largest island in Dalmatia – will head straight to Zlatni Rat, also known as Golden Horn Beach, but those in the know make a beeline for the south side of Brač instead. Here, you’ll find hidden gems such as Farska Cove, with its picturesque shingle beach and lush vineyards that extend out to sea, as well as Murvica, a charming village with a golden strand of beach, and a short hike from the mysterious, monastic Dragon’s Cave. 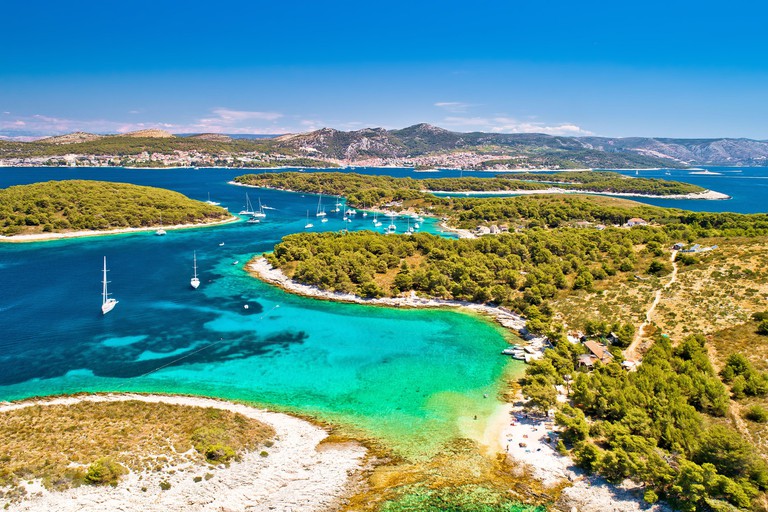 © Dalibor Brlek / Alamy Stock Photo
Sometimes referred to as the Paklinski islands, this postcard-worthy chain of islets is located off the southwest coast of Hvar. Cast inhibition to the wind at clothing-optional Jerolim Island, before enjoying an afternoon snorkelling in the beautiful, calm waters surrounding Mlini Beach. Finally, cap off a perfect day in the Mediterranean with a cocktail (or two) at the popular lounge-bar Laganini, in Palmižana Bay. 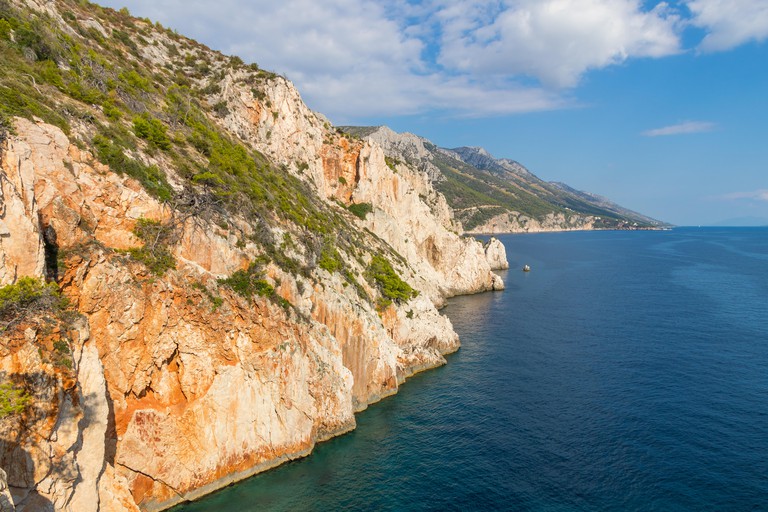 © Oliver Wintzen / Alamy Stock Photo
Previously a popular lobster-fishing spot, this natural attraction of burnished red limestone rocks dropping dramatically into the sea is now a popular excursion for island-hoppers. Drop anchor and go for a swim around the rocks – on the right, there is a small cave with a pebble beach at the end. If you’re feeling brave, head to the left side of the rocks, where you can climb 15m (50ft) above the sea. 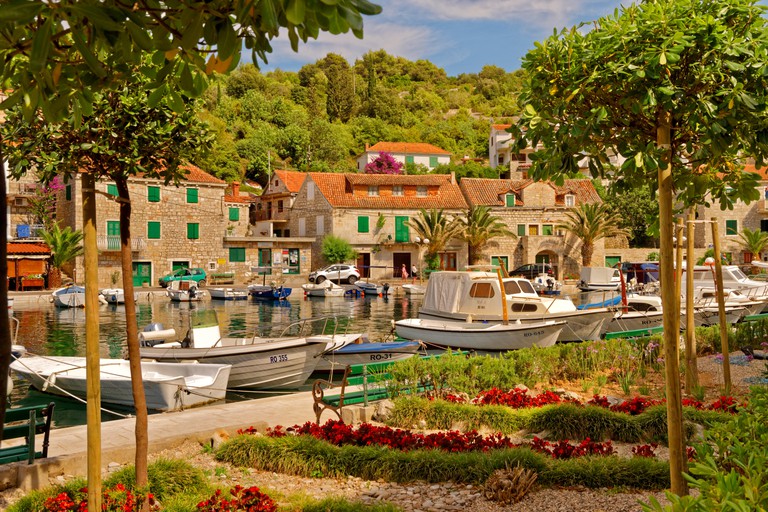 © Roy Conchie / Alamy Stock Photo
On the southern side of Šolta you’ll find many secluded bays, such as Tatinja and Sesula, where the sea sparkles under the bright Mediterranean sunshine. Stretch out on the sand with a good book, take a dip in the invitingly cool waters or enjoy a breezy brunch at one of the waterfront restaurants. Don’t forget to try some Dobričić wine, which is made from indigenous island grapes. 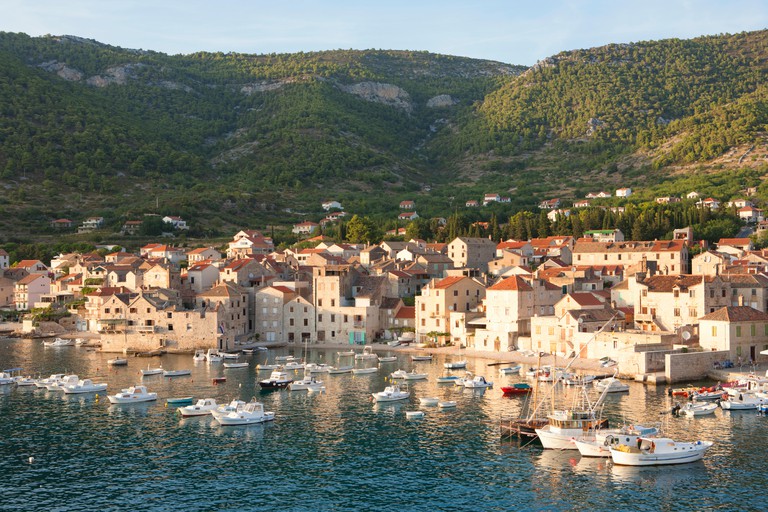 © KATE NOBLE / nobleIMAGES / Alamy Stock Photo
Formerly a Yugoslav military base, today, Vis is a laid-back, low-key holiday spot. For adventure seekers, book yourself a dive trip to explore the wreck of the historic army ship Vis, which rests 250m (820ft) off the coast in excellent condition. If wrecks are not your thing, head over to stunning Stiniva Beach, which was once voted “Most Beautiful Beach in Europe”, or Smokova, a quiet and arrestingly beautiful bay with ideal swimming conditions.

Zoom away from Trogir and explore the coastline by hiring a vessel through SamBoat.