A Guide to Sailing in and Around Croatia 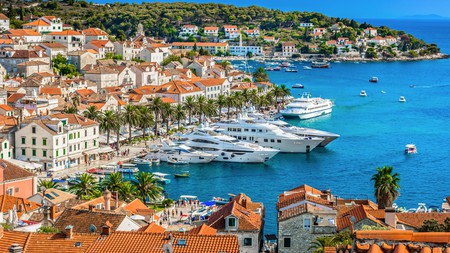 Dramatic mountain backdrops, crystal clear waters and more than 1,200 islands, islets and reefs make Croatia a sailor’s paradise. Onshore it’s special, too – from the nightlife of Hvar to stunning nature parks like the Krka waterfalls and magnificent Roman architecture such as Pula’s amphitheatre. When it comes to settling down for the evening, choose from a five-star marina, an idyllic anchorage, or a medieval town port with a summer festival in full swing. Here, we reveal how best to see this geographically diverse country by boat.

Explore Croatia’s stunning coastline and islands for a day by chartering a vessel with SamBoat.

What to see and do in Croatia

Diocletian’s Palace in Split is a fine example of Croatia’s living history – vast Roman palace walls surround a maze of squares and alleys throbbing with cafes, bars and boutiques. Nearby, the Unesco-protected town of Trogir serves up yet more enchanting cobbled squares and stone houses. Istria – which is Croatia’s heart-shaped northern peninsula – has an Italian feel and it is dotted with marinas making it easy to navigate.

Meanwhile, the region’s magical Brijuni islands remain a magnet with jet setters and luxury yachts are commonplace. The 14 islands – which were once used as the private residence of President Tito of Yugoslavia – now comprise a national park. Heading southwest, the Kornati islands are another area of natural beauty. The region was declared a national park in 1980 and you must purchase an entrance ticket to navigate the network of 89 islands and islets within it.

Other islands worth marking on your map include Vis, which has a fascinating history, and Lošinj, known for its health-giving qualities, as well as Korčula, the reputed birthplace of Marco Polo and Mljet, revered for its remarkable saltwater lakes. Back to more bustling spots, Dubrovnik’s city walls and the celebrity status of Hvar have been fêted for decades, but Zadar and Šibenik are rising stars on the Dalmatian mainland. 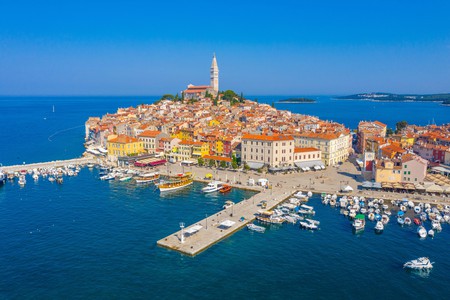 Almost everywhere you cruise, there’s a ready choice of marina, port or anchorage. Of the fifty plus marinas, nearly half are state-owned. From ACI Marina Split, you are just a short walk from Split’s historic city centre and its sandy beach, Bačvice. With over 300 berths for vessels up to 90m (295ft), it’s a popular destination and therefore, best to book ahead – although there are a handful of other good quality marinas nearby. Close to Split are the islands of Brač, Hvar and Šolta – with some stand out anchorages including Sv Klement, near Hvar town. 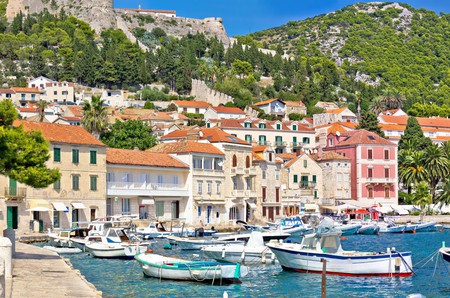 Where to eat and drink in Croatia

Pelegrini – by Šibenik’s Unesco-protected Cathedral – was one of Croatia’s first Michelin starred restaurants and now there are 10. However, on the coast, Croatia is best known for its simple cuisine and fresh fish. Meat or octopus, slow-cooked in a bell-shaped cooking vessel (peka) is a traditional choice, as is a lamb on a spit. You’ll also find some very special wines and brandies (rakija), as well as high-quality olive oil. In Split – as with most towns – there’s an enormous choice of restaurants including Restaurant Kadena offering magnificent views and elegant classic Croatian food. The smaller, more rustic, Konoba Matoni has some appetising vegetarian options in its traditional menu – from grilled eggplant in Dalmatian sauce to three types of quinoa with raw zucchini zoodles. 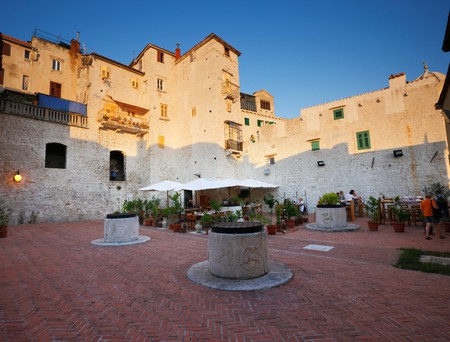 The best charter options in Croatia

SamBoat has hundreds of charter options all along the coastline, many based in or around Split. From there, the islands of Hvar, Brač and Šolta – and the historic towns of Trogir and Šibenik – are all in easy reach. Dream Yacht Charter has plenty of vessels based in Dubrovnik, Trogir, Zaton, near Šibenik, and Pula, from monohulls to catamaran, so there’s a boat and an itinerary for everyone.

Where to get groceries in Croatia

Many marinas have on-site supermarkets – main towns like Split have plenty of hypermarkets although not always that close to the marinas. The street market – where you can find almost everything – is well worth a visit but, for vegetables and fish, it’s best to get there soon after the 6:30 am start. 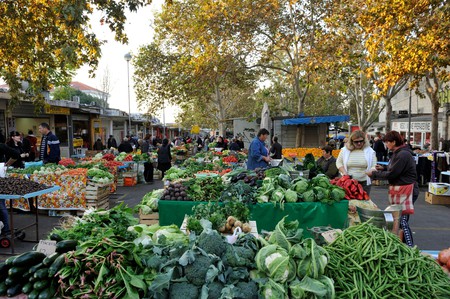 The Easter Regatta in Hvar usually marks the start of the sailing season with the more extreme 110mi (177km) Jabuka Regatta – starting from Vodice, closing it in mid-November. In between are the Vis, Fiumanka, Mrduja and the 1,000 Islands regattas. The two main Boat Shows are in Split in April and Biograd in October.

Climate and weather in Croatia

The Croatian coast has a Mediterranean climate with hot summers and mild winters. Strong northeast Bora winds are a rare feature in summer but can whip up suddenly with little warning – gathering speed as they drop down the mountains to the coast, sometimes resulting in gale-force gusts. The Jugo, from the southeast, is easier to spot and often brings stormy weather. Tides are negligible, although currents can be strong in certain areas – particularly along narrow canals. 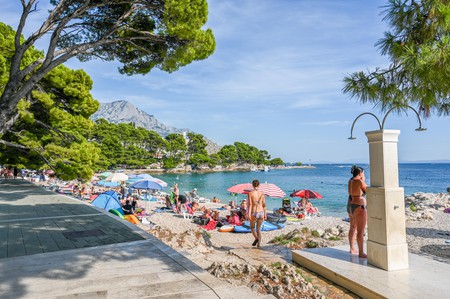 How to get to Croatia

Split, Zadar, Pula, Rijeka and Dubrovnik all have international airports. Most flight schedules reduce substantially outside the summer season, but you can usually find a scheduled flight to the capital, Zagreb and then a local connecting flight. The state-owned ferry service is a fabulous way to travel around the coast and also connects Croatia to Italy.