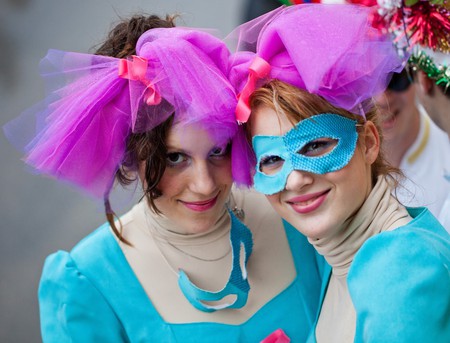 The isolated community of Lastovo, a tiny island way out past Mljet in southern Dalmatia, stages Croatia’s wildest pre-Lenten carnival. It may not be the biggest (that’s Rijeka’s), but this one sees the whole population go bananas.

So extreme was Lastovo’s Poklad carnival in medieval times that the authorities had to ban it. Pre-Lenten celebrations have long been common throughout the Christian world, a energetic release to mark the end of winter and coming of spring. Some even have roots in pagan fertility rites.

Here on remote Lastovo, these elements still have resonance in today’s revived carnival, but the most important factor is mockery of the Turk. Feared and loathed in equal measure, Turks constantly threatened the island and coastal communities of Croatia. Every February, Lastovo islanders took out their fear and frustration on a puppet, poklad, dressed in a fez. 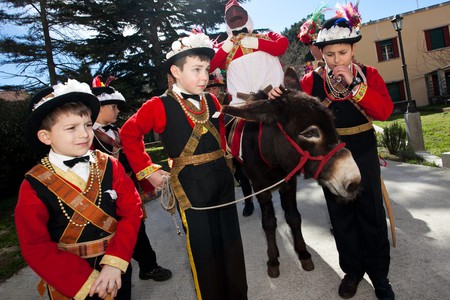 They still do, creating and dressing the straw puppet the day before Shrove Tuesday. Unlike Rijeka–which attracts many foreigners among the 100,000-strong carnival crowd–Lastovo is all about local tradition. This is a rite for islanders, re-enacted by islanders, and always held on the night before Ash Wednesday.

After making the poklad, the unfortunate puppet, there follows another ritual of going door to door, each visit invariably accompanied by a glass or two of rakija spirit. Poklad participants must also collect eggs, part of the fertility element of the next day’s celebration. 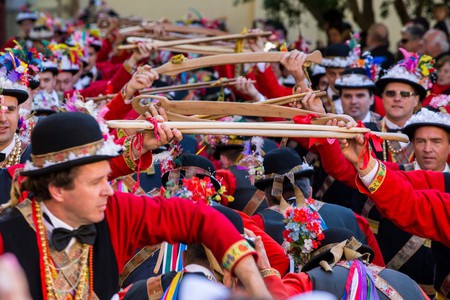 All this is the night before, of course, so everyone is well and truly merry before the Shrove Tuesday gathering. Late morning, with little sleep the night before, the carnival procession sets off, interspersed with the occasional sword dance (not unlike the Moreška as practised on Korčula).

The procession comes to a communal halt by the tree, where the poklad puppet will be ritually disembowelled, having been sent down from a nearby hillside by a length of rope. It is also showered with firecrackers. As dancing breaks out, the menfolk are joined by masked village women. Some will also be carrying the eggs collected the night before.

What then follows is best described as merriment.

Lastovo makes no special provisions for tourists over carnival time, although private rooms should be available. At least one catamaran and one ferry service links with Split every day in February. The catamaran takes just over three hours, the ferry four-and-a-half. See Jadrolinija for details.