Zooming Through Zagreb: a Bike Tour of the Croatian Capital 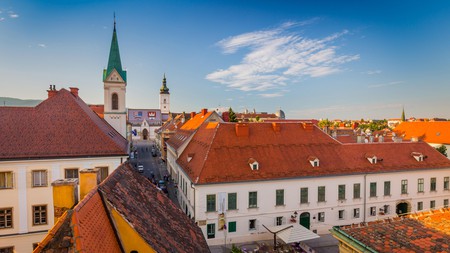 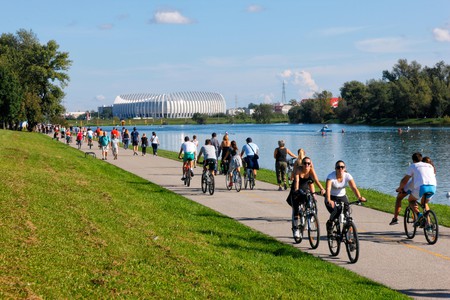 Croatian cuisine, neo-Gothic architecture and hidden pockets of nature are ripe for exploring in Zagreb – and you can see them all on your own terms. Whip out your helmet and join the city’s 200,000 active cyclists on the central cobblestoned streets and in the urban forest. Make the most of your day pedalling across the Croatian capital with this tailor-made cycling itinerary.

Start your cycling sojourn with Nextbike

With 20 locations across the city and more than 10,500 users, Nextbike is the go-to bike service for cyclists in Zagreb, and it’s also the city’s first public bike-sharing system. Create an account and proceed to choose your chariot: a regular bike will cost you 5HRK (£0.60) for 30 minutes, while an electric bike is 10HRK (£1.20) for 30 minutes. Nextbike allows payments via credit card and text message, so you can pay as you cruise and easily add more time if you need to. 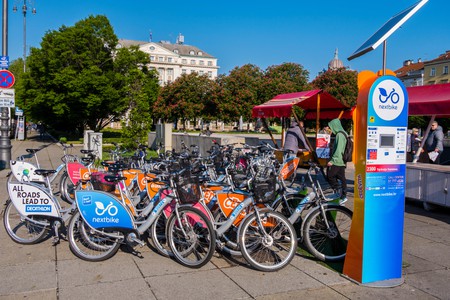 Prepare to pedal with a hearty breakfast

Get underway at Korica, an artisanal bakery located in the heart of Zagreb on Preradovićeva Street where you can load up on energy with speciality pastries, from butter caramel brioches and PB&J cruffins to protein-packed breakfast pies. Find a spot to savour it all among the interior’s geometric-patterned walls and industrial-style lampshades, or grab a sandwich to go. As you chow down, enjoy the taste of bread made only from flour, water, yeast and salt: additives don’t exist here.

Travel through time at the Archaeological Museum

Head east down Baruna Trenka Street and turn left once you hit Trg Josipa Jurja Strossmayera. Continue straight, pausing at the verdant Zrinjevac Park to your right. Admire the 220 plane trees guarding the park’s flanks and its central 19th-century music pavilion, which plays host to open-air concerts year-round. A two-minute ride from Korica, on the left side of Zrinjevac Park’s northern end, sits the Archaeological Museum. Spend an hour or two meandering through exhibits, including a mummy from 4th-century BC Zagreb and the longest Etruscan inscription ever found. 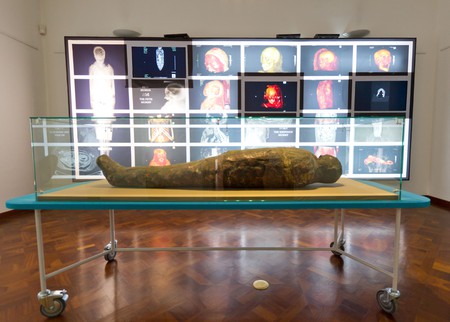 “A green oasis hidden in the very centre of Zagreb” is how mountain biking competitor Luka Ištuk describes your next stop: Tuškanac Forest, also known as the “lungs of Zagreb”. Luka, a Zagreb native, explains how the forest is “one of the best spots in the city for lovers of mountain biking, even beginners”. To reach Tuškanac (an eight-minute ride away), take Praška Street north to the main square, then take a left. Head straight down Ilica Street, then left onto Dežmanova Street, which leads to the forest. Gallivant through the intertwining tracks of Zagreb’s hilly answer to Central Park.

With top-notch Mediterranean food and a casual atmosphere, Lari & Penati is the perfect place to fill up for an afternoon of adventure. Find it in under 15 minutes by heading back down Dežmanova Street, taking a left onto Ilica Street. After a right onto Petrinjska Street, you’ll see the restaurant – with funky decor including walls lined with hanging pots and pans, it’s hard to miss. Lari & Penati (named after Roman gods) has a menu that changes daily, but expect a tasty selection of soups and starters along with hearty meat and seafood entrées.

Your next destination is the marvellous Maksimir Park, a 20-minute ride away. To get there, you’ll cross a part of the city with a grittier flavour than the centre, full of graffiti-adorned concrete skyscrapers from the bygone socialist era. First, head north from Lari & Penati and turn right onto Pavla Hatza Street. Take a slight left onto Kneza Mislava Street and follow it to the Square of the Victims of Fascism; with the Meštrović Pavilion at its centre, it’s a stunning photo op. From there, follow King Zvonimir Street east until you reach Svetica Street, then turn left and arrive at Maksimir. Take pictures of any funky street art that catches your eye along the way.

Get lost in southeastern Europe’s first public promenade. Maksimir Park opened in 1794 and has become one of Zagreb’s most-visited locations, loved by the city’s cyclists, joggers and picnickers. Roam around the park’s 740 acres of sprawling forests, English-style gardens, and five lakes. Along with enchanting 19th-century gazebos, eclectic sculptures and Victorian-style lamp posts, Maksimir is also home to the Zagreb Zoo. 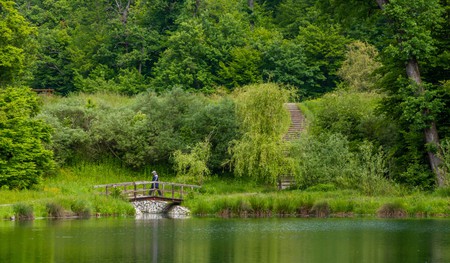 Polish off a pizza at restaurant Duksa, just two minutes from Maksimir. Exit the park heading north up Bukovačka Street, turn left onto Benkovićeva Street, then take a right onto Duknovićeva Street, where Duksa awaits on your left (alternatively, just follow the smell of fresh dough and basil). Within the colorful interior adorned with fairy lights and family photos, choose from pizzas including “When the Lambs Aren’t Silent” (featuring sheep’s cheese and prosciutto) and “Shiitake Happens” (with shiitake mushrooms and fresh basil).

Kick up your feet at Svijet Piva

For the final leg of your tour of Zagreb, let loose at Svijet Piva (meaning ‘World of Beer’). The pub is just a five-minute ride away from Duksa: head south down Duknovićeva Street, take a left onto Benkovićeva Street, then a right onto Bukovačka Street. Ride a few minutes westward onto Maksimirska Street and find Svijet Piva on your right. The local craft-beer selection includes Zagreb-favorite Zmajsko (meaning ‘dragon’), while foreign beers include O’Hara’s and Mikkeller.