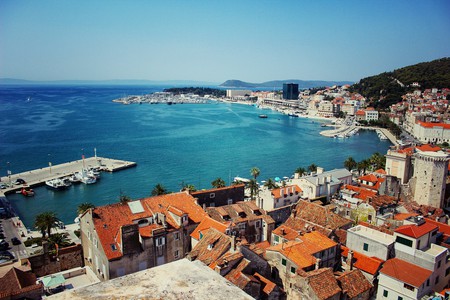 No longer just a launchpad to Dalmatia’s islands, Split has successfully shaken off its one-time image as an industrial backwater, reinventing itself as a city where antiquity and urban life fully intersect. These days, visitors revel in its laid-back city vibe, and the intricate knot of cobbled streets which make up the central Diocletian’s Palace throbs with activity in summer. Here are some reasons why Split should be on your travel radar in 2017.

You can dawdle around a Roman Palace

Split, or Croatia’s second city, is the second-largest after the capital Zagreb. Its historic centre is situated inside a Roman palace, but isn’t just a pretty seaside attraction: Diocletian’s Palace is a fully-functional high street, home to Split’s leading commercial outlets and the thumping heart of the city’s restaurant and nightlife scenes. Designed to house the noble Emperor Diocletian, and the shackled serfs that served him, the Palace’s shell is spectacularly well-preserved for a Roman ruin, abandoned for several centuries after its construction and the fall of the empire. In the 7th century AD, local refugees fleeing a Croat invasion carved out a life in the trestles and alcoves of the abandoned palace, and it’s been in use ever since. 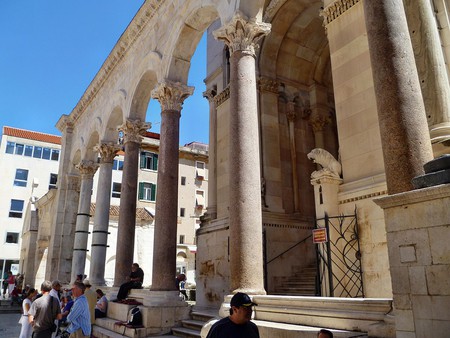 You can experience Dalmatian coffee culture

The stereotypes are true: Dalmatians spend an incredibly long time drinking coffee in the sun. Coffee culture is sacrosanct in Dalmatia, and a coffee here doesn’t just mean a quick cup of joe, it’s at least a couple of hours’, or even an entire afternoon’s, commitment. It’s a tradition Croatians treat with a reverence that borderlines on holy. Embrace it. Spend a non-strenuous afternoon sipping frothy kava on a sun-drenched terrace, watching pedestrians threading through Split’s narrow cobbled streets, and acclimatise to the lazier, laid-back Dalmatian pace of life. Be warned: if you order za van (coffee-to-go) you’re likely to be met with a cool, incredulous stare. 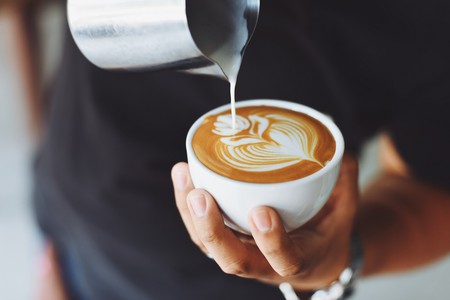 You can hit the beach

Croatia is famous for its sweeping beaches and rocky coves, and the ocean-hugging Split boasts plenty of them. The main city beach Bacvice is a dawdling distance from Diocletian’s Palace, and lends itself to something of a double life. Family-friendly in the day, and a hedonistic nighttime jaunt in the evening, it’s a non-stop 24-hour tourist throng. If you don’t feel like jostling for a place to lay your towel, or if you’re angling for a more secluded experience, continue walking south of Bacvice to Trstenik. A pleasant shingle beach enclosed within a large cove, it’s a sedate spot for sunbathing, plus its shallow waters and modest beach facilities make it perfect for young families. There’s an expanse of even quieter, rocky beaches a trek or a short drive away from Split city centre. 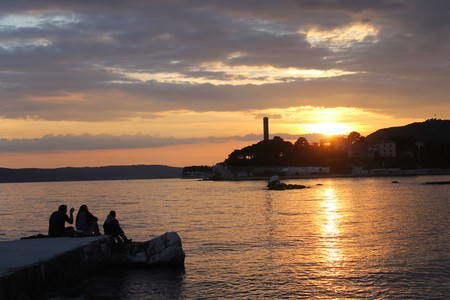 You can party all night

Split’s increasingly bustling nightlife scene is shaping up to be an attraction in itself. Six years ago, the obscenely popular electronic dance music bash Ultra ventured onto Croatian shores from its Florida-homeland, transforming into the juggernaut of the commercial dance music scene, with a three-day stadium fest resplendent with flashing lasers, fireworks and Day-Glo. Needless to say, the spectacle attracts a regular cascade of party-loving punters from all over Europe. The event has subtly augmented Split’s late-night offerings, with more year-round clubs and party hovels open than ever before. 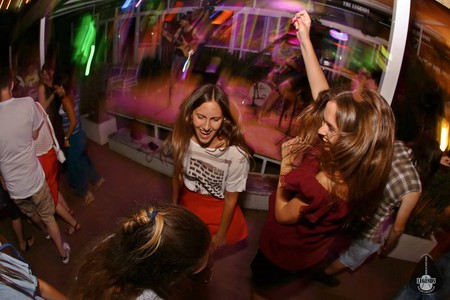 You can go island hopping

Split is the region’s main transport point and it’s an easy reach to the islands of Hvar, Vis and Brac. It’s worth taking some time to explore this spectacular string of pearls. Although just a short ferry ride from each other, these islands couldn’t be more culturally distinct. Hvar is a glitzy, boisterous party island with a cluster of chic VIP-facing hotels and clubs, and a marina stuffed full of luxury vessels.

Brac, the nearest to the mainland, has a far more modest view of itself. There are smatterings of glamour here, with a cluster of cocktail bars and swanky resort style hotels dotted around Bol town and its glittering beach centrepiece Zlatni Rat, but the island is large and diverse enough to also inhabit nature explorers and backpackers.

The furthest, Vis, is a gorgeously remote, craggy island with a laid-back rural vibe. Designated as a military base, and closed off to tourism until 1989, Vis hasn’t yet been invaded by the hordes of tourists that swarm the Dalmatian coastal hubs of Split, Dubrovnik or Hvar. It’s beginning to surge in popularity, so take a trip here for a more authentic Adriatic experience. 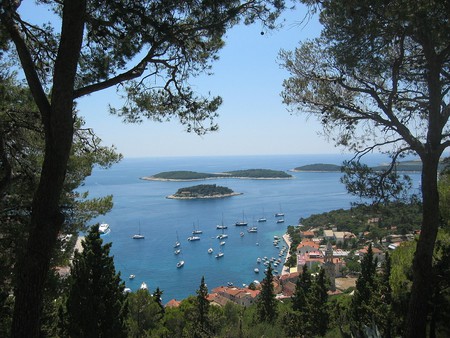 Hvar, Croatia | © Pixabay
Give us feedback