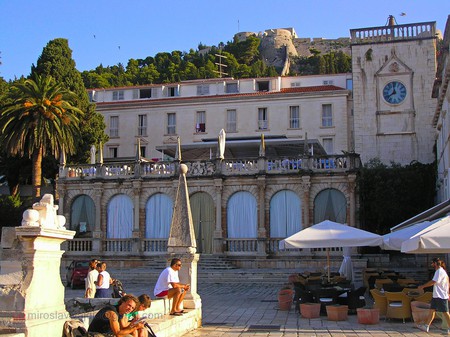 Capital of Dalmatia, Split isn’t just a historic destination with its own beach, bar scene and boutique hotels. It’s also the main transport hub of the Croatian south, with a major harbour across from a busy bus station. Read on to discover the best island hops, Roman remains and coastal outings all at hand. 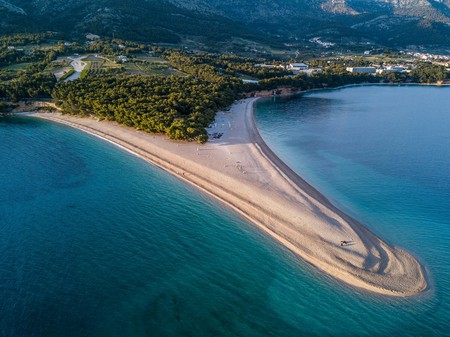 The closest of the three main islands served from Split’s main port, Brač is an hour away by regular ferry, the first scheduled for early morning, the last approaching midnight. The foot-passenger fare is the price of two beers once you arrive into Supetar, its harbour lined with terrace bars and restaurants. From there, family-friendly swimming is a ten-minute walk or you can take a nearby bus to Bol an hour away. There you’ll find sandy Zlatni Rat, Croatia’s most famous beach. 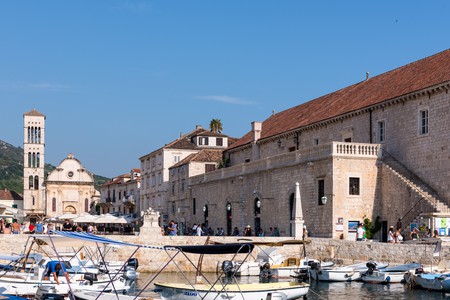 Hvar epitomises Croatia’s recent tourist boom. The name of both a long, lavender-decked island the other side of Brač from Split and the main town near its south-western tip, Hvar is where princes, oligarchs and famous actors go to party. They arrive by private yacht or helicopter, everyone else takes the morning catamaran from Split that skims over the Adriatic in just over an hour. Hvar Town Harbour is where the action is, lined with cocktail bars and seafood restaurants beside a pretty cathedral square. 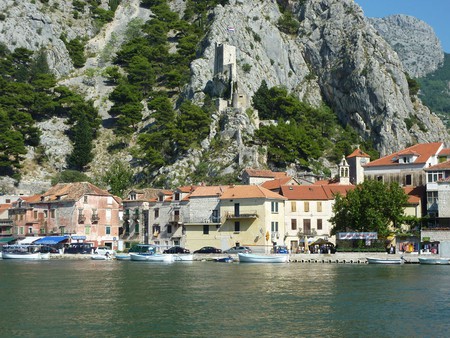 A 40-minute ride by regular bus south of Split towards the Makarska Riviera, Omiš provides a taste of traditional Dalmatia. A former pirate stronghold at the mouth of the Cetina Gorge, Omiš is all narrow alleyways and ruined fortresses, steep staircases and stunning views across the islands. It’s perfect for a morning’s wander if you have no particular agenda and a strong pair of legs. It’s also the unofficial capital of klapa, a strangely intoxicating form of unaccompanied singing, usually by male-only choirs, that you may hear practised in restaurants, bars and even on streets and squares. 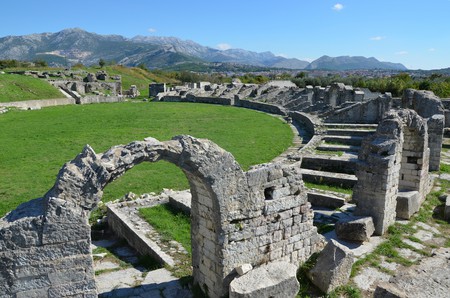 Split may look like a grand Roman showpiece but the provincial capital in Diocletian’s day was nearby Salona. Before it was sacked by Avar and Slav tribes in the 600s, Salona was home to 60,000 people, an amphitheatre, an aqueduct, public baths, a forum and a theatre. Its citizens fled to settle in Split. Today the town is called Solin, some five kilometres (three miles) north of Split. Remains of the old Roman city are still very much in evidence and the amphitheatre that once held 18,000 people is close to the main road to the airport, served by regular city bus 37. 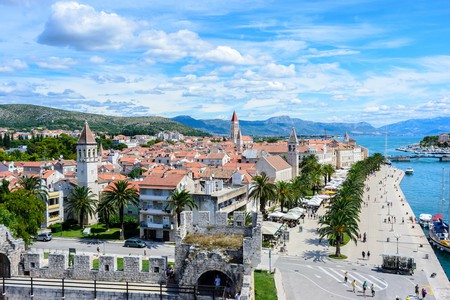 Just the other side of Split Airport, historic Trogir spreads over two islands, one almost completely taken up by a uniquely preserved Venetian centre awarded UNESCO World Heritage status in 1997. As you arrive from Split 25 kilometres (15.5 miles) away, neither the bus station nor 24-hour market on the mainland hint at the treasures waiting across the bridge. Much of what you see of the churches and Duke’s Palace, dates from the 13th century, including the prime sight of the Cathedral, with the year of 1240 carved into its intricate portal. Across another bridge, Čiovo contains the better hotels and restaurants on its waterfront.