5 Beaches Within Reach of Dubrovnik, Croatia

Dubrovnik | © Arnie Papp/Flickr | Arnie Papp/Flickr
Pushing through the crowds of Dubrovnik’s perpetually busy Old Town, it’s hard to believe that there are beaches within a very short walk through each of its two main gates. Venture a little further, and you’ll find a perfect beach at Sveti Jakov, a family-friendly one in Lapad, and several secluded ones on the nearby island of Lokrum.

Natural Feature
Dubrovnik’s main city beach can be reached via a short walk from the Old Town, through the Ploče Gate by the Revelin fort, to the destination where everyone will be heading. Banje is quite regimented, with sun-loungers and parasols for hire, and a bar/restaurant alongside that turns into a nightclub after dark. What you lose in seclusion – it’ll be crowded – you make up for in convenience. The water is still crystal clear, and you’ll have that winning view of the City Walls once you swim out.
More Info
Open In Google Maps
Dubrovnik, Dubrovnik-Neretva County, 20000, Croatia
+385993146485
View menu
Visit website
Visit Facebook page
Send an Email
Give us feedback

Unless they’re on a lunch break from work, locals tend to avoid the crowds of Banje and head along tree-lined Vlaha Bukovca, past the five-star hotels, to the edge of town towards Cavtat. Sveti Jakov is reached via a long set of stairs that leads to a shingly, pebbly beach with a handful of people in the area. Above is the abandoned Hotel Belvedere, site of famous DJ parties not too long ago. Aside from a bar/restaurant, Sveti Jakov also has showers and, most of all, a simply fabulous sunset, with Dubrovnik Old Town in the background. 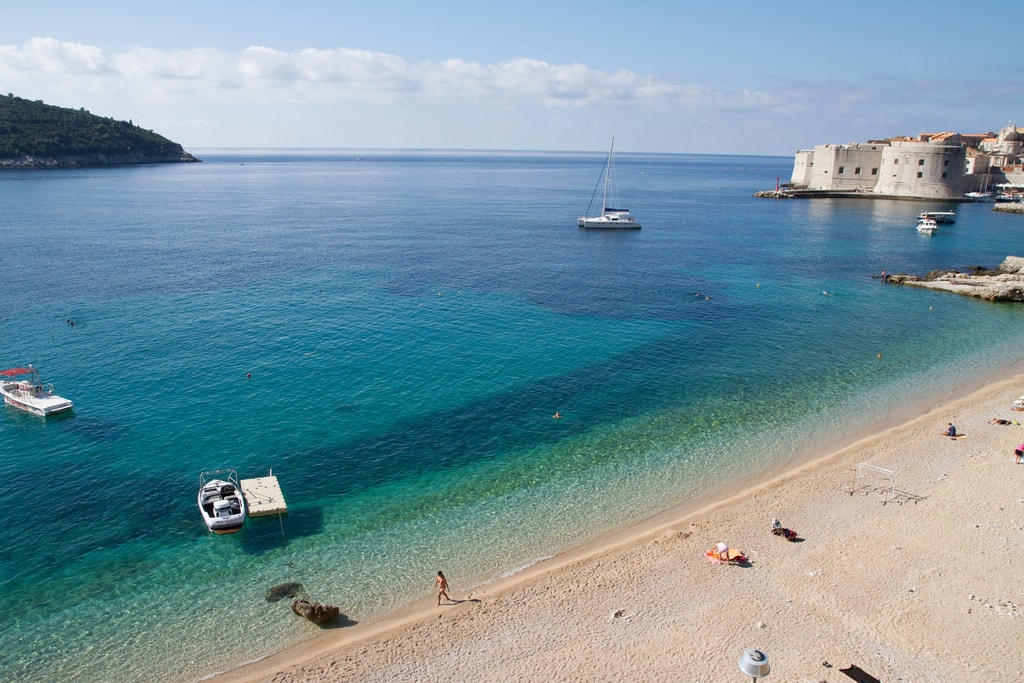 Ever-busy, family-friendly Lapad is the beach that serves those staying in the nearby hotels, most notably the Kompas complex. Safe and enclosed, Lapad features a popular waterslide and attractions such as a communal trampoline and fairground games around the shaded area behind the beach. Bars and restaurants line the northern side of the bay, each with a terrace to watch the holiday fun unfold. 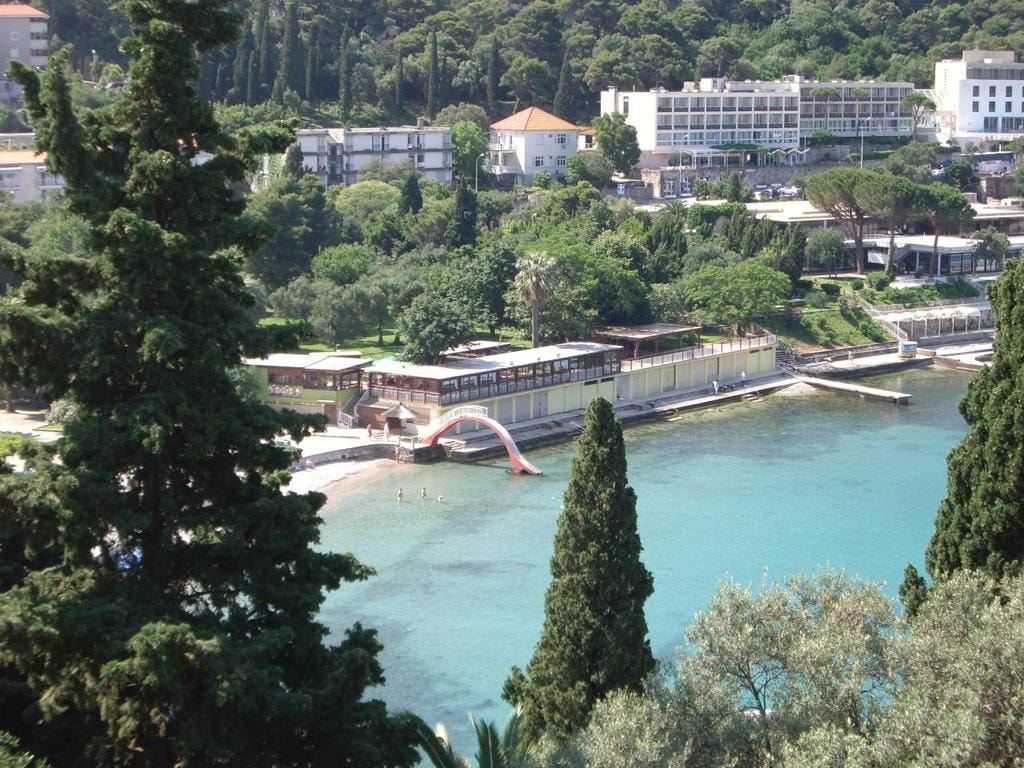 Natural Feature
Lokrum | © Arnie Papp/Flickr
Accessed by a cheap, and quick taxi boat from the harbour beside Dubrovnik’s Old Town, Lokrum offers a whole island’s worth of hidden coves and secret beaches. None have names, few if any have signposts, but all can be reached by a path or trail that you’ll find if you follow your way through Lokrum’s verdant hinterland. Some beaches are naturist but if this puts you off, you can easily find a different one nearby with a little exploration.
More Info
Open In Google Maps
Dubrovnik, Dubrovnik-Neretva County, Croatia
View menu
Visit website
Visit Facebook page
Send an Email
Give us feedback

Dramatically set beneath the landmark fortress of Lovrijenac that guards the western end of the Old Town, Šulići is only a small half-moon of beach but a surprisingly underused one, considering its proximity to the historic attractions alongside. Also referred to as Penatur, Šulići has few features, and you’ll have to bring your own sunshade if required, but it can provide a welcome end to a hard day’s sightseeing amid the tourist crowds. At certain points in the summer, you’ll see young locals out in the water, practising their skills for the upcoming sea water polo tournament held between teams representing the city’s beaches. 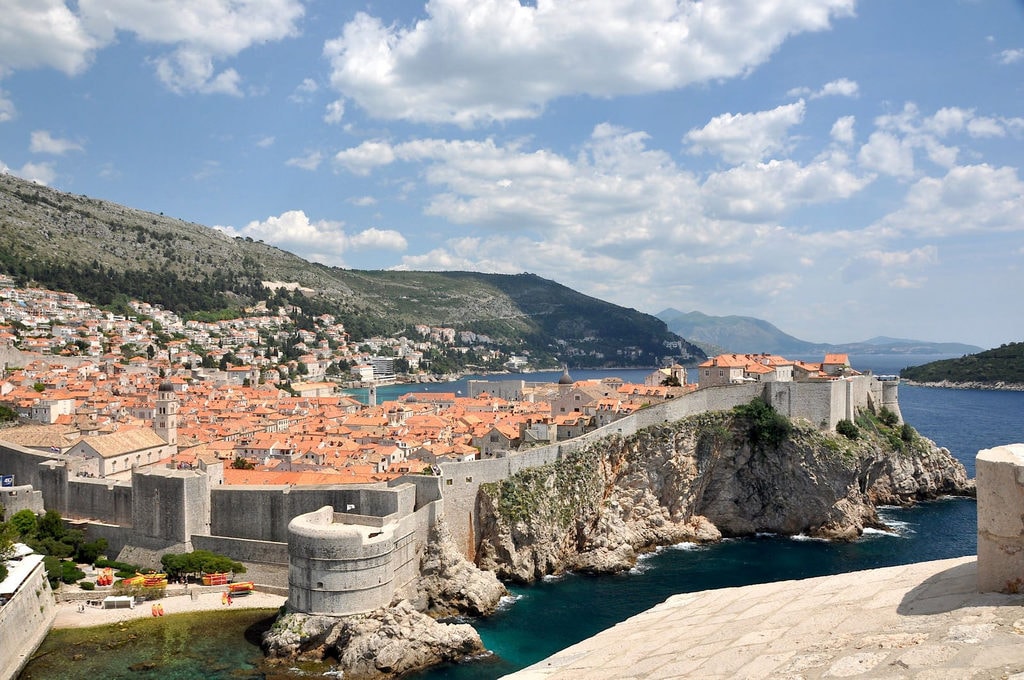