Dubrovnik | © Ivan Ivankovic/Flickr
Stunning national parks, historic cathedrals and Roman palaces are among the essential attractions to be found in Croatia, from Zagreb to Dubrovnik. Displaying striking natural or man-made beauty, some were created in relatively recent times, adding to Croatia’s current status as one of Europe’s prime tourist destinations.

Park
Krka National Park | © Hotice Hsu/Flickr
With its crashing cascades and plentiful wildlife, Krka National Park is a stunning attraction near Šibenik. Accessible by boat or boardwalk, it draws nearly 1 million annual visitors, who marvel at the waterfall of Roški slap, the island monastery of Visovac and the lagoon of Skradinski buk.

A retirement home for a Roman emperor and a garrison for his troops, Diocletian’s Palace is a warren of exquisite stonework and historic treasure centrepiecing Croatia’s second city, Split. This is not a palace where you pay admission and admire. It’s a living entity open to all – albeit 2,000 years old. 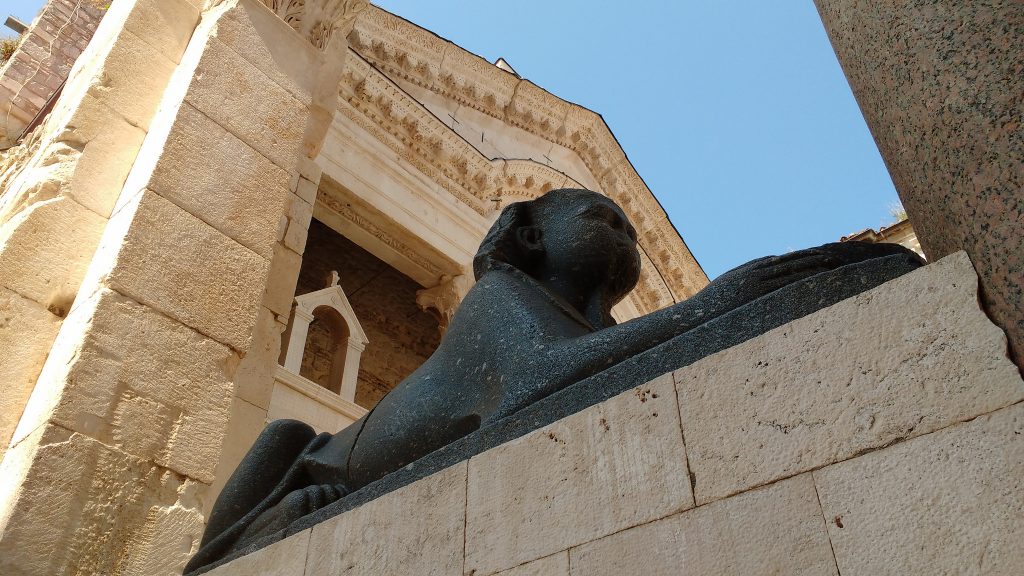 Art Gallery, Park
Here, hearing is believing. Many walk up to the Sea Organ on Zadar’s waterfront expecting some mysterious instrument. Instead, this creation by local artist Nikola Bašić is built into the paving stones, 35 pipes whose bizarre sounds are created by the waves themselves, lapping over the steps.

Natural Feature
The Blue Cave on Biševo draws boatloads of tourists to this small island from the nearby resort of Komiža on Vis. Accessible only by sea, the Blue Cave is named after the light that fills it through the rock as the sun reaches high noon in summer.

Memorial
Dubrovnik City Walls | © Ivan Ivankovic/Flickr
Book Now
A tour around Dubrovnik’s City Walls offers unsurpassable panoramic views of the Adriatic beyond and hillsides behind, as well as a close look at the craftsmanship of the medieval architects and masons who created them. Paid admission allows you to explore them at your own pace.

In the centre of Pula, the Amphitheatre is a Roman colosseum with a near intact circle of stadium walls dating from the time of Claudius. Hosting gladiatorial battles 2,000 years ago, the Pula Arena today stages an annual film Festival, live concerts and a music festival. 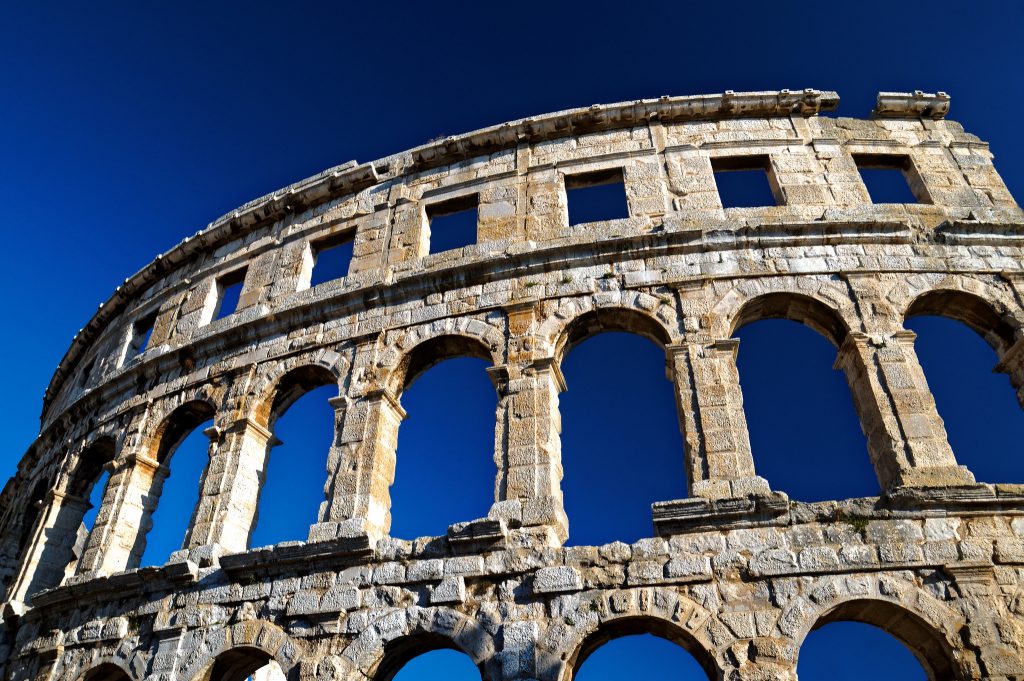 Park
Kornati is a string of 140 islands in northern Dalmatia, most uninhabited and uncultivated, 89 forming a unique national park. Organised boat tours allow you to appreciate Kornati’s peculiar beauty and marine life of sponges and coral. Fishing and scuba diving are the only sign of human activity.

Croatia’s biggest and most popular national park is Plitvice, a verdant complex of 16 cascading lakes, waters of ever-changing colours, and lush woods. Visiting Plitvice also allows you to admire the 100-plus plant species identified here and maybe glimpse a rare lynx, brown bear or wild cat. 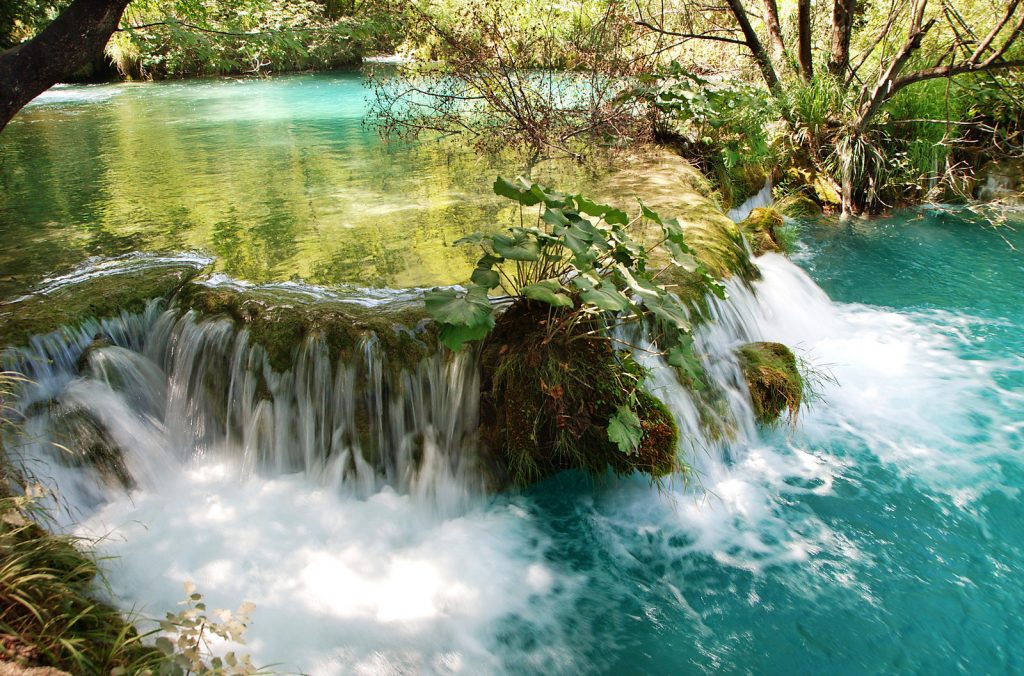 Commissioned in the 6th century by the Bishop Euphrasius, whose likeness appears amid the superb iconography, the Euphrasian Basilica in Poreč is a sumptuous example of Byzantine art and architecture. It stands on the site of a former Roman villa, whose floor mosaic is displayed in the Basilica garden. 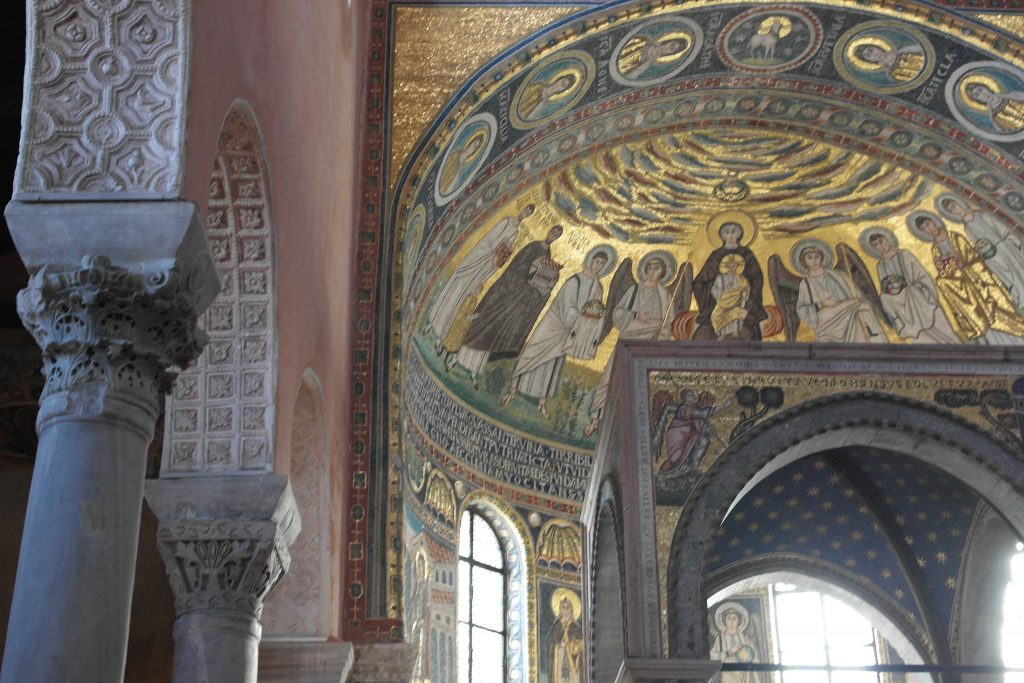 Brijuni near Pula is a national park of rare attractions found on the island of Veliki Brijuni. Best visited on an excursion, it reveals dinosaur footprints, Roman ruins and botanical gardens from Habsburg times. Former leader Tito’s menagerie is also open to the public. 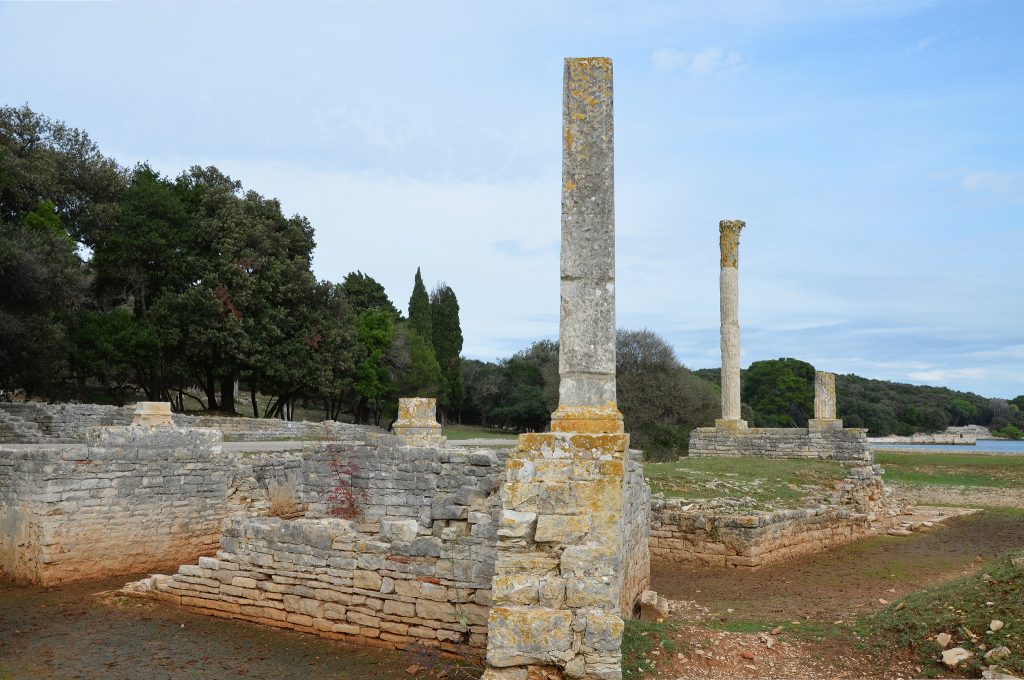 Natural Feature
Mljet | © karlnorling/Flickr
Book Now
Legend has it that Odysseus was so enchanted by Mljet he stayed for seven years. An idyllic island in south Dalmatia, Mljet is two-thirds pine forest and one-third National Park, where saltwater lakes are centrepieced by a 12th-century monastery on an islet. Excursions may also involve hiking and cycling.

Museum, Shop
Display at the Museum of Broken Relationships | © Robert Nyman/WikiCommons
Zagreb’s most talked-about tourist attraction started out an art installation. The Museum of Broken Relationships displays unusual souvenirs, personal letters and strange artefacts, debris from someone’s doomed romantic liaison. Conceived by a former couple, the concept struck such a chord that a permanent home was found in Zagreb’s Upper Town.

When Diocletian’s Palace was being built in nearby Split, Salona was a thriving community of 60,000 under Roman rule. What is left today after Salona was sacked by hostile tribes are the base of the amphitheatre, trunks of columns and gravestone carvings scattered around an extensive archaeological park. 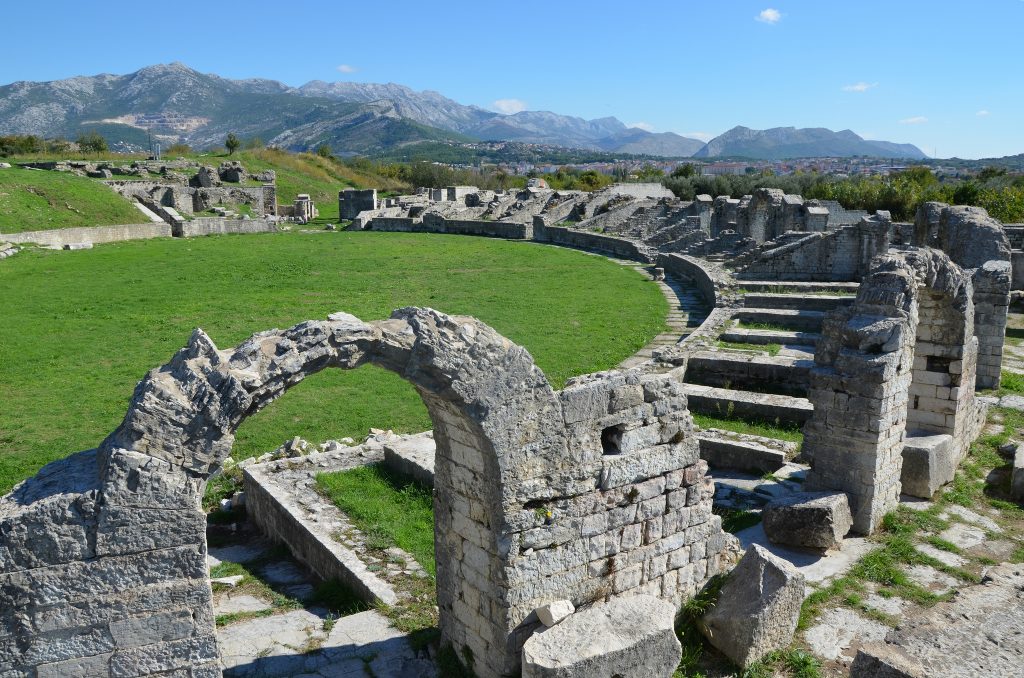 Cathedral
Trogir Cathedral | © Gilles/Flickr
Dominating this historic island town, Trogir Cathedral dates back to the 1200s. You can tell, because ‘1240’ was carved into its elaborate portal by its creator, Master Radovan. The rest of this overpowering construction, built over 400 years, shows various ages of Dalmatian ecclesiastical architecture, Romanesque intertwined with Gothic.

Cathedral
Cathedral of St James | © Serial Hikers/Flickr
Italian and Croatian masters created the Cathedral of St James in Šibenik in the 1400s. A Renaissance landmark and UNESCO World Heritage site, the cathedral is topped by a magnificent dome visible across the city centre. The fine detail on each portal has been brought out by extensive restoration.
More Info
Open In Google Maps
1 Trg Republike Hrvatske, Šibenik, Šibensko-kninska županija, 22000, Croatia
Visit website

Museum
© Jennifer Boyer / Flickr
A historic monument and fascinating city museum, the Rector’s Palace by the main square in Dubrovnik combines Venetian-Gothic, Renaissance and Baroque styles. Artefacts belonging to the elected Rector include sedan chairs, robes and clocks, set at quarter to six, the time when Napoleon’s troops entered the city in 1806.

Church
St Mark's Church | © Dennis Jarvis/Flickr
Centrepiecing the prominent square of the same name in Zagreb, St Mark’s is known for its roof of red-white-and-blue chequered tiles and the coats of arms of Zagreb and Croatia. Dating back to the 1200s and given a Gothic makeover 150 years later, St Mark’s still hosts regular Mass.

The great sculptor Ivan Meštrović designed this sea-facing building outside Split to be a family villa, studio and exhibition space. Today it houses the Meštrović Gallery, with two floors of his sculptures, drawings, paintings and architectural plans, and even furniture that Meštrović designed. Outside is a small sculpture park. 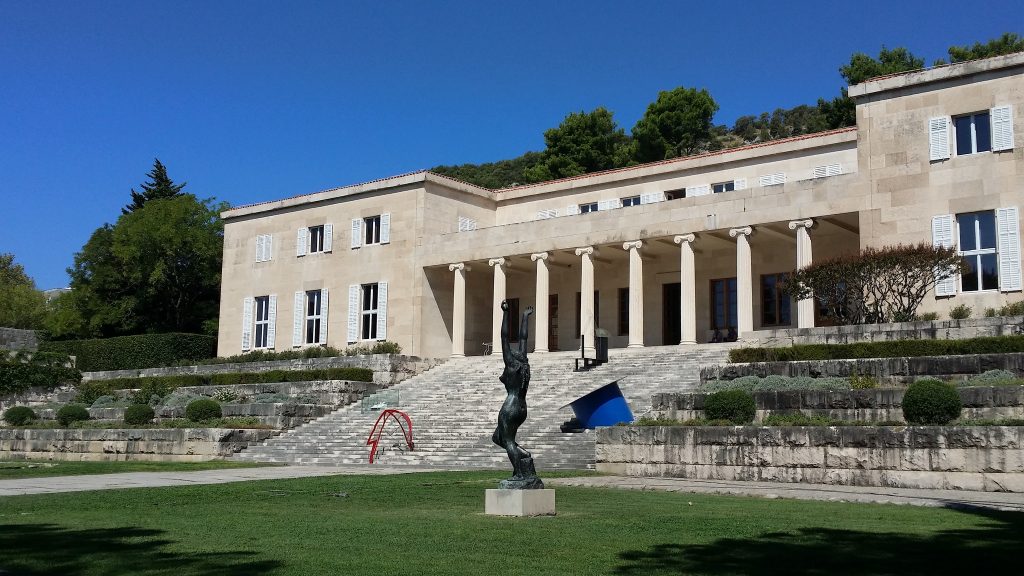 Building, Cathedral
Zagreb Cathedral | © Mr.FF9900/Flickr
The neo-Gothic twin towers of the Cathedral of the Assumption of the Holy Virgin Mary provide Croatia’s capital with a visual identity. Rebuilt after an earthquake in the late 1800s, Zagreb Cathedral is also known for its relief by Ivan Meštrović, marking the resting place of Archbishop Alojzije Stepinac.

More Info
Open In Google Maps
Zagreb, 10000, Croatia
Visit website
Book with our partner and we will earn a small commission.