15 Things You Miss When You Leave Croatia 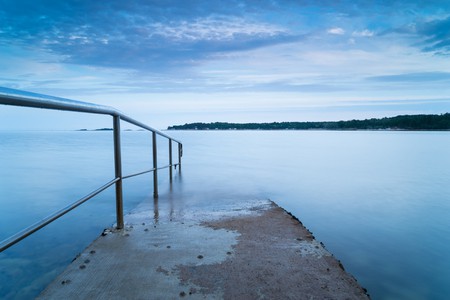 The desire to stay longer at your holiday destination can occur almost everywhere, but the particular attractions that make Croatia a winning destination also make it that much harder to leave. A translucent sea, a simple way of life and fresh produce are among the combining factors.

The fruit and vegetables you see piled up on market stalls in Croatia aren’t advertised, and are certainly not priced excessively, as ‘organic’ — that’s just how they’re grown here. Walk around any Croatian supermarket, and you’ll see little produce packaged up and bearing a label from some faraway hothouse — it’s usually fresh. As for restaurants, the tomatoes in your salad will taste like tomatoes, the greens will taste like greens. 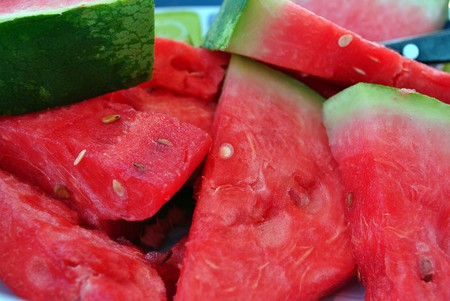 Watermelon at a Croatian market | lilivanili/Flickr

Although this applies to Zagreb only, swift, efficient city trams prove that they should never have been phased out in other parts of the world. Although locals might complain that busy Zagreb might by now need a metro system, they haven’t factored in all the time it takes to head down escalators, cross stations and ascend the other side. Here? Simple. Step on, move past gridlocked traffic, step off at destination. 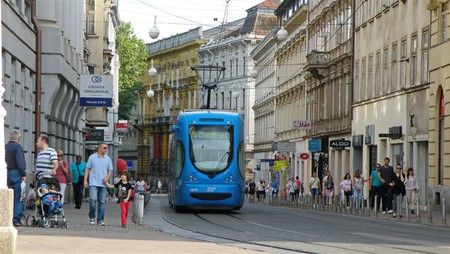 For those who usually live in cold, rainy countries, the regular sunshine you’ll enjoy on the Adriatic Coast might just be the thing that brings you back here in a hurry. Hotels on Hvar, once promoted as Sunčani (‘Sunny’) Hvar, even used to offer discounts if there was a cloudy day during a guest’s stay in high season. 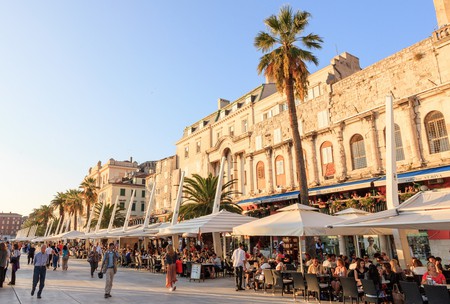 Also a feature in other Mediterranean countries such as France, Spain and Italy, a good-quality, affordable house red or white is always a huge plus. No fuss, few disappointments. Order a glass, order a jug, order a bottle, and your meal has that much more zing — without that sting in the tail when your bill comes at the end. 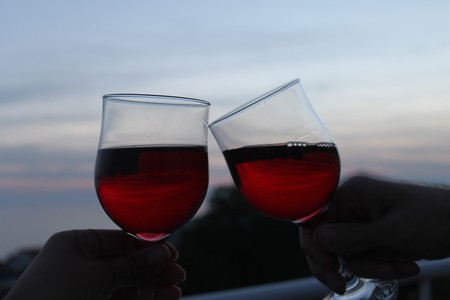 Sad to say, much of the Adriatic has been fished out and the now 10-year tourist boom in Croatia means that demand for quality seafood all down the coast, all summer long, is at an all-time high. But, more often that not, particularly towards the earlier part of the season, the fish and shellfish you’ll be served should be fresh. And even if not, it will be prepared according to age-old methods, sometimes over a wood fire, then dressed with top-notch olive oil. Add a little Adriatic sun and the experience is complete — and unrepeatable elsewhere. 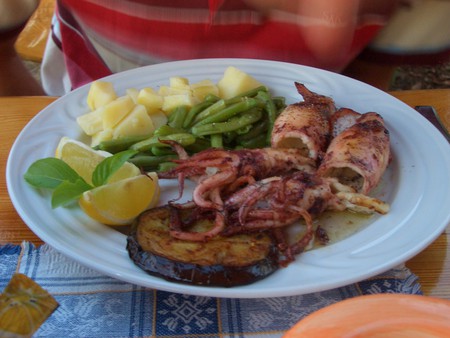 Thanks to Croatia’s main ferry company having to provide an affordable service to locals, a foot-passenger ticket from the coast to the islands, and between the islands themselves, usually costs around the same price as the two or three beers you’ll order when you arrive at your destination. For this reason, timetables feature an early-morning service, but there is usually a choice of several other boats during the day. From Supetar on Brač, you can even shuttle to and from Split as midnight approaches. 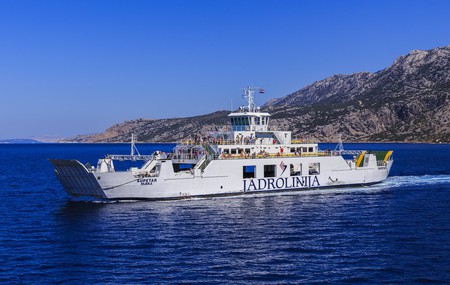 Cat lovers beware. Croatia, especially on the coast and islands, is simply full of cats. Stopping and stroking, even feeding them, is all too tempting. You then find yourself spending part of your day sitting on a sea-facing wall somewhere, having happily distributed a modest can of sardines, surrounded by satisfied and appreciative felines. Pretty soon, it becomes routine… 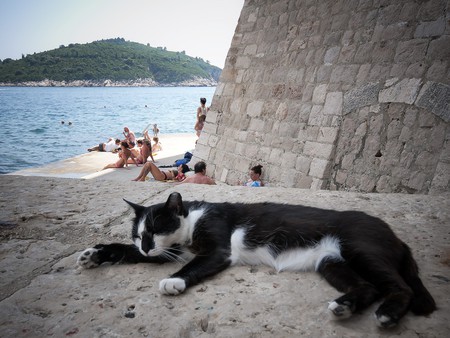 While Dubrovnik and Hvar may not appeal these days to budget travellers, at most coastal destinations you can eat out comfortably, provided you’re savvy with your menu choices. Wine and beer in bars aren’t expensive either. Museum admission is also cheap. Spend your next holiday in France, and you’ll notice the difference. 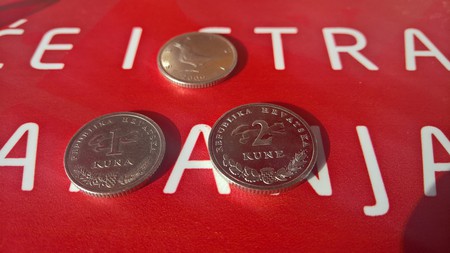 You can easily get used to walking out each morning to a gorgeous panorama of seascape. Even with the occasional cloudy day, the pull of the sea is alluring, the vista invariably dotted with an islet or two. This isn’t a Spanish costa, ruined by rows of chain hotels. The water here is crystal clear, unsullied by industry. Few can resist sitting and watching for a while — before too long, 15 minutes have gone, then half-an-hour. Your return to the normality of urban life will be a reluctant one. 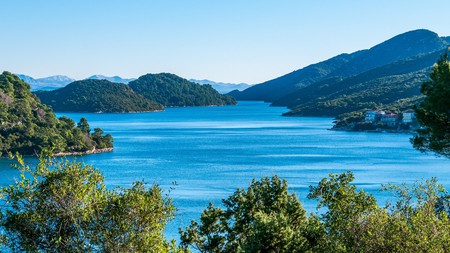 As the successful marketing slogan said, in the early days of Croatia’s boom in tourism, this is ‘The Mediterranean as it Once Was’. Away from the major resorts, locals here still make a living from the land, growing olives and cultivating wine, or from the sea, with fishermen sitting out on the waterfront repairing their nets. It’s a lifestyle that appeals, even though it’s as harsh and capricious as it always was. 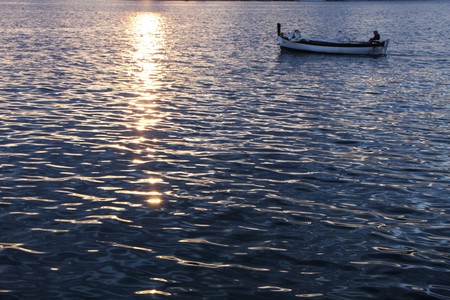 Croatia has few zoos and no decent aquarium to speak of. There’s no need. Explore the national parks, and you might find brown bears, lynx and wolves, among many, many other things. Even a stroll around Mljet might elicit the appearance of a mongoose or two. Dive beneath the waves, and the clarity of the Adriatic reveals a whole world of sea life. 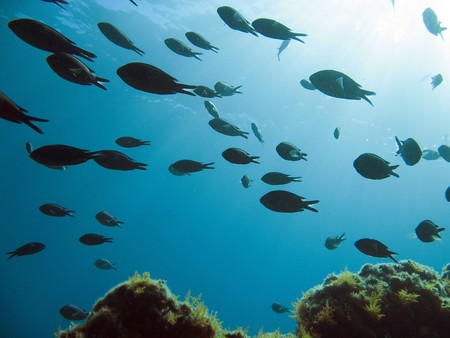 The coast now has its many outdoor music events, some UK-run, particularly in the twin hubs around Zadar and Pula, but traditional festivals here can be a lot of fun, encouraging the whole community to come out and dress up for the day. A classic example is Rijeka Carnival, but there are scores of others that take place according to saints’ days on the calendar or anniversaries. 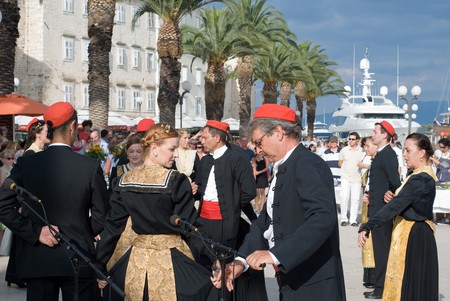 Stroll along the main promenade in Split, the Riva, and what do you see? Terrace after terrace, filled with people sipping coffee. What don’t you see? Internationally branded café chains. Although Croatia has not escaped globalisation, nearly all of its cafés in prominent locations are independent ones, a welcome relief. On the downside, the snacks, cakes and sandwiches may not be as prevalent, the WiFi sketchy — but your ten kuna won’t be going to some big corporation. 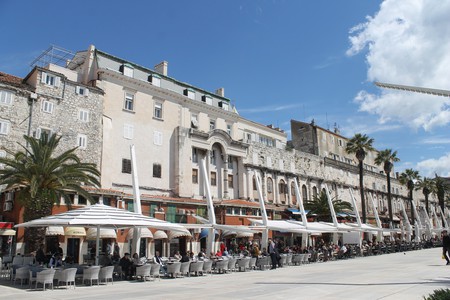 Even in busy Zagreb, with its so-called Green Horseshoe of urban parks and stately buildings, space is a tangible boon of spending time in Croatia. True, dodging the crowds in Dubrovnik once a cruise ship has docked can be a nightmare — but most Adriatic towns will have a seafront promenade to offer fresh air and open space. Opatija, in fact, was built around one. 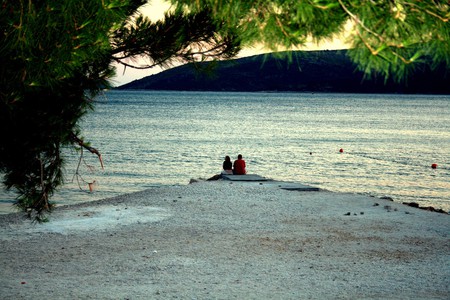 In the main, Croatians are friendly and welcoming. Yes, they know that much of their economy depends on tourism, so they have good reason to create a good impression, but most visitors have a story about a local going out of his or her way to point them in the right direction or help them when trying to buy fruit from an old local at the market. 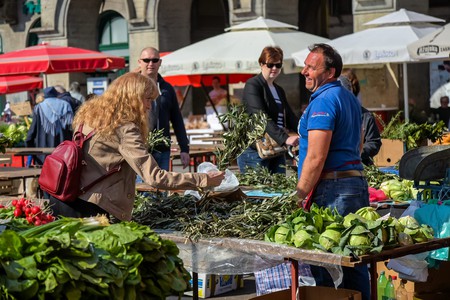 Friendly locals at Zagreb Dolac | Jorge Franganillo/Flickr
Give us feedback