EUROPE
/
CROATIA
/
ZAGREB
/
Things to Do

15 Reasons Everyone Should Visit Zagreb At Least Once 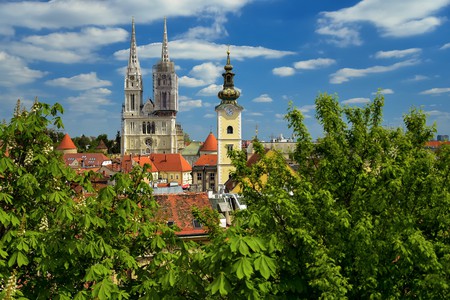 As Croatia’s capital, Zagreb contains museums, galleries and institutions of national importance. But a visit here doesn’t only involve strolling past Old Masters or seeing the last resting place of the country’s most notable figures. Zagreb is a thriving modern city, with its own nightlife and contemporary dining scenes and a regular agenda of shows and festivals. 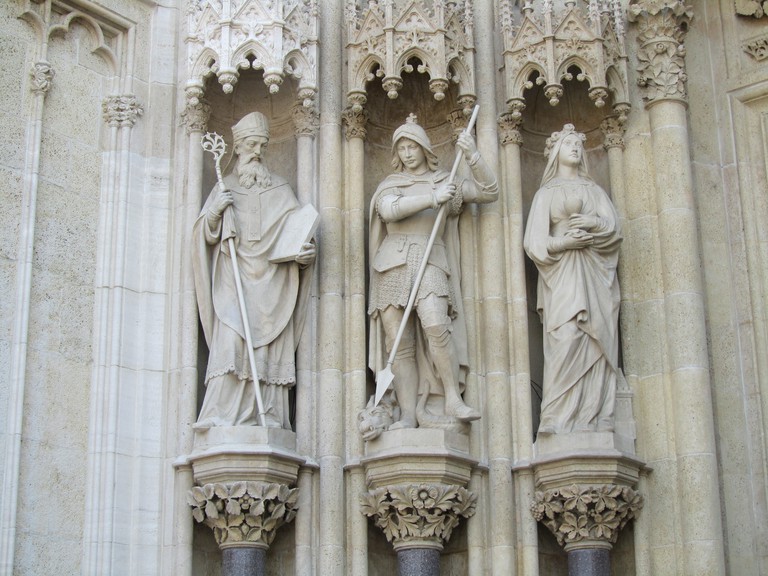 Zagreb Cathedral | © Marko Maras/Flickr
Dominating skyline of Croatia’s capital, the neo-Gothic spires of the Cathedral of the Assumption of the Holy Virgin Mary top this late 19th-century rebuild by German architect Hermann Bollé. Now under restoration for several years, the Cathedral is worth investigating for the relic of Archbishop Alojzije Stepinac by renowned Croatian sculptor Ivan Meštrović, marking the final resting place of the controversial cleric.

For the Mimara Museum

Zagreb’s finest art collection is housed in an imposing 19th-century building, a former educational institution. It is still not known how controversial war-time cultural consultant Ante Topić Mimara obtained his outstanding collection, but the Goyas, Canalettos, Holbeins, Van Dycks and Turners at today’s Mimara Museum are worth setting aside most of a day for. 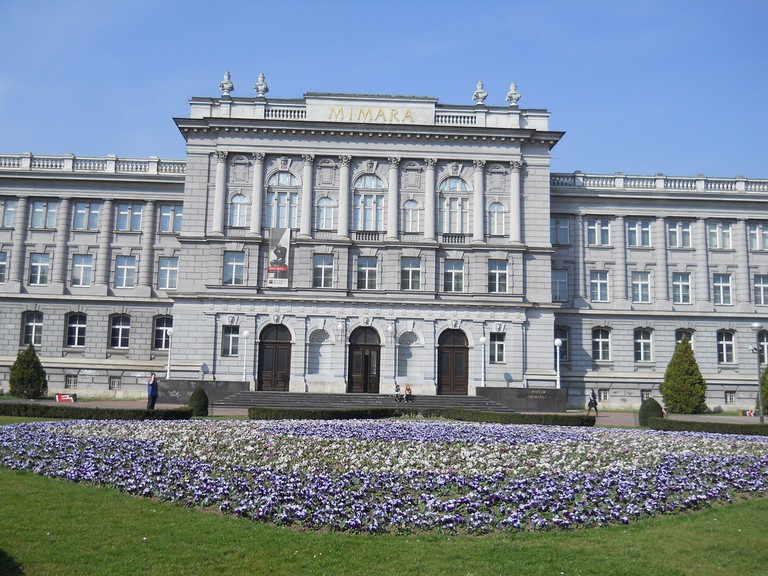 For the Nikola Tesla Technical Museum 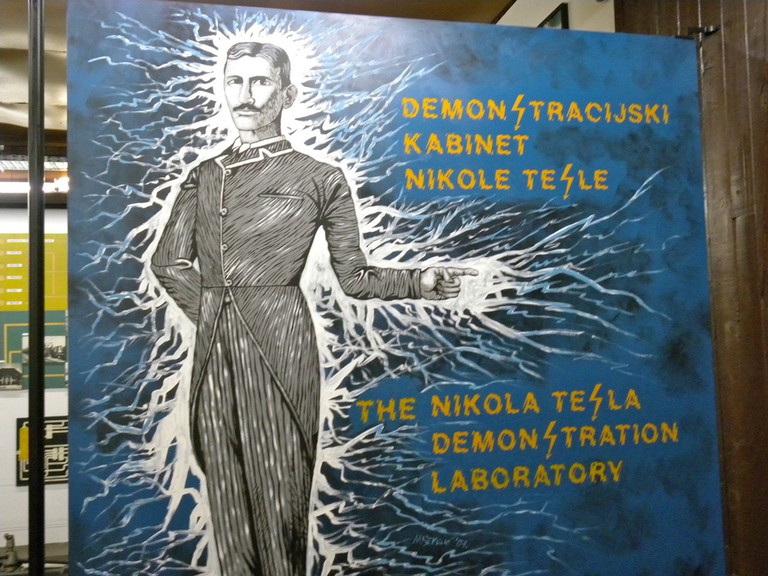 Nikola Tesla Technical Museum | © JasonParis/Flickr
Named after the pioneering inventor and Edison protégé Nikola Tesla, the Technical Museum is a surprisingly entertaining and wide-ranging attraction. Housing a planetarium, a collection of rare steam trains and aircraft, a mock-up of a coal mine and a cabinet of Tesla’s bizarre creations, it provides a diverting morning’s entertainment.

For the National Theatre

Habsburg Emperor Franz Josef came to the unveiling of this architectural masterpiece in 1895, created by the Viennese design team of Ferdinand Fellner and Herman Helmer, whose works stretch across central Europe. The National Theatre, referred to by its Croatian acronym of HNK Zagreb, has been the alma mater of some of the country’s most renowned actors and directors. It is also a concert hall – Franz Lehár and Richard Strauss have both performed here. 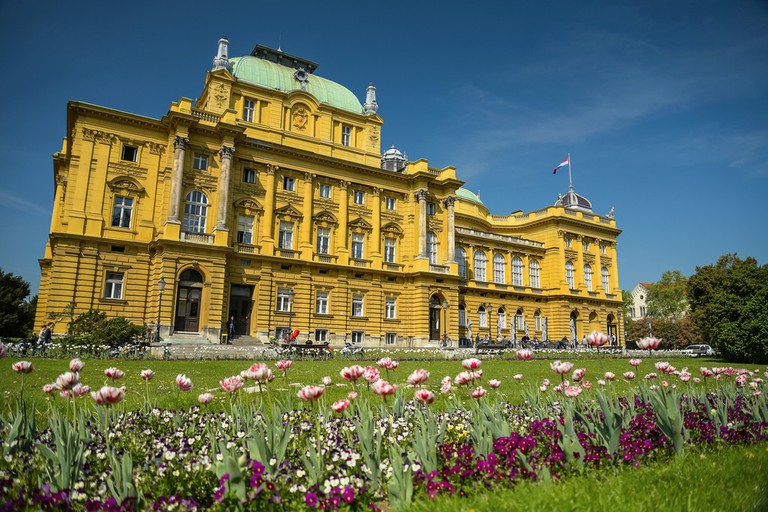 For the Museum of Broken Relationships 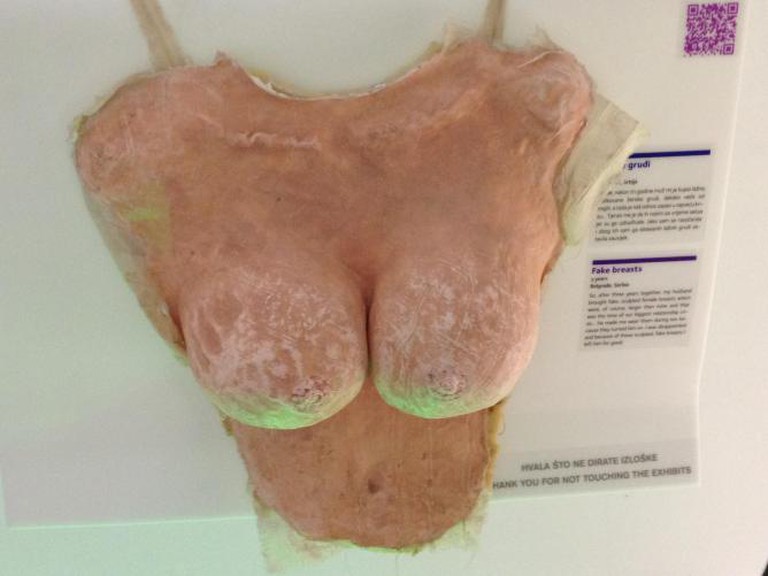 Display at the Museum of Broken Relationships | © Robert Nyman/WikiCommons
Zagreb’s most talked-about tourist attraction started out an art installation. The Museum of Broken Relationships displays unusual souvenirs, personal letters and strange artifacts, debris from someone’s doomed romantic liaison. Conceived by a former couple, the concept struck such a chord that a permanent home was found in Zagreb’s Upper Town.

Named after the Habsburg-era patron of the arts and Bishop of Đakovo, Josip Juraj Strossmayer, Zagreb’s most picturesque promenade stretches between the Upper and Lower Towns. Location for the summer-long series of al-fresco films, theatre shows and musical performances known as Strossmartre, the walkway is also known for the statue of poet Antun Gustav Matoš, a regular at one of the atmospheric cafés here. 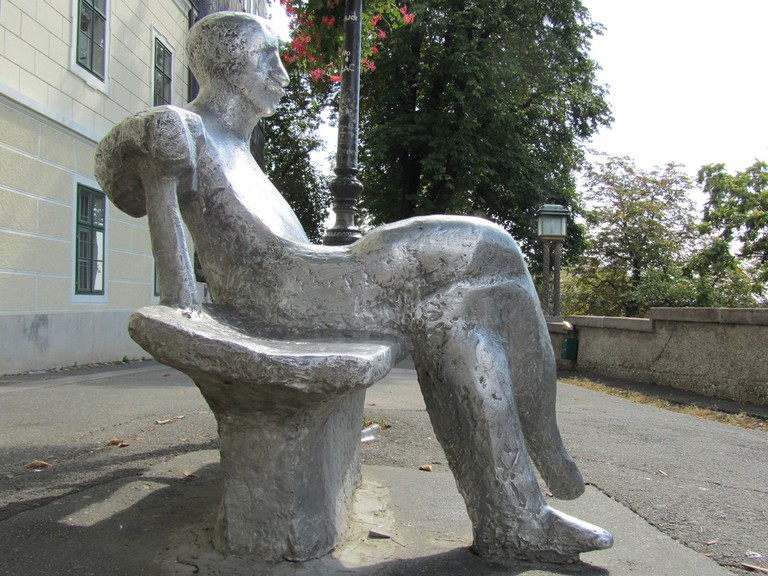 Where there were once staid, Socialist-era restaurants, there are now inventive bistros and designer cafés. Cuisine is seasonal and much is locally sourced – organic produce has long been a way of life here. Establishments such as Gallo even have their own herb garden. Chefs have become stars in their own right, TV personality Ana Ugarković being a prime example, her Mali Bar on Vlaška offering dishes such as slow-baked veal and sardines with saffron, rocket and flaked almond. If you’re just looking for a terrace spot of a random lunchtime, stroll around the café hub of Teslina, Gajeva and Bogovićeva near the main square. 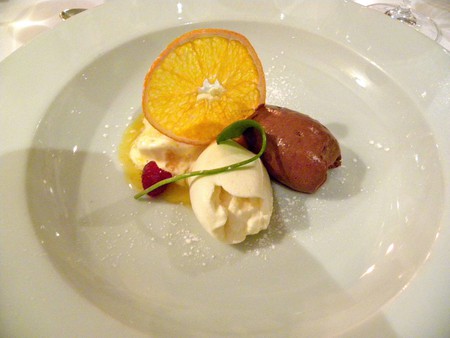 Still the parish church for the old town of Zagreb, St Mark’s stands out because of its distinctive roof of red-white-and-blue chequered tiles displaying the coats of arms of Zagreb and Croatia. There’s also much to admire within, such as a dramatic crucifix by Croatia’s finest sculptor Ivan Meštrović and frescoes by his 20th-century contemporary, Jozo Kljaković. Don’t go without having a good look at the portal of 15 effigies by the Parler sculptors from Prague, created in the late 1300s. 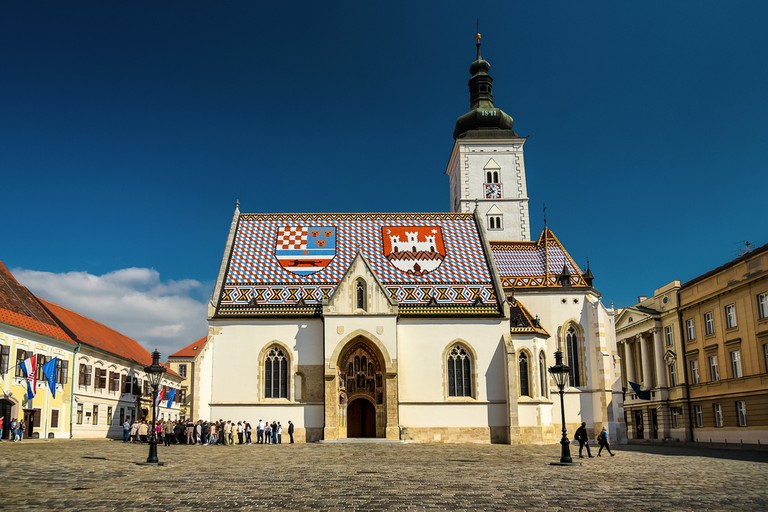 Few cities of its size can hold a candle to Zagreb for the sheer wealth and variety of its live-music venues, bars and nightclubs. For most of the year, the winding thoroughfare of Tkalčićeva, leading north from the market place, is lined with busy terrace bars of all descriptions. On the other side of the main square around Cvjetni trg, a more chic clientele gathers at designer cafés. Zagreb also stages the INmusic festival every June, a three-day event around Lake Jarun. 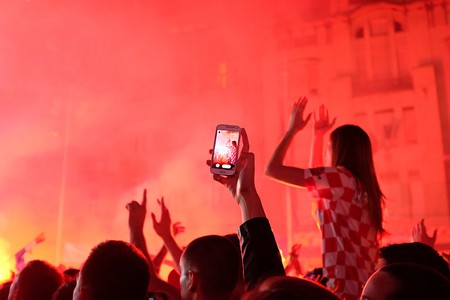 For the Museum of Contemporary Art 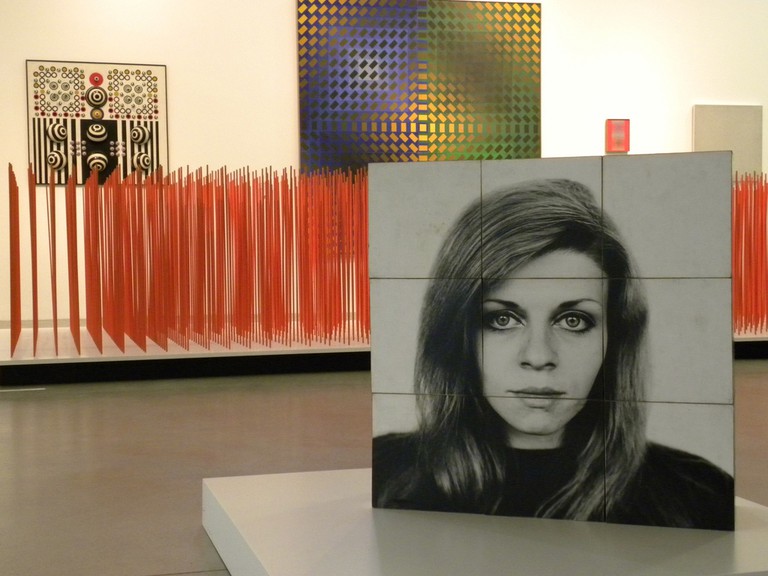 Museum of Contemporary Art | © JasonParis/Flickr
The Museum of Contemporary Art is the largest and most significant cultural landmark to open in Zagreb for over a century. Known by its local acronym of MSU, it is the permanent home for Croatian computer art of the early 1970s and abstract-geometric works from the 1950s. Temporary exhibitions are not confined to Croatia alone – a recent show featured a video artist from Illinois, Dan Graham.

For the Dolac market

Both a visitor attraction and a valuable resource for those travelling on a budget, the city’s market has been located by the main square since the 1930s. Butchers, bakers and dairy producers set up in the covered hall alongside the fish market, while outside you’ll find stalls of fresh fruit and vegetables, much of it grown a short distance away. Standing by the staircase is a statue of the Kumica Barica, a typical peasant woman who comes to the Dolac to sell her wares. 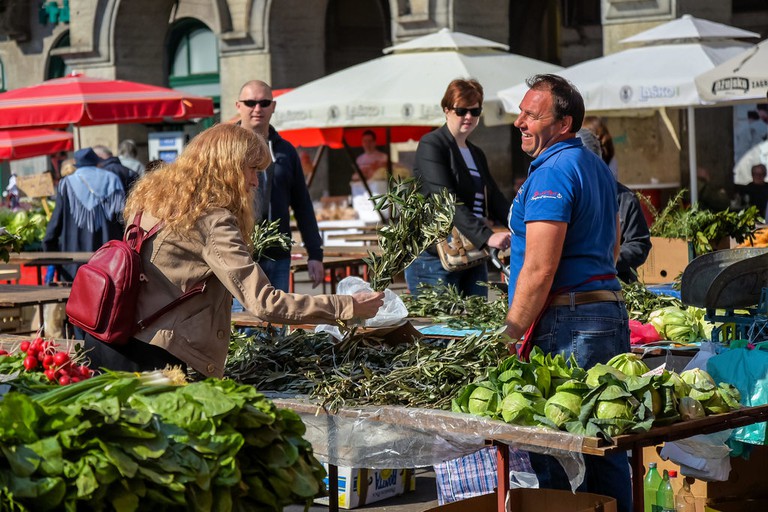 Home of the Croatian Associations of Artists, the Meštrovićev paviljon is once more functioning as the exhibition space it was designed to be in the 1930s. Conceived as a circular arts hall by renowned sculptor Ivan Meštrović, it was converted into a mosque during World War II. Then in the 1950s, it was turned into a museum to celebrate the triumphs of Tito’s Partisans. Today it hosts some 40 exhibitions a year, as well as events staged by Croatia’s artistic community. 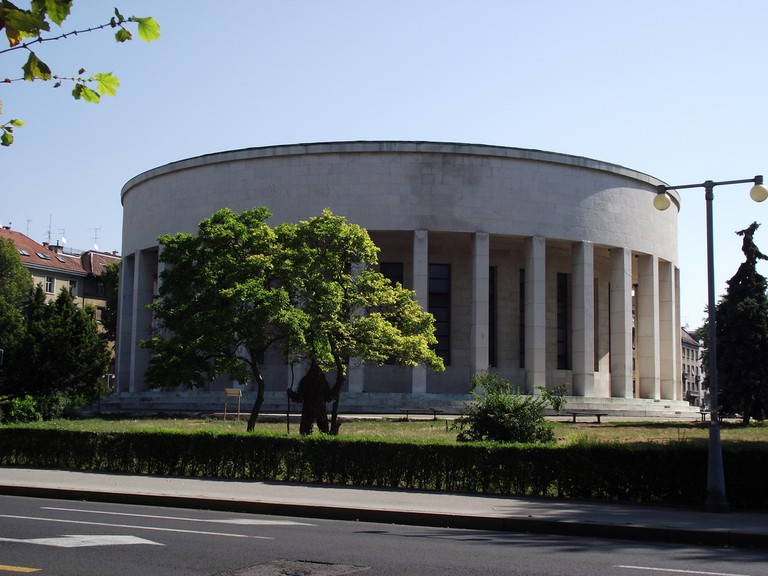 For the Archaeological Museum 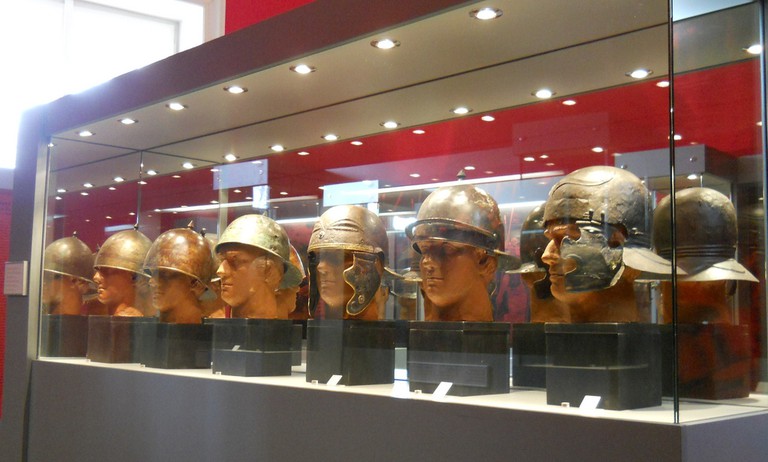 Archaeological Museum | © David Holt/Flickr
It would be impossible to take in all the Archaeological Museum has to offer in one go, its collection stretches to nearly half a million artefacts, most of them unearthed on the territory of Croatia. Many first head to see the stand-out exhibit, the famous Vučedol Dove, a vessel carved around 2,500BC and discovered in 1938. Its intricate markets are said to represent the seasons and constellations, perhaps constituting the first calendar in the western world. Displays of Roman, Ancient Greek, Etruscan and Egyptian finds also warrant investigation.

Croatia’s most notable writers, politicians, painters and composers lie in rest in the nation’s beautiful showcase cemetery of Mirogoj. Gravestones include that of architect Hermann Bollé, who designed the suitably imposing main building and Franjo Tuđman, the Croatian leader during the Homeland War of the early 1990s. One of the most visited tombs is that of NBA basketball star Dražen Petrović, who died in a car crash in 1993 when his career was at its height. 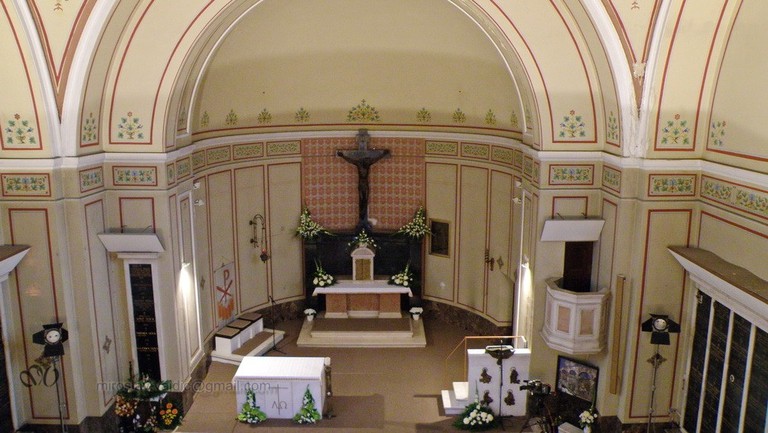 For the Art Pavilion

Created as an iron structure for Hungary’s Millennial Exhibition of 1896 and shipped up to Budapest, the Art Pavilion dominates the beautifully landscaped square of Tomislav trg facing the main train station. On its return to Zagreb, the building was made a permanent feature by Viennese architects Fellner and Helmer, also responsible for the National Theatre. Now a prestigious art space, it stages temporary exhibitions of international prominence, such as the Giacometti show that ran into 2017. 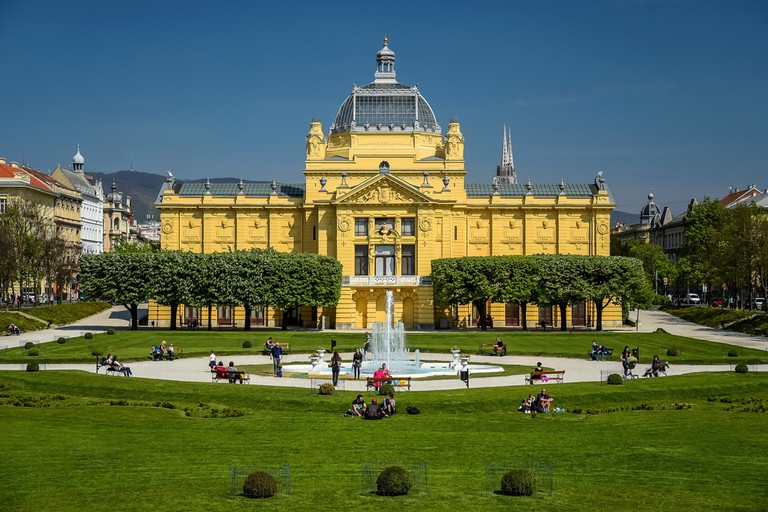