12 Croatian Artists You Should Know 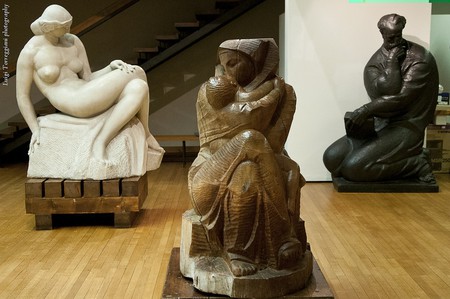 Spanning more than 500 years, works by Croatia’s great sculptors, painters and abstract artists can be seen from Zagreb to Dubrovnik, in Split, Osijek, Šibenik and Cavtat. They range from soaring churches to strange meandering forms, and from bucolic scenes of Slavonian forests to the country’s national flag.

The most renowned of all Croatia’s sculptors, Ivan Meštrović has major works on prominent display in Zagreb and Split, as well as studio-galleries open to the public in each of those cities where he lived and worked. Born in 1883, exiled from his homeland during World War II, Meštrović was nothing if not prolific. Every summer, thousands pass by his Statue of Grgur Ninski in Split and many enjoy visits to the Meštrović Gallery on the western outskirts of town. 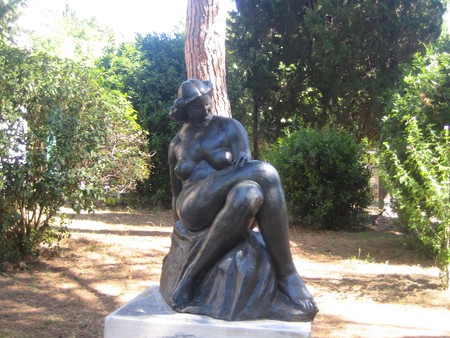 A master of lyrical abstraction, Edo Murtić bequeathed 1,500 of his paintings, mosaics and sculptures to the City of Zagreb, allowing us to see a select number at the Museum of Contemporary Art. His pieces are also on display at the Museum of Modern Art in Dubrovnik, such as Two Red Dots, painted in the late 1950s, when Murtić participated in the Venice Biennale.

Arguably Croatia’s most famous painter, Vlaho Bukovac studied at the École des Beaux-Arts in Paris in the 1870s and exhibited at the famed Paris Salon. His Impressionist style varied in later life, and Bukovac gained a reputation among art dealers in London, where he divided his time. He then went to Zagreb, before returning to his native Cavtat, near Dubrovnik. You can see his works at Dubrovnik’s Museum of Modern Art, as well as in his childhood home and later atelier, now a museum, in Cavtat. 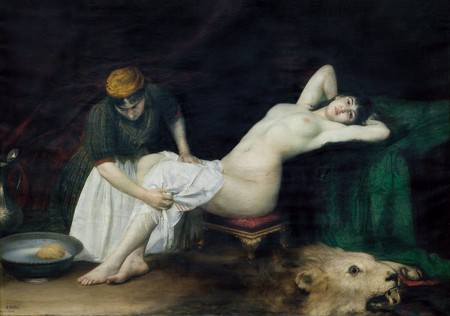 So influential he had a gallery, the GMK, named after him in Zagreb 73 years after his death, Miroslav Kraljević is considered one of the pioneers of modern art in Croatia. Dying at the age of 27, shortly after his first solo exhibition, Kraljević spent time in Munich and Paris, his work revealing signs of both Impressionism and Expressionism. Painting only formed part of his oeuvre, however; he also produced sculpture and graphics, but Kraljević is best known for his portaits and nudes. His pieces can be seen at the Museum of Modern Art in Dubrovnik and Museum of Contemporary Art in Zagreb.

Also known as Giorgio di Sebenico (‘George of Šibenik’), Juraj Dalmatinac came from Zadar. Training in Venice which, at this point in the mid-1400s controlled much of Dalmatia, Dalmatinac worked on the Doge’s Palace before being commissioned to construct his life’s work, the Cathedral of St James in Šibenik. As well as being its principal architect, Dalmatinac produced the 72 carved heads you can still see around the façade, engraving his signature at the base of two angels he also added. 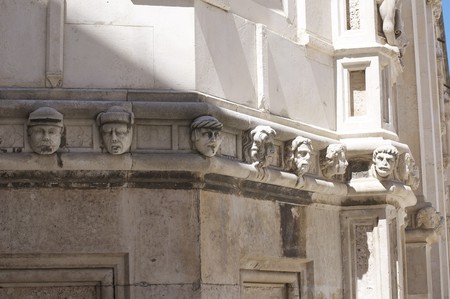 Born near what is today the riviera coast of Makarska, sculptor Ivan Rendić learned his trade on Brač, famed for the white stone that created the Diocletian’s Palace in Split. His works can be seen all over the country, some 200 in number, many of them statues of renowned Croats. Stroll around Zrinjevac, the urban park in Zagreb’s Lower Town, and you’ll find likenesses of poet Ivan Gundulić, novelist August Šenoa and nobleman Nikola Jurišić, all created by Rendić.

Wonderful Kačić Square in the center of Makarska. This monument is work of art of Ivan Rendic, built in 1890. From the northern part the Kačić Square is closed by the church os St.Mark built in 1766 while behind the church there is an old school built in the 19th century, having classic Neo-Renaissance elements. If you traveling around croatian coast, you don't want to miss this wonderful piece of art. . . . . @croatianheaven ☝️📷👍🏻. . #square #kacic #makarska #trg #church #arhitecture #architecturedesign #oldtown #renaissance #ivanrendic #history #topdestinations #thebestdestinations #europe #centraldalmatia #kroatien #croatia #travel #travelblog #hrvatska #kacicevtrg #palms #biokovo #dalmatia

A founder member of the pioneering Gorgona Group which operated in Zagreb in the 1960s, Julije Knifer was an abstract painter heavily influenced by the shape of the meander. Whether working in oils, acrylics or print, a twisting form always features prominently. Showing at the inaugural New Tendencies exhibition in Zagreb in 1961, then later at two Venice Biennales and the Pompidou Centre in Paris, Knifer gained a major international reputation that continued after his death in 2004. Many of his pieces can be seen at Zagreb’s Museum of Contemporary Art – also conceived in the shape of a meander. 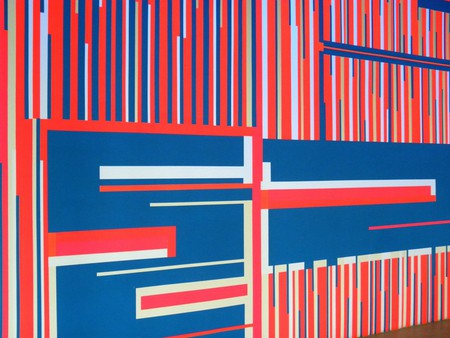 Lending his name to the city’s main art gallery and best hotel, Adolf Waldinger was born and died in Osijek during the time of the Habsburg Empire. Studying at the Academy of Fine Arts in Vienna in the 1860s, Waldinger returned to his home town where he painted bucolic scenes of forests and farm life. Little recognised in his own lifetime, Waldinger came to become a prominent figure in the city’s identity once it freed itself from Habsburg rule.

Even those who don’t visit Croatia will have seen the work of late 20th-century artist Miroslav Šutej. As well as being exhibited at the Museum of Contemporary Art in Zagreb, his pieces are seen all over the world, for Šutej designed the Croatian flag. Šutej, a former professor at the Academy of Fine Arts in Zagreb, was also responsible for the design of the kuna banknotes that came in after the withdrawal of Croatian dinars following independence, and the distinctive shirts of the national football team. 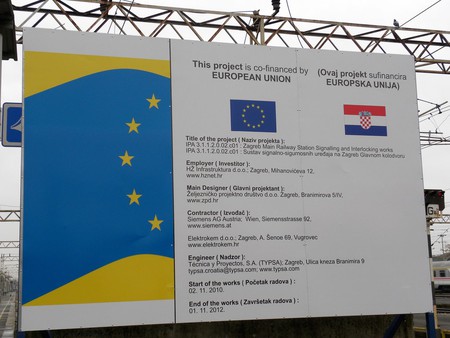 A leading member of the influental Gorgona Group, along with Julije Knifer, sculptor Ivan Kožarić is best known for his prominent public works in his native Zagreb. The most notable is ‘Prizemljeno Sunce’ (‘Landed Sun’), on display in Bogovićeva near the main square, and now part of an entire solar system set up in streets nearby. Coming towards the end of his life – Kožarić was born in Zagreb in 1921 – the sculptor has also had major exhibitions organised at the city’s Art Pavilion and Museum of Contemporary Art.

Best known for his Expressionist works that capture daily life in the Zagreb of the 1920s, Vilko Gecan was among a new wave of artists influential in the Croatian capital in the wake of World War I. The focus of two major retrospectives at Zagreb’s Art Pavilion, Gekan’s works are also on display at the Museum of Contemporary Art and Museum of Modern Art in Dubrovnik.

Vilko Gecan (16 June 1894 – 25 June 1973) was a #Croatian #painter, influential in the Zagreb modern #art scene of the 1920s and 1930s. He is best known for his #expressionist #paintings and #drawings, and for his contributions to the local avantgarde magazine Zenit. He showed his work in many solo and group #exhibitions in Croatia and abroad. In the Zagreb Spring Salon of the 1920s, he participated with Milivoj Uzelac, Marijan Trepše and Vladimir Varlaj, who together were known as the "Group of Four" or "The Prague Four". Trained in #Prague, works of these young painters brought new expressionist ideas that went on to dominate the 1920s Croatian art scene. Vilko Gecan is considered one of the masters of early Croatian expressionism. Two #retrospective exhibitions of his work were organized during Gecan’s lifetime, and a large posthumous exhibition was held in 2005 at the Art Pavilion in #Zagreb. Gecan received theVladimir Nazor Award for Lifetime Achievement in 1967. . . . Scrummage (1919) #Ink on paper. . . . #artist #artoftheday #instaart #artlovers #arthistory #historyofart #oldmasters #masterpiece #museum #VilkoGecan #frame #instagood #like4like #follow4followback

The classic example of a self-trained artist who found international recognition, Petar Grgec helped form the Croatian Naïve Artists’ association and continued to exhibit his oils, drawings and watercolours in France, Italy and Brazil. His pieces can be seen in the Croatian Museum of Naïve Art in Zagreb.