11 Unusual Things to Do and See in Croatia

Brijuni | © Carole Raddato/Flickr
From doomed passenger liners of the Titanic era, to dinosaur footprints, Croatia is full of bizarre attractions to explore. Some are found on land, some are buried fathoms deep on the sea bed and one is actually powered by the waves themselves.

The sinking of elegant passenger ship the Baron Gautsch during World War I has error-ridden echoes of the Titanic disaster two years before. Carrying refugees, holidaymakers and military personnel, it was making one last journey from Kotor, Montenegro back to port in Trieste. While the captain slept and the first officer dined, an inexperienced understudy ignored warnings and sailed into a minefield laid by fellow Austro-Hungarian forces. Fatalities numbered 147. The wreck lies some 40 metres down off the Brijuni Islands, a popular site for experienced divers at clubs in Pula and Poreč. 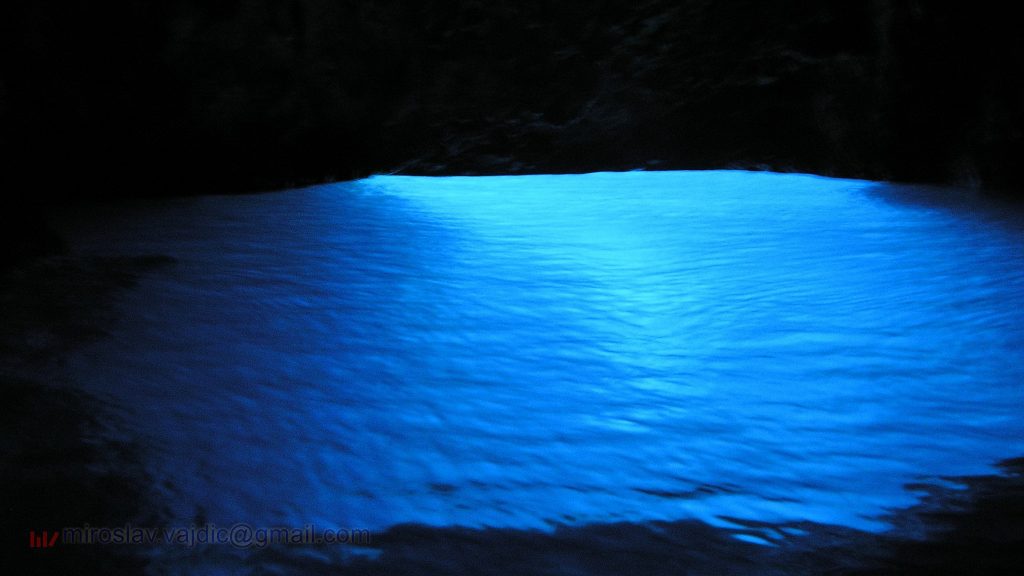 A small and sparsely populated island close to Vis, Biševo contains one of Croatia’s most striking and unusual natural wonders. In the summer, it attracts daily boat trips, particularly from the nearby resort of Komiža. Accessible only by sea, the Blue Cave of Biševo is a limestone grotto with an underwater opening that lets in the sun’s light as noon approaches. The effect lasts for two hours, with beams shooting through the water to bathe the cave in an azure light. Visitors plunge into the waters for the full experience. Tours usually involve a picnic lunch at a nearby beach. 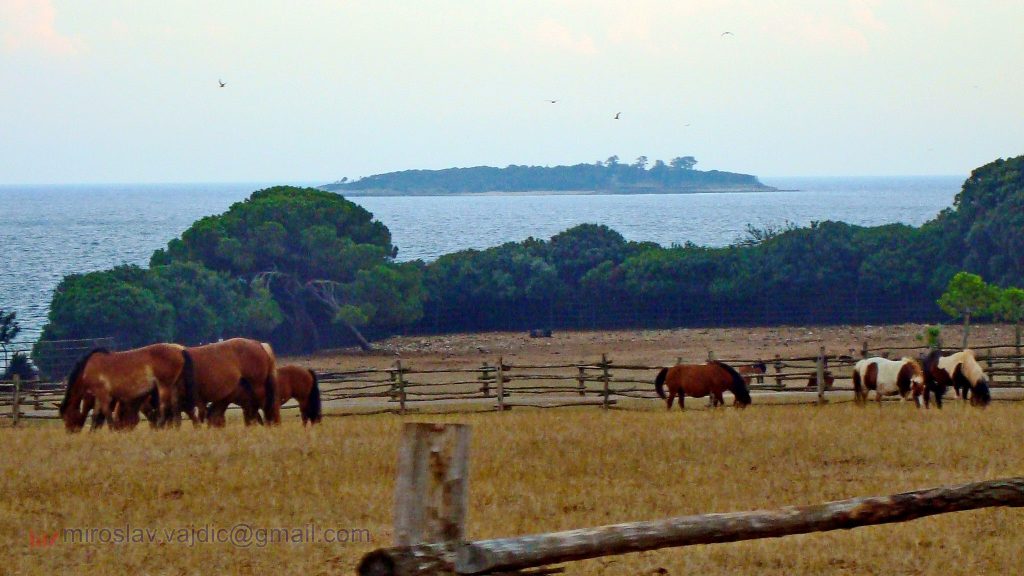 Natural Feature, Park, Ruins
© Mattis Kaminer / Alamy Stock Photo
Book Now
Once the private Xanadu of post-war national leader Tito, the Brijuni Islands hold a strange fascination. An archipelago off Fažana, near Pula where excursions can be arranged, Brijuni is a national park of 14 islands. The largest, Veliki Brijuni, contains rare treasures such as dinosaur footprints, Roman and Byzantine ruins and Europe’s first golf course. The Habsburgs also created exotic botanical gardens. Tito later set up his own safari park, filled with elephants and zebras provided as gifts by national leaders who visited him here. Some still survive, the rest are stuffed and displayed in a nearby museum.
More Info
Open In Google Maps
Istria County, Croatia

Set on the unspoiled island of Cres in Kvarner, the Eco Center Caput Insulae at Beli is both a unique nature reserve and volunteer centre. Its main task is to protect and monitor a colony of rare griffon vultures, which nest in the cliffs nearby. These birds have died out in mainland Europe and are only found in obscure pockets such as Crete, Sardinia and Guernsey. The Eco Centre also contains nature trails through the sparse region of Tramuntana, with its honey buzzards, peregrines and other rare birds.

One of the strangest attractions to open in Croatia’s capital of Zagreb, the Grič tunnel sits under the fortifications of the Upper Town. Above, a cannon blast famously signals high noon. Below, a 350-metre-long tunnel was created to serve as an air-raid shelter during World War II. By the time it was ready, the Allies were no longer bombing Croatia. Abandoned, the tunnel became a meeting place until being assailed by DJs and ravers in the early 1990s. Recently renovated, it now stages fashion shows and exhibitions, and will soon host a Museum of the Senses. 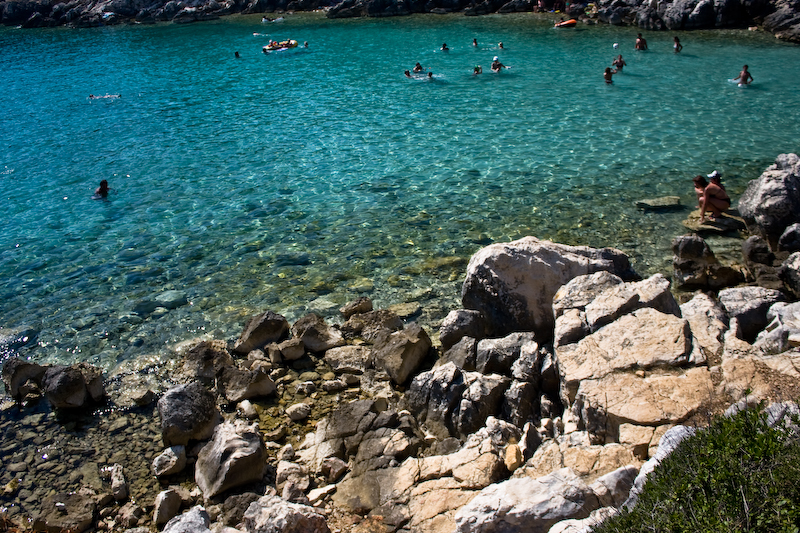 Those who take the water taxi from the waterfront at historic Rab Town, on the island of the same name, are following in the footsteps of royalty. For it was at the destination of Kandarola Bay that then reigning monarch Edward VIII and his controversial mistress, Wallis Simpson, took a famous skinny dip on their Mediterranean cruise of 1936. Snapped at every turn by the world’s press, they bared all here and unwittingly established a long tradition of naturist tourism. Today, pretty Kandarola Bay houses a popular nudist camp, happy to welcome adventurous day visitors from Rab Town. 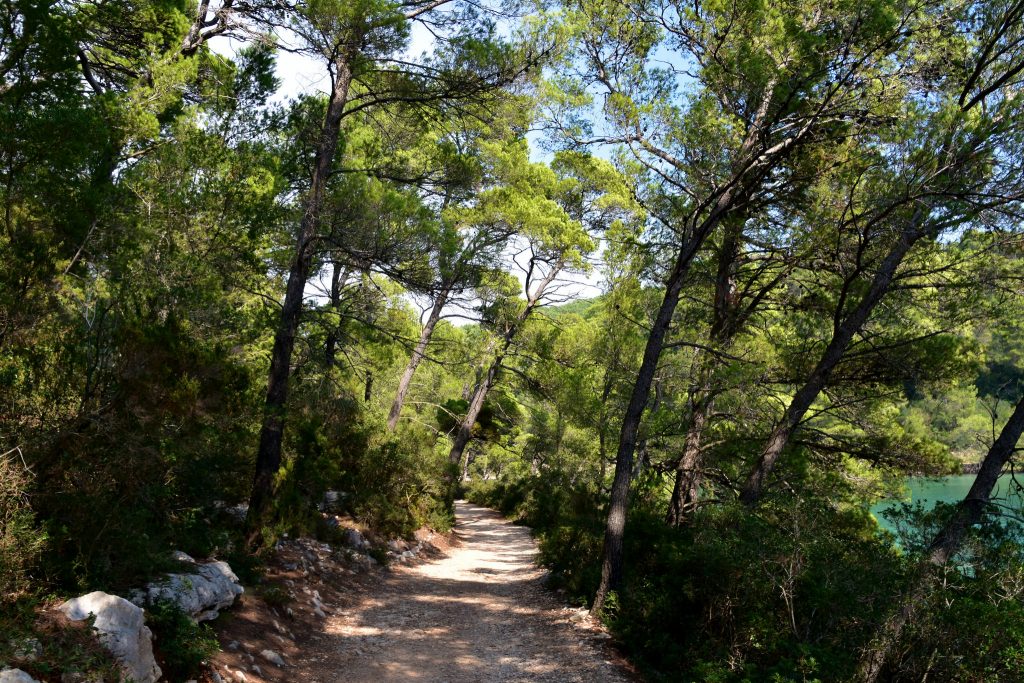 The idyllic island of Mljet in the far south of Dalmatia is home to more than 1,000 souls and a national park. Running wild is an unknown number of mongooses, introduced from Asia a century or more ago to rid the island of poisonous snakes. While they succeeded, their population exploded and these venom-protected mammals then went after most of Mljet’s birdlife. Any exploration of Mljet today, along its single thoroughfare that cuts through the island, is bound to feature a guest appearance by this creature of Jungle Book legend, scampering across or alongside the road. 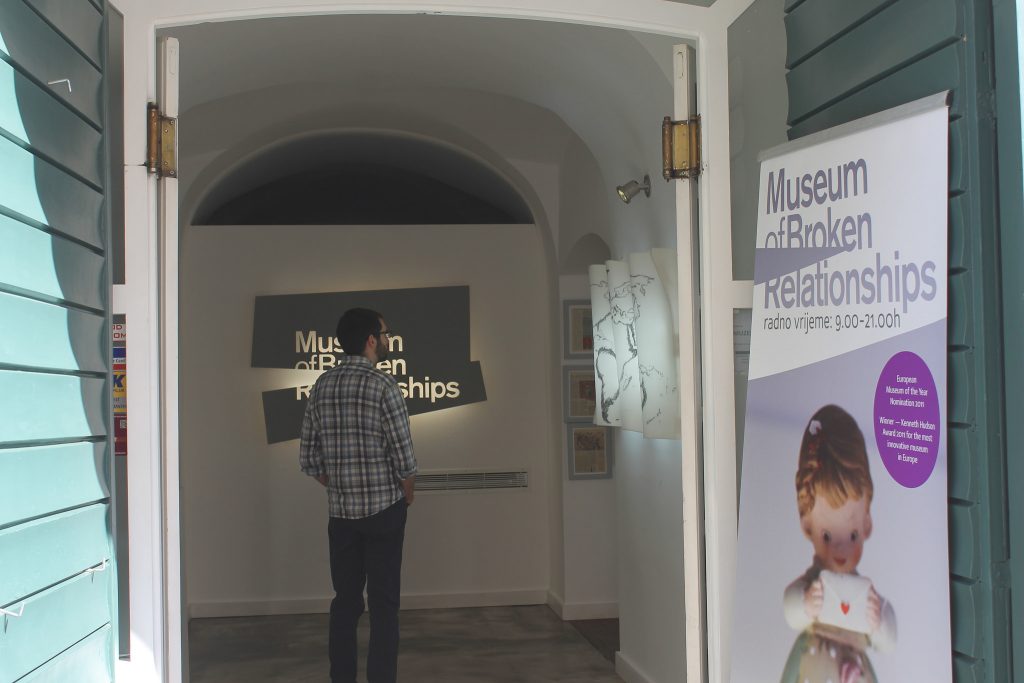 Museum, Shop
Display at the Museum of Broken Relationships | © Robert Nyman/WikiCommons
What started as an art installation is now one of Zagreb’s most unlikely tourist attractions. The Museum of Broken Relationships explores that most puzzling of experiences, the end of a romantic affair. Conceived by artist Dražen Grubišić and producer Olinka Vištica, themselves a former item, it comprises heartbreaking souvenirs, letters, notes and bizarre knick-knacks left behind after couples split up. Today with a permanent home in the Upper Town and with a sister operation in Los Angeles, the collection is divided into the various stages of break-up trauma, including grief, rage and jealousy.
More Info
Open In Google Maps
2 Ćirilometodska ulica, Zagreb, 10000, Croatia
+38514851021
Visit website

In Rijeka, a city with its own bizarre history, Peek&Poke is one of the more unusual attractions. This quirky collection contains nearly 2,000 examples of early computerised technology. This is where calculators, games consoles and oversized terminals from the 1980s and 1990s find a home. Key exhibits include a Nintendo Game Boy and a Sinclair C5. Documentation provides background on the inventors and entrepreneurs behind the more notable machines. The museum operates from mid October to May 1.

Before it became a tourist destination, Vis was a military outpost. Its rocky and remote isolation allowed World War II leader Tito to convert one of its many hidden caves into his headquarters. While the conflict raged in the winter of 1943-44, Tito and his partisans plotted up here, planning Hitler’s downfall. Writer Evelyn Waugh met Tito here while on reconnaissance. The site can still be visited, with an organised tour or individually. It is located south-east of Komiža, near Podšpilje (‘Under the Cave’), where steps lead from a bend in the road. 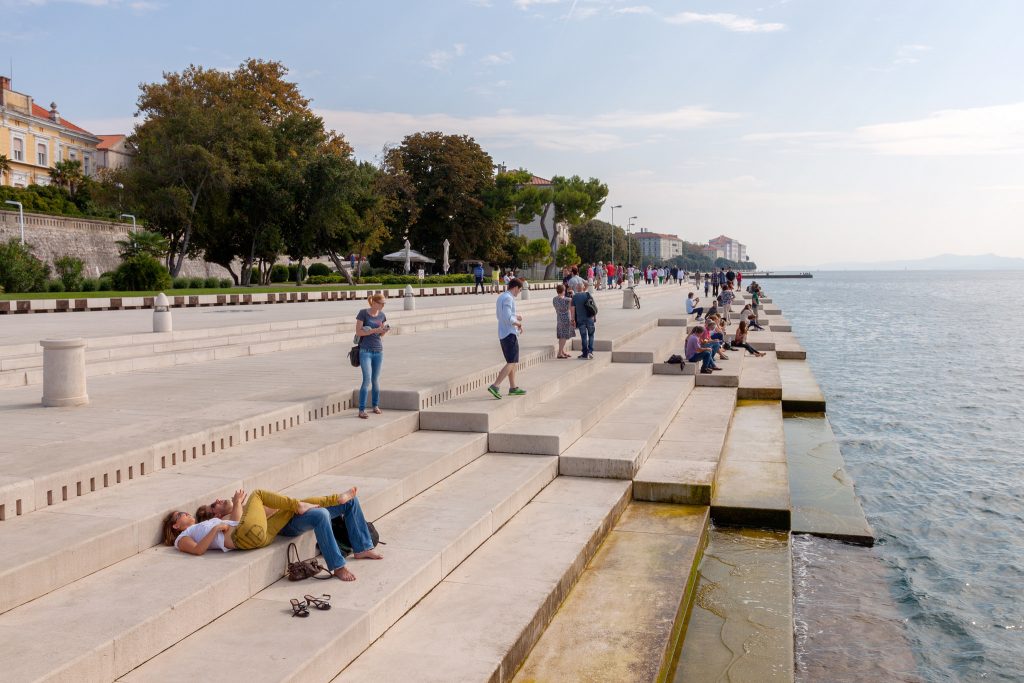 Close to the centre of the main city of northern Dalmatia, Zadar, a bizarre attraction has become part of the urban landscape. Through holes bored into the pavement above a set of steps lapped by the sea, 35 organ pipes emit ethereal tones that hang in the air as you approach. The brainchild of local installation artist Nikola Bašić, the Sea Organ is powered by the strength and pattern of the waves. In similar vein, he later created the nearby ‘Greeting To The Sun’, a circle of glass panels that follows similar rhythms.