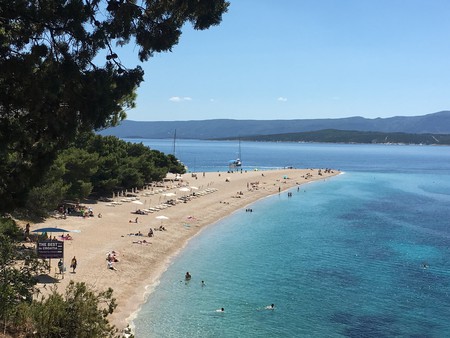 As idyllic as you see in the brochures, Croatia doesn’t have to try to hard to entice you to visit. But add outstanding Mediterranean cuisine, fine wine, historic sights and an incredible festival or two, and you should be booking your next trip straight away!

It’s pretty much the reason many come in the first place: the beaches. Pristine, lapped by a translucent sea and in many cases hidden away, Croatia’s beaches are the country’s national treasure. Many are similar in nature, all white stone or pebble, with the notable exception of the famed Zlatni rat beach at Bol on Brač – its shape changing ever so slightly every year thanks to its shifting sands, tides and currents. 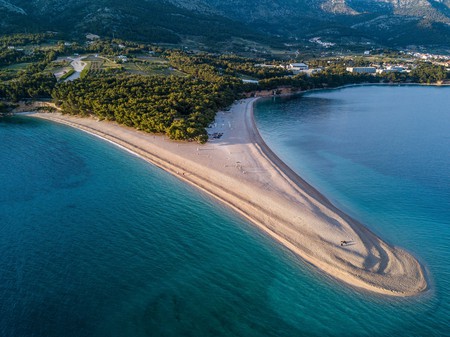 The natural wonders of Croatia were never better expressed than in its national parks: the cascades, lagoons and waterfalls of Plitvice and Krka, the pristine peaks of Velebit, and the slopes and lakes of Risnjak, known as the Croatian Switzerland. Mention must also be made of Mljet and Kornati, idyllic island destinations and protected as unique national parks. 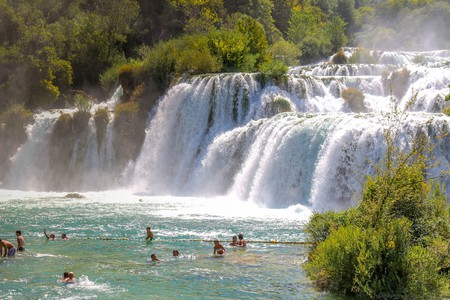 Fresh – ideally fresh that day – fish and seafood on and around the Croatian coast are reasons alone to visit. Prepared on a wood-fired grill, drizzled with virgin olive oil, given a squeeze of lemon, accompanied by a glass of fine house wine, all produced nearby, the Croatian seafood dish is complete with a serving of blitva, Swiss chard and potatoes. Oh, and of course, there’s the setting, – looking out onto the pristine Adriatic from whence your meal has come. 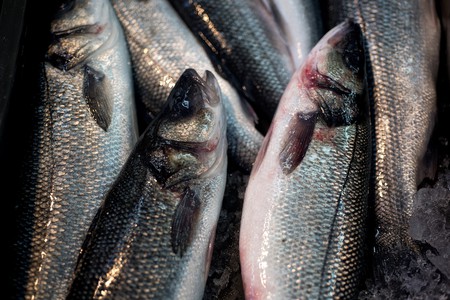 Instigated by the seminal Garden club in Zadar, the wave of music festivals along the coast is now a seasonal phenomenon. Island locations, ruined forts and pristine beaches, the settings are second to none, the line-ups top notch, and prices eminently affordable. Throw in a few boat parties, too, and you’re made. 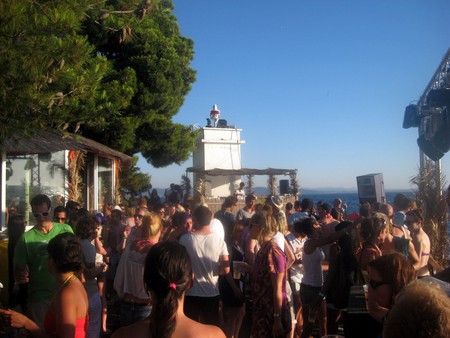 Long before modern-day Croats came Habsburgs, Venetians, Romans, Greeks and Illyrians – all leaving fortifications, statues and forums, and even a near-intact amphitheatre. Many are to be perused in the open air as they have been left for posterity. Churches, particularly in Zadar, Šibenik and Dubrovnik, provide further attractions of historic interest. As for Split, its very heart is an extensive Roman palace dating back nearly two millennia. 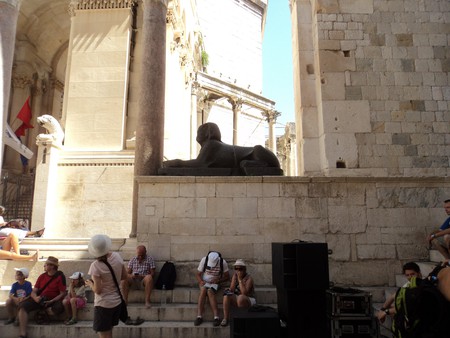 Many would have sampled French, Spanish and Italian wines, exported by the thousand, at home. Few would have tried Croatian, as so many winegrowers here produce in small batches, sold in situ or at select shops and restaurants across the region. This is very much the case in Pelješac, where divine Dingač and Plavac Mali are available for purchase at the very cellars were they are produced, making for an enjoyable day trip along a bucolic wine trail. 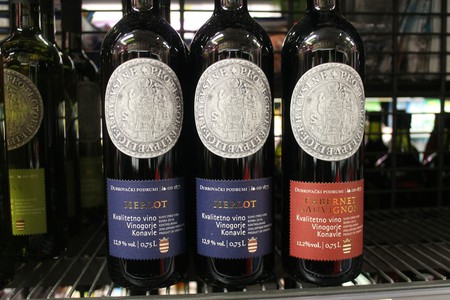 Experts disagree on the exact number of islands off the coast of Croatia – it depends on your interpretation of the word ‘island’. But basically there are 1,000-plus islands, most of them uninhabited. The ones with any kind of life are served by ferries, catamarans and taxi boats, with tickets kept affordable for locals, making island-hopping an accessible pleasure for all. Some destinations lend themselves to a specific holiday: for peace and quiet, head for Mljet, for partying, hit Hvar, and for history, there’s Korčula. 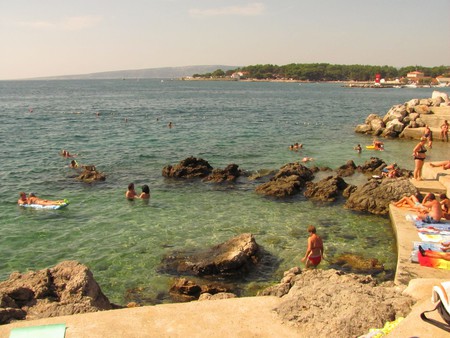 Deep in the woods, on the slopes and below the waves, Croatia has a wealth of rare and protected wildlife. Lynx, brown bears and wild cats are only some of the creatures, now only found in specific pockets of Europe, who call Croatia’s national parks home. Rare birds spend a while amid the unique wetlands of Kopački rit before flying south, while the clear waters of the Adriatic were made for divers to explore the sea life below. 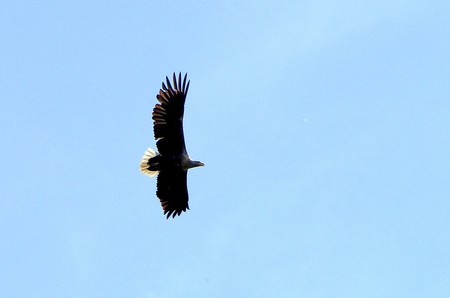 You don’t need to be wealthy to go for outdoor sports in Croatia – although superyachts ply the Adriatic all summer long. Windsurfing in Viganj, hiking in Velebit and cycling in Istria do not require major expense and any equipment you need can be hired in situ. Diving schools also dot the coast, beginners taught and more experienced exponents treated to wrecks of ships and planes to explore. 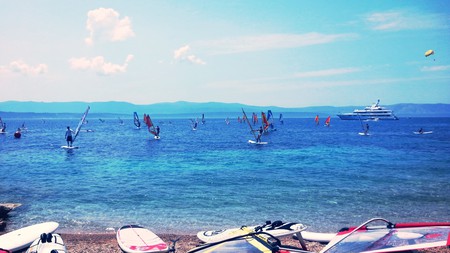 Croatia has no room for hothousing or mass production of fruit and vegetables. Go to the market, and the produce you’ll see on the stalls will almost certainly be grown in a plot a short drive away – and will taste like it. There’s no need for a special sticker or hike in price because these greens, tomatoes or apples are ‘organic’ – that’s how generations of Croatians have produced, bought and consumed them. 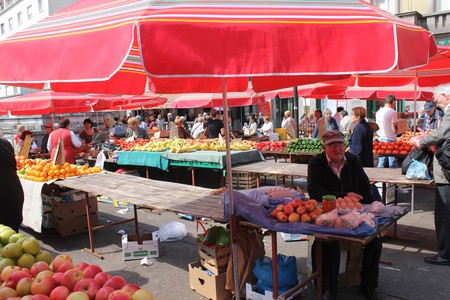 It’s a phenomenon particularly prevalent in Zadar, where geography and nature combine to create perfect blood-red sunsets night after night. Attracting the likes of famed film director Alfred Hitchcock, the Zadar sunset sinks over a certain pattern of islands so placed that the colours bleed over sky, sea and the city’s historic Venetian façades. 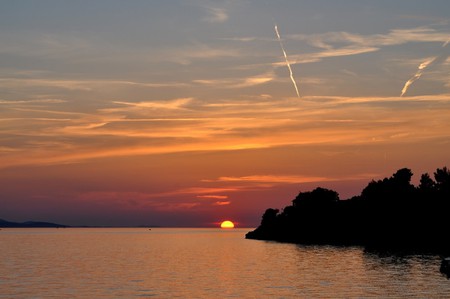