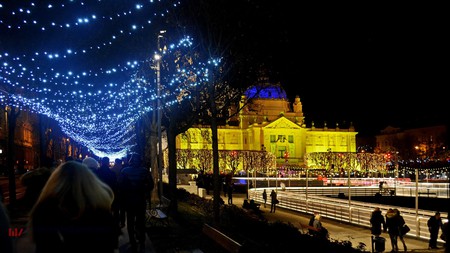 There’s a nice local feel to festivals and celebrations staged around Croatia during the winter, the domestic bands playing big New Year’s Eve shows in major towns, the annual gatherings of Pelješac winemakers and Lastovo carnival-goers. Some events have more appeal to foreigners than others, specifically Advent in Zagreb and the Rijeka Carnival.

Launched in 2005 and now a regular fixture in Zagreb’s ever-busy cultural calendar, week-long Zagrebdox focuses on documentary films made around the region. Scheduled for the end of February, and screened at the Kaptol Boutique Cinema, Zagrebdox issues several awards, including the Big Stamp for best documentary and Little Stamp for one made by a filmmaker under 35.

While many of Croatia’s festivals are geared toward a foreign audience, Dubrovnik’s Feast of St Blaise, every February 3, is when the city’s residents, former residents and expat family members come from all parts of Croatia and beyond. Many take part in the procession, waving flags and paying reverence to the patron saint of the city, whose remains are carried from the church of the same name around the streets of the Old Town. Overseas visitors are more than welcome, but hotel rooms will be at a premium. 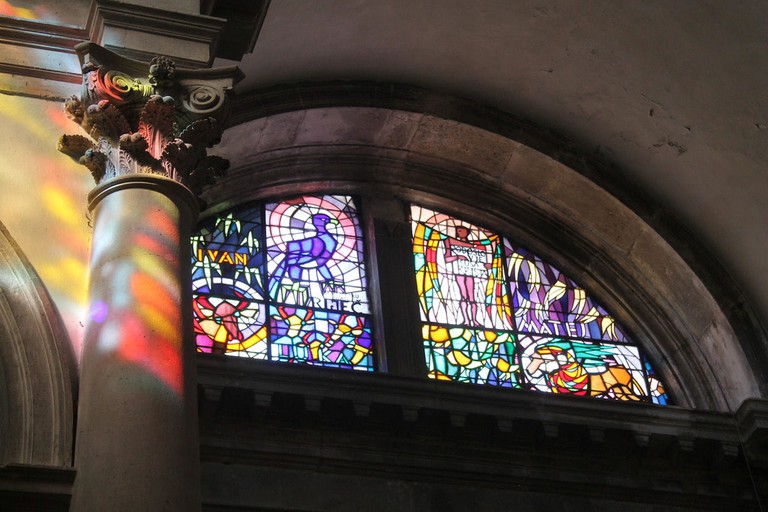 During the first weekend in December, Ston – gateway to the wine-growing peninsula of Pelješac in southern Dalmatia – promotes the year’s vintage with music, workshops and tastings. Wine cellars open their doors and let the public look around and sample the goods. Ston is a short drive from Dubrovnik, whose restaurants stock many of the wines in question.

If you had to set a chocolate festival anywhere in Croatia, it would have to be Opatija, a Habsburg-era seaside resort typified by its ornate coffeehouses and confectionery. For this three-day weekend event in early December, Opatija’s upscale hotels and restaurants create special desserts, offering them at promotional prices, to showcase the art of local pâtissiers and chocolatiers. 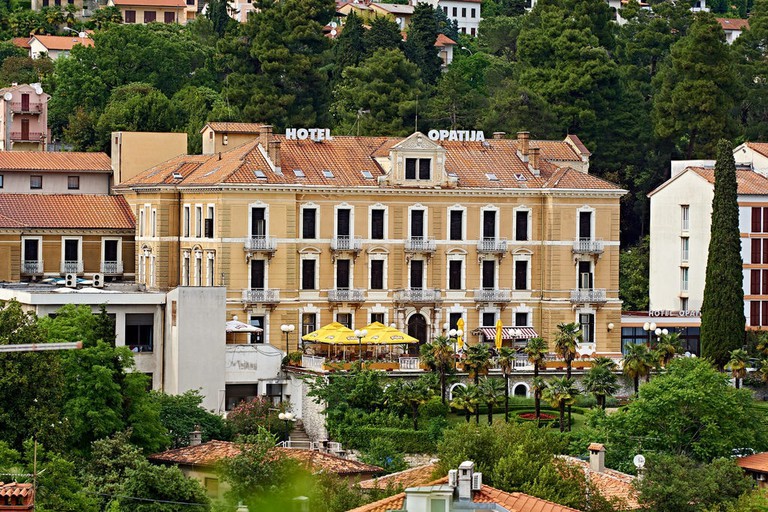 Through the month of December and into January, Advent in Zagreb is a multi-venue event that takes place at key spots around the city centre, including the main square of Jelačić. As well as the chalets selling traditional gifts, and stalls dispensing sausages and hot drinks, the most visual element to this now major yearly festivity is the open-air skating rink, which those arriving by train will find as soon as they step outside the station, right ahead of them on Tomislav trg. 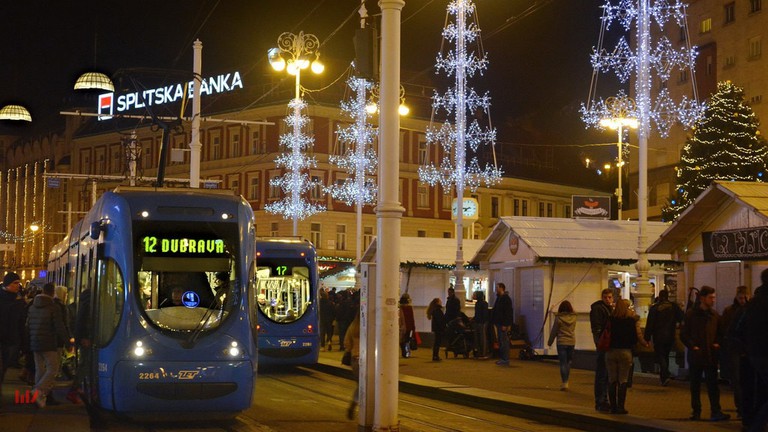 While Christmas in Zagreb is fun but somewhat commercial, the Dubrovnik Winter Festival is charmingly traditional. On the program is a classical music concert outside the Church of St Blaise and advent stalls around town. A huge tree lights up the main square, and carol singers break out in song. By day, it is usually warm enough to sit outside over a hot chocolate. 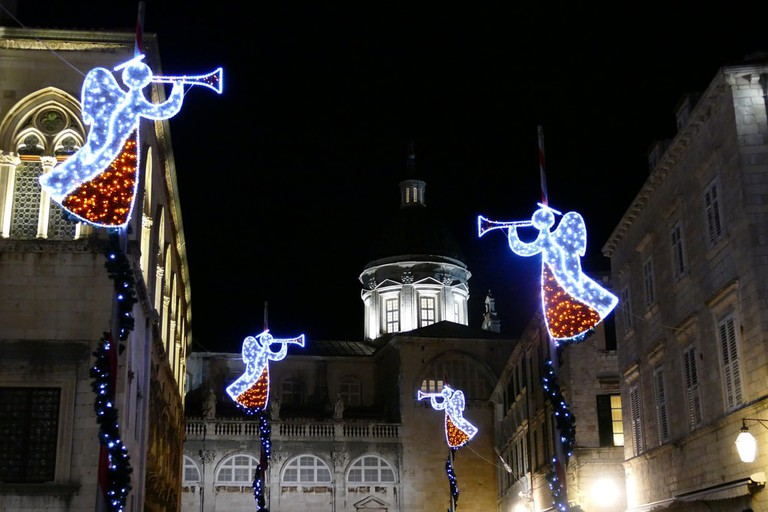 The biggest one-day event anywhere in Croatia, Rijeka Carnival attracts 100,000 visitors to this port city and transport hub between Zagreb and Istria. In the run-up to Mardi Gras, a vintage car rally, a key ceremony and a children’s parade precede the main event, which always takes place on the Sunday before Ash Wednesday. Bellringers, called zvončari, in pagan costumes set the festive tone as the carnival transforms Rijeka’s main street, the Korzo, into a mass party. DJs spin at various bars and clubs late into the night. 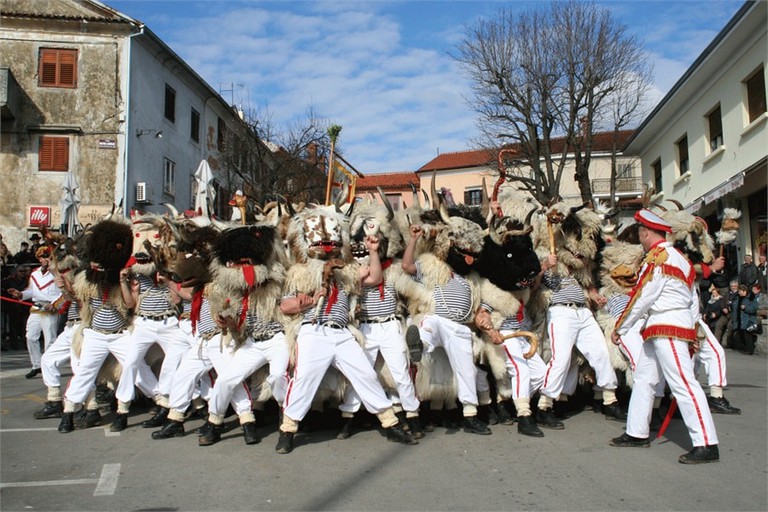 Mardi Gras carnivals are held all across Croatia, to celebrate the coming of spring and end of winter, but on remote Lastovo in southern Dalmatia, the event has far more historical resonance. Here on Shrove Tuesday, locals lay the ghost of a feared Ottoman foe of yore by creating a straw-stuffed puppet, a poklad, dressing it in Turkish clothing with a fez, before laying into it with ceremonial swords and setting it alight. All is accompanied by booze-fueled merriment and fireworks.

Night of the Museums

An event that brings families to places they may not ordinarily visit as well as light up the otherwise moribund cultural agenda post-Christmas, Night of the Museums is staged across Croatia on the last Friday in January. Galleries, museums and sundry institutions offer free admission from 6 p.m. to 1 a.m. and offer special programmes such as hands-on activities, workshops and exhibitions. As the national capital, Zagreb has the bulk of Croatia’s stately institutions and tends to go to town for the event. 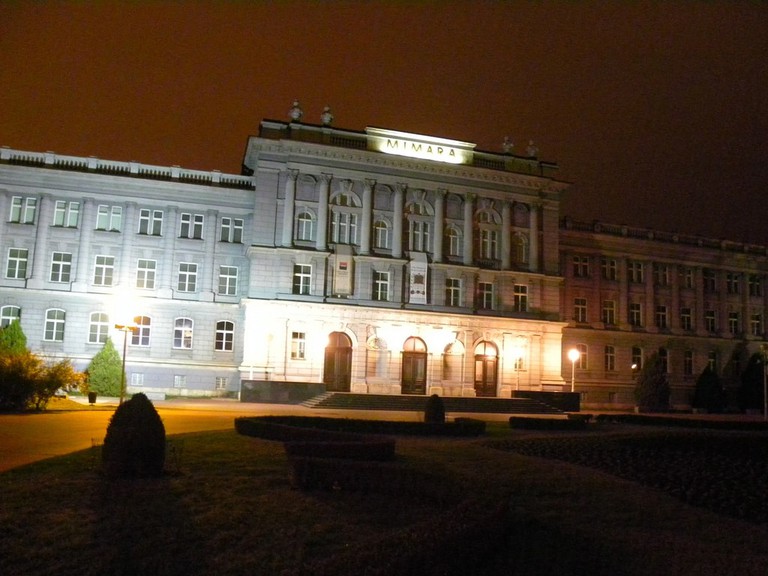 On whichever Saturday falls in mid December, the riding arena at the State Stud Farm in Đakovo in Slavonia stages its Christmas Ball. Showcasing the stable’s fame white Lipizzaner horses, the ones used at Vienna’s State Riding School, the performance displays superb costumed horsemanship, choreographed and set to music. Outside, advent stalls line the entrance. 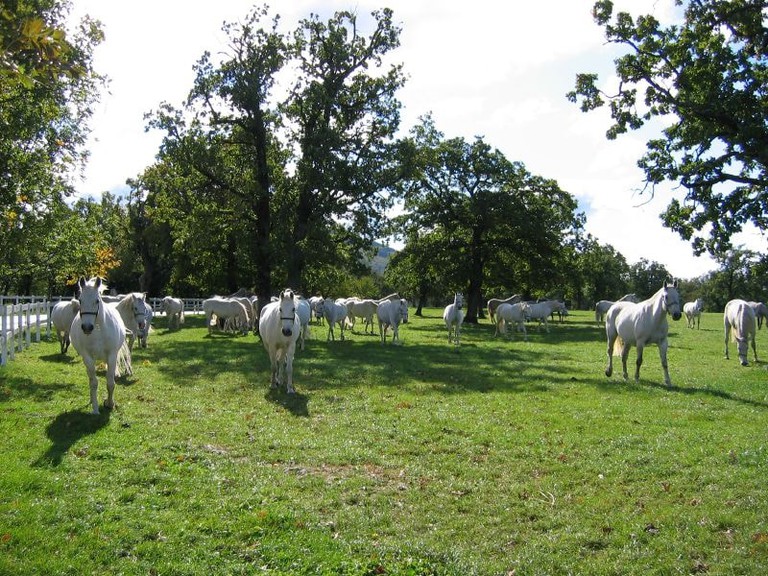 Music is the key element to celebrating New Year in Croatia, the country’s top bands and DJs put on a special one-night show at major locations. In Dubrovnik, this could be in the main street of Stradun or at the prominent nightspot, Revelin. In Zagreb, venues such as the Boogaloo and Garden Brewery attract big crowds to ring in the new year. 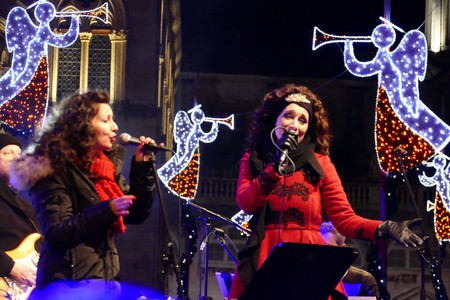