Where to See Architectural Relics of the Bulgarian Empires 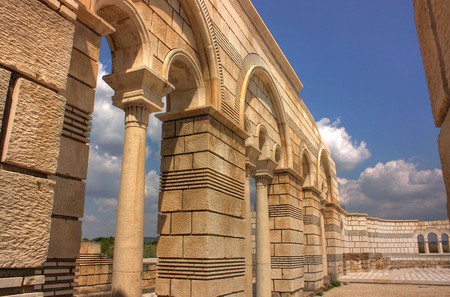 Bulgaria has a long and turbulent history, and it’s worth it knowing a bit about it in order to better understand what you see and why you see it today. History books are often full of so many names and figures that it’s hard to hardly remember anything. So you’re much better off visiting the architectural relics of the Bulgarian Empires and learning about this country’s complex history in person.

It’s believed that the First Bulgarian Empire was established back in 681 by Khan Asparukh, south of the Danube River. Asparukh united under his control his own Bulgar tribe and the numerous Slavic tribes that already inhabited this land. Bulgaria was officially acknowledged by the Byzantine Empire in 681, being the first country on the Balkan Peninsula recognized by the Empire. The first Bulgarian capital was Pliska, a planned city that was used mainly by the aristocracy.

Pliska acted as the capital of Bulgaria from 681 to 893 AD. Today, you will find its remains 1.5 miles (3 km) away from the modern town of Pliska. Stroll along the ruins of the Grand Palace and the Small Palace to learn about the life of the ruling family. Then head for the impressive Great Basilica, the highlight of the archaeological site, used as a royal church. 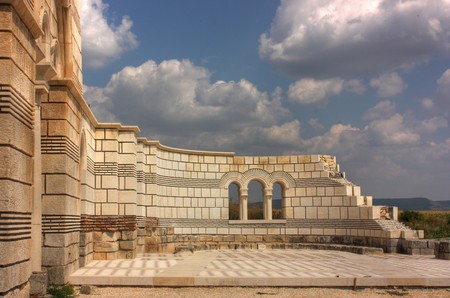 The decision to move the capital of Bulgaria from the still pagan Pliska was a symbolical one after Bulgaria became a Christian country. In the first years of its new role, Veliki Preslav (or Grand Preslav) quickly turned into a literary, artistic, and spiritual hub for the whole country.

Today Veliki Preslav is a national archaeological reserve, 12 miles (20 km) from the major city of Shumen and 3 miles (5 km) from the modern town of Veliki Preslav. Your walk along the ancient walls and buildings will reveal the might of what once was one of the major cities in Southeastern Europe. Just imagine what the life of a king was in the Great Palace, or staying in the middle of the Throne Palace. If you’ve already visited Pliska, you may notice some similarities, as the two capitals shared the same style. The Round Church is the highlight of what remains of the ancient Veliki Preslav. 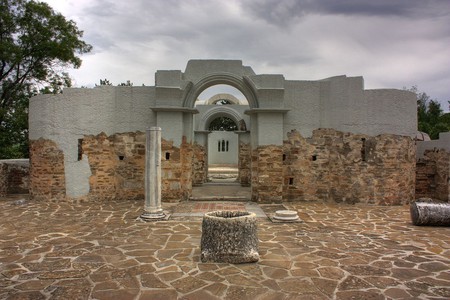 After being part of the Byzantine Empire for more than 100 years, Bulgaria regained its independence in 1185 and the Second Bulgarian Empire was established. The capital was moved once again, this time in Tarnovgrad (the old name of today’s Veliko Tarnovo). This majestically restored fortress is one of the most impressive in Bulgaria today, having the royal palace and the patriarchal palace within its premises. The fortress is perched on a hill bearing the same name with Trapezitsa, the second most important fortress from that period, towering on the adjacent hill. On specific nights, you can watch a sound and light multimedia show on the fortress (for upcoming dates of the show, you should ask at the local Tourist Information Center). 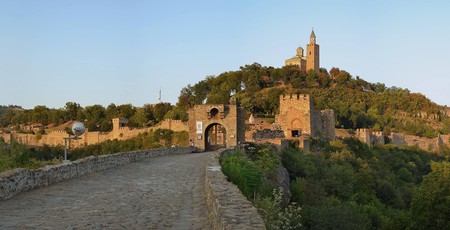 Baba Vida Fortress in Vidin is the best preserved fortress that you can see in contemporary Bulgaria. The first stronghold was erected here by the Romans in III century AD with a medieval fortress built upon its remains later. During the Second Bulgarian Empire, Baba Vida Fortress was the strongest in Northwestern Bulgaria and at some point, the Vidin Tsardom was established separately from the Bulgarian monarchy, with Vidin announced for its capital. You can still walk along its walls, look around from the towers, or explore its one-time prison. 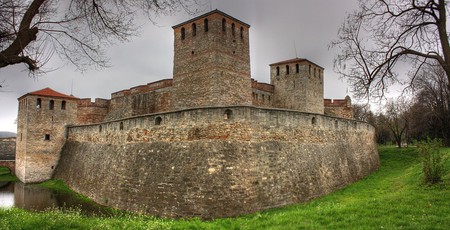