Unusual Things to Do in Sofia 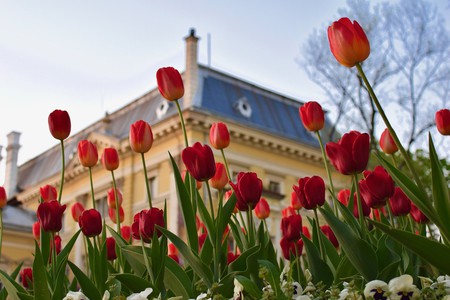 Sofia is a city that doesn’t evoke major expectations in the imagination of its visitors, like Rome or Paris, and this is probably its biggest advantage. The Bulgarian capital is full of surprises and has much to offer the curious traveler beyond the official travel guides. If you want to discover the quirky side of the city, here are some of the most unusual things to do in Sofia, Bulgaria.

Many centuries ago, Sofia was founded around mineral water springs where exhausted travelers could stop and rest. Although the city is not really famous as a spa destination nowadays, there are spots where drinkable mineral water runs from public drinking fountains. This means you don’t actually need to buy bottled water (although the tap water is perfectly safe to drink as well). All you need is a reusable bottle that you can refill. The most convenient fountains are located right in front of the Cinema House, across the street from the Sofia History Museum. Or simply follow the people coming to fill their big empty plastic bottles. 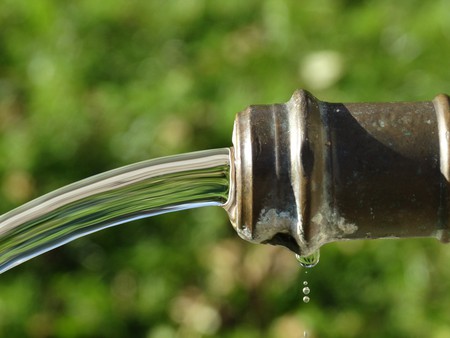 Discover the Square of Religious Tolerance

The Square of Religious Tolerance is an area in the center of Sofia that has four places of worship of four different religions standing just a few hundred feet from each other. It is formed by the Orthodox Christian Saint Nedelya Church, the Sofia Synagogue, the Banya Bashi Mosque, and the Catholic Cathedral of Saint Joseph. You can walk by all four in as little as ten minutes, but consider entering the buildings as well since they are all housed in historical edifices.

Get on a retro tram… or half of one

Sofia has most of the major museums in Bulgaria, with some of the most interesting exhibits from the country’s history, but only one of them offers you the opportunity to board an original old-time tram, or rather a piece of it installed at the Sofia History Museum. While you are sitting on a seat and looking at the signs admonishing passengers not to spit, you will also see original footage from the time when the tram was actually in use. The museum has a few other star exhibits, like a golden king’s carriage and a neolithic house model.

Make a wish at the Russian Church

Sofia’s Saint Nicholas Church, simply known as the Russian Church, is not only one of the most intricately decorated churches in the Bulgarian capital with its Russian-style bulb-shaped domes, but it is also said to make wishes come true. After visiting the main area of the church, head to the side entrance (the left side if you are facing the church) and write your wish at the church’s crypt. 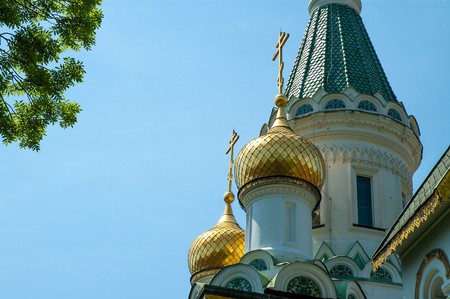 You may or may not have tried tripe soup before, and you may love it or hate it. In any case, if you are a bold foodie, give this spicy local delicacy a chance because it is not only part of the dietary regime of many Bulgarians, but it is only known as the ubiquitous hangover remedy. You will find it at simple eateries, mostly outside of the tourist areas. When you have the soup served, you should add a lot of garlic and spicy red pepper to it.

Ring your country’s bell at the Bells Monument

The Bells Monument (Kambanite in Bulgarian) is one of the hidden gems of Sofia, especially for those interested in Communist-era architecture. What today looks like a grey and rough monument was built in the 1980s as a global children’s monument with the idea to include a bell dedicated to every country in the world and to have children ring these as a gesture of peace. To get there, take the subway to Business Park station. Then find your country’s bell and ring it as an evocation of the universal wish – Peace on Earth. 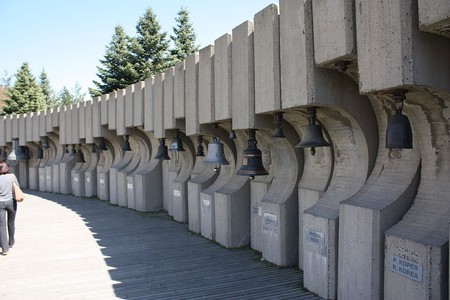 Squat for a beer at the knee-high convenience stores

This is one of the most unusual sights you will come across in the center of Sofia – people squatting to buy a beer or chocolate from the basement shops you will see here and there along the sidewalks. The fact that the head of the shopkeeper is at the level of the customer’s shoes doesn’t bother anyone. The special physical effort needed to get your purchase and your change created their local nickname – klek shops (literally, squat shops). Klek shops popped up in Sofia shortly after the end of the Communist era when many people, wondering how to make ends meet, opened convenience stores in their basements.

How about traveling back in time and down underneath the Saint Sofia Church to explore a labyrinth of sarcophagi and to see remains of an early Christian necropolis? Plan at least half an hour to explore the catacombs of the church, and don’t forget to check out the Honorius Tomb located just across the entrance of the church (the same ticket is valid for both, but they are accessed through different entrances).