Undiscovered Ski Destinations You Should Visit Before Others Do 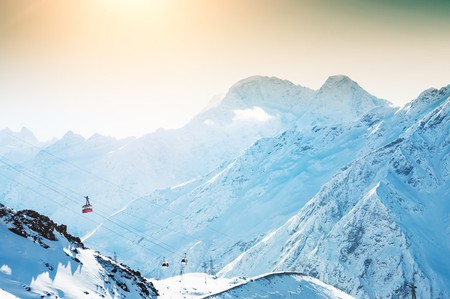 If skiing is not just a sport for you, but also a way to change the scenery and explore new places, get stuck into this guide to some of the lesser-known ski resorts across Europe.

Vitosha Mountain is located only a 30-minute drive from the center of the Bulgarian capital, Sofia, which makes it a perfect weekend escape (for the enthusiasts, an early morning weekday escape too) from the hustle and bustle of the city. There are more than 10 slopes with different levels of difficulty, from beginner to expert, and the opportunity to keep on skiing even after the dark falls, with an illuminated slope until 10 pm. 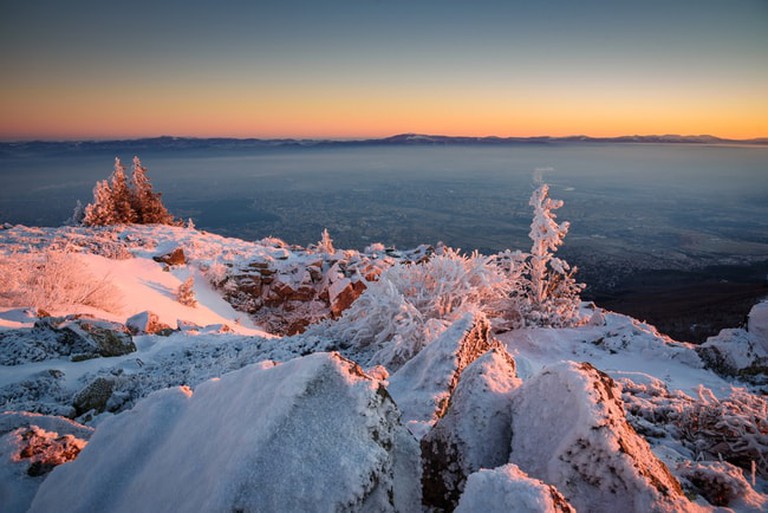 Slovenia is a perfect skiing destination with resorts and snow parks suitable for both skiers and snowboarders. Besides more than 40 km (25 mi) of ski slopes, the biggest ski resort in the Balkan country, Maribor Pohorje, has almost 30 km (18 mi) of cross-country tracks. Both beginners and advanced skiers have a range of slopes to choose from, with the longest slopes for night skiing in Europe located here, and offering a beautiful panorama of the blinking lights of the city of Maribor while skiing. For more than 50 years, Maribor Pohorje has also been hosting the Golden Fox event – the women’s World Cup alpine races in slalom and giant slalom. 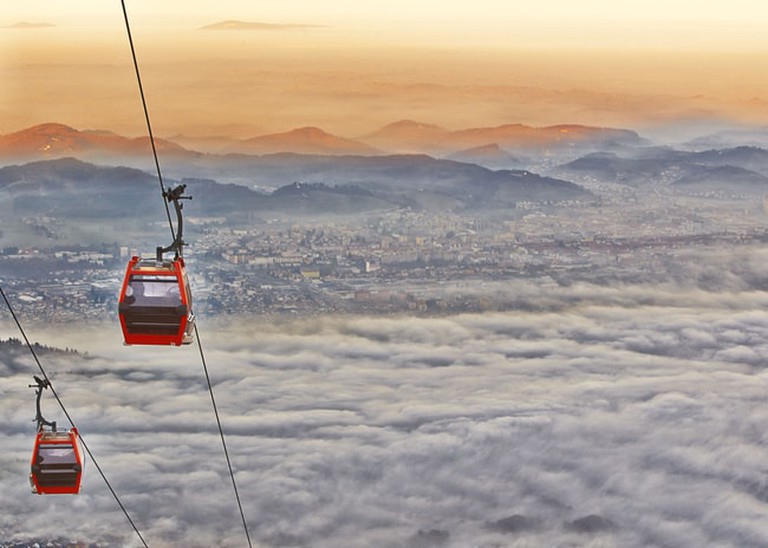 Krasnaya Polyana near Sochi, Russia, is often referred to as the ‘Russian Switzerland’ for the amazing views and the equally amazing slopes and infrastructure left from the 2014 Sochi Winter Olympics. You can practice almost all kinds of winter sports here – from ski jumps and downhill skiing to heliskiing, cross-country and Alpine-style skiing. For the Olympics, a convenient railroad was built to connect Krasnaya Polyana with the Sochi Airport and the town of Sochi. 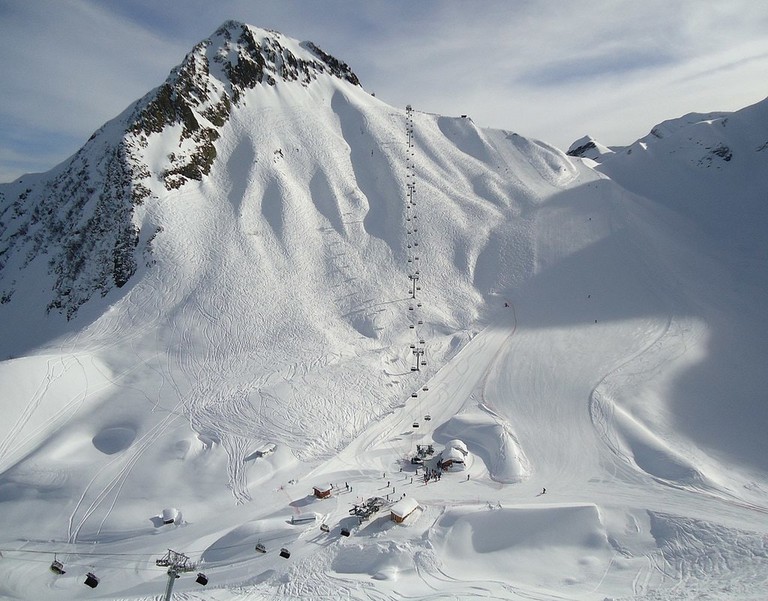 Resort, Hotel
Facebook
Email
Twitter
Pinterest
Copy link
Share
Map View
Head to the Low Tatras Mountains is Slovakia and find your perfect slope whether it be for a family ski vacation, for beginners or advanced skiers at Jasná Nízke Tatry. The skiing season lasts at least five months with more than 30 km of slopes, 30 cable cars and chair lifts and the scenic Chopok Peak in the backdrop. If you are a free ride enthusiast, try the snow park.
Open In Google Maps
72 Liptovský Mikuláš, Žilinský kraj, 031 01, Slovakia
+421907886644
Visit Website
Give us feedback

Macedonia is another off-the-radar ski destination with Popova Šapka being one of its big winter resorts, set in the Shar Mountains. Skiers at Popova Šapka have more than 20 km (12.5 mi) of slopes with the imposing Titov Peak (2748 m/9,015 ft) dominating the skyline. The ski lifts have a capacity of 8,000 skiers per hour. Popova Šapka hosts the Sharplaninski Cup in slalom and giant slalom. One of the major Macedonian cities, Tetovo, is located just 7 km (4 mi) away from the ski resort. 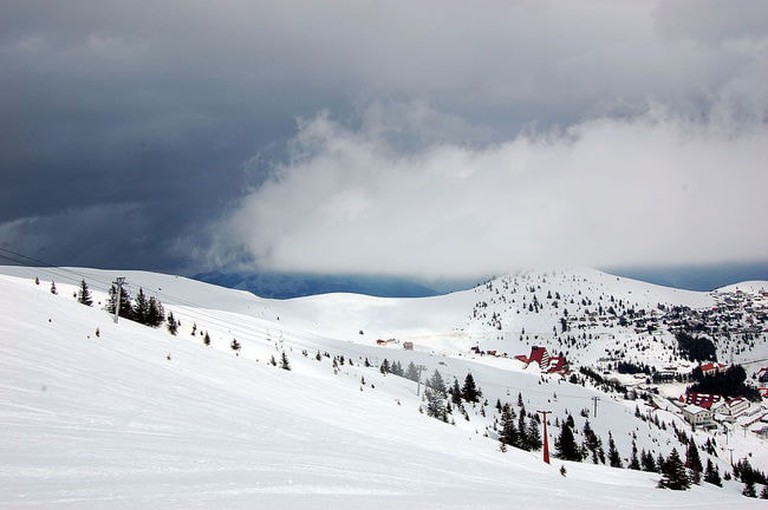 Gudauri is a young ski resort located in the Kazbegi area of Georgia, 120 km from its capital Tbilisi (75 mi). The highest lift station is soaring at a little more than 3,000 m (9,860 ft) with the three highest slopes suitable for skiing even in May. The total length of marked slopes is 50 km (30 mi) but if you need a change, you can try the snowpark or try your hand at heliski practiced here throughout the season.

Babin Zub is the newest ski resort in Serbia where five ski lifts and almost 12 km (7.5 mi) of slopes are available for winter enthusiasts in Stara Planina Mountains. There are few hotels at Babin Zub with B&Bs and private apartments and villas being the main accommodation options in the area. There are plans for the resort to be expanded with more lifts and hotels, while the total length of the slopes is planned to reach 100 km (60 mi). 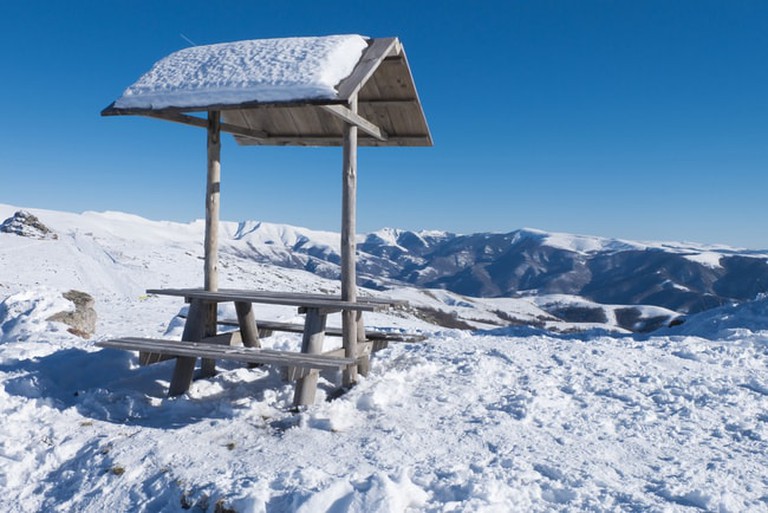