The Top 10 Things To Do And See In Sunny Beach, Bulgaria 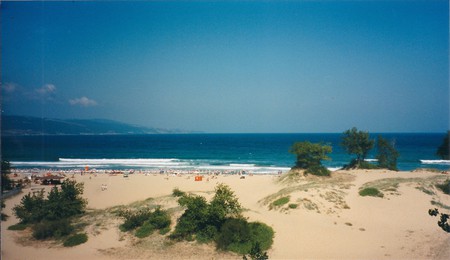 Sunny Beach (or Slanchev Bryag to Bulgarians) is principally known for its sandy beaches and scorching weather. Here are the best ways to have fun and stay active in Bulgaria‘s top beach resort. 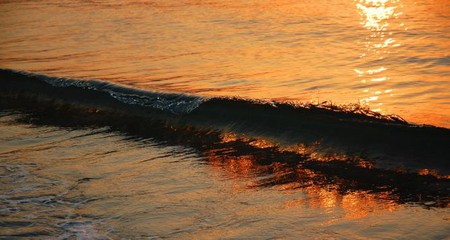 Party till the sun comes up

No one can talk about Sunny Beach without highlighting its status as one of the top party destinations on the Black Sea coast. It is particularly attractive among young party-goers who want to let off steam after exams without breaking the bank. In fact, the nightlife here is incredibly affordable. If you like your hedonism organized, why not join one of the cities famous pub crawls? They offer everything from foam parties to party boats during the summer season. 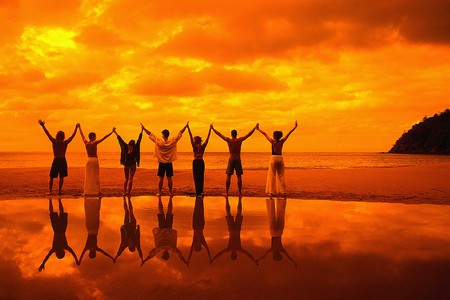 Greet the sun on July Morning

It was John Lawton of Uriah Heep who unwittingly inspired an entire festival with his 1971 song of the same name. Back in the day, Bulgarians would sing the words to July Morning as a sign of protest against the oppressive Communist rule, which had censored much of the music coming in from the West. Since then, the practice has turned into a celebration of freedom and the beauty of nature. Traditionally, early-birds gather at Kamen Bryag after having camped out on the cliffs to greet the sun as it rises in the morning on 1st July. They are joined by John Lawton himself who performs the song in front of thousands of fans. Meanwhile in Sunny Beach, the party starts from the previous night on Cacao Beach with a line-up of local DJs, and together they usher in the new day. 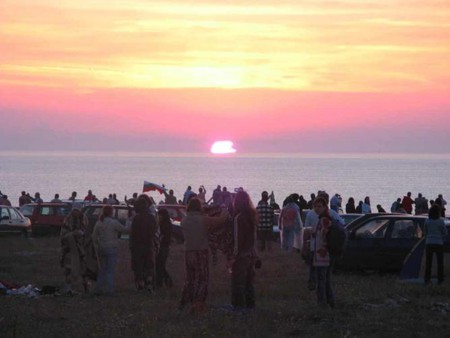 Bulgarian wines may have suffered a decline in popularity abroad at the hands of their European and New World rivals. However, they are part of an age-old tradition surviving from Thracian times, enjoyed locally now more than ever. Located 12 kilometers from Sunny Beach itself, the Medovo Winery has made it possible for visitors to indulge in red and white Bulgarian wines made from their own grapes. They have two separate wine tasting sessions for their classic and premium wines, and one for their brandies and rakias (the local spirit made from fermented fruit, usually grapes). The ethnographic complex is made up of houses built in an old Bulgarian style and provides a harmonious setting in which to enjoy an afternoon of civilized drinking. 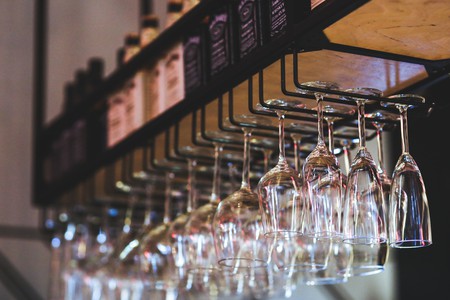 A Great Selection of Wines / | ©Pexels

Embark on a safari adventure

If sitting on a beach all day isn’t quite your thing and you’re feeling particularly adventurous, then head on down to Marinka village just south of Burgas and go on safari for the day. The team of delightful British hosts offer guided river tours which see visitors delve into the wildernesses of the Black Sea coast and explore areas rich in rare species of reptiles and other animals. Oh, and bring a picnic with you to enjoy while you relax by the private pool in between activities. (Remember a towel and a change of clothes).

Go all out at the summer music festivals

In the space of just 10 years, annual festivals have been established on the Bulgarian Black Sea coast, all of which vary greatly in musical policy. The longest-running is the Kavarna Rock Fest, which since 2006 has been serving up unforgettable rock and heavy metal acts to its hardcore fans at the Kaliakra Stadium. For those who listen to EDM, there is a month-long electronica shindig in Sunny Beach each year, welcoming DJs from all over the globe and hosting some party nights to remember (or perhaps forget). 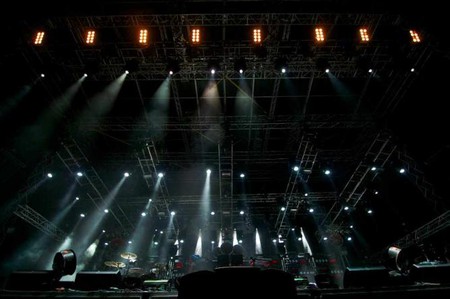 The main stage at Spirit of Burgas | © Vladimir Petkov/Flickr

Explore one of Europe’s most ancient settlements

The ancient city of Nessebar has seen many civilizations pass through its streets, from the Thracians and Greeks to the Roman and Byzantine empires, leaving behind countless traces of their respective cultures over the course of three millennia. In the Middle Ages, it was one of the most important towns on the west coast of the Black Sea. It functioned as a spiritual center, evidenced by the beautifully preserved medieval religious buildings on the peninsula. It is worth dedicating an afternoon to exploring this one’s magnificent architecture, which has been declared a UNESCO World Heritage Site. Consider staying on for dinner too, as there are several lovely restaurants serving traditional food that can be found among the ruins of the ancient city. 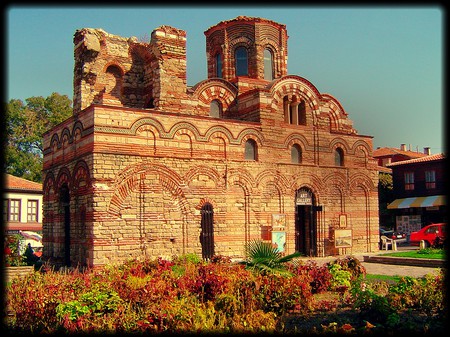 Sail the coast on a hydrofoil

Want to feel the breeze as you speed along the coast on a scenic tour? The folk at Fastferry Hydrofoils promise twice-weekly, full-day excursions on their Kometa hydrofoil. Cruisers are picked up at 8:30am from Sunny Beach and taken to the Old Nessebar harbor where they board the fast ferry. From there they set sail for Sozopol, where visitors can spend a whole afternoon exploring the old town at their leisure (lunch included), before returning in the evening. An alternative route incorporates a morning cruise along the Ropotamo River, one of Bulgaria’s most precious natural reserves. Some have called these reserves the Bulgarian Amazon and they stand out for the wild animals and stunning rock formations. 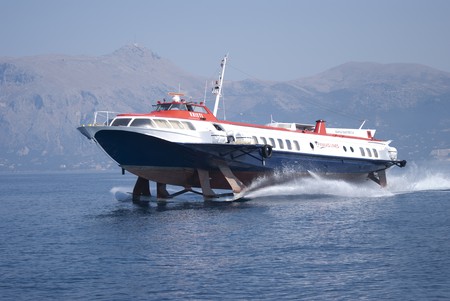 Frolick in the mud baths

One of the local secrets of the Bulgarian Black Sea coast is its mud baths, which formed naturally over millions of years. They are said to act as a cure for joint and skin conditions. It was Hitler, believe it or not, who was the first to profess their healing properties back in 1942. In fact, he was so impressed that he ordered three truck-loads of mud to be taken back to Germany. Next to the mud baths is a shallow rust-colored lye pool, whose high salt content allows swimmers to float on the surface much like in the Red Sea. Located by Atanasovsko Lake just north of the coastal city of Burgas, these are only a half hours’ drive from Sunny Beach and, best of all – absolutely free. 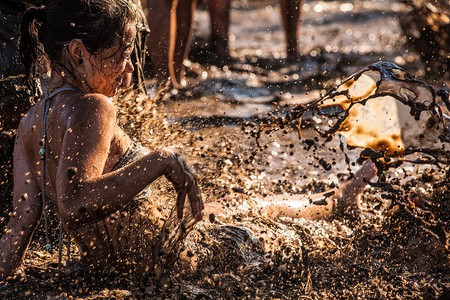 Seek out the virgin beaches of the Black Sea

Sunny Beach can get pretty crowded in the high season, and some tourists prefer to look for less densely populated sand stretches to put the towel down. The closest alternatives are the beaches in Sveti Vlas to the north and Nessebar to the south. To avoid the resorts entirely, head to Irakli. This three-kilometer stretch of beach is a protected strip of land, preventing investors from building on or near its sandy dunes (though the local government has recently threatened to change this). It is typically frequented by young Bulgarians for its clear, golden sands and the surrounding wild vistas, and it is not uncommon to see enthusiasts camping out in tents. On the way back to town, stop off at Cape Emine and look across the water from the tip of the 60-meter-tall cliff, the former site of a Medieval fortress and monastery, now in ruins. 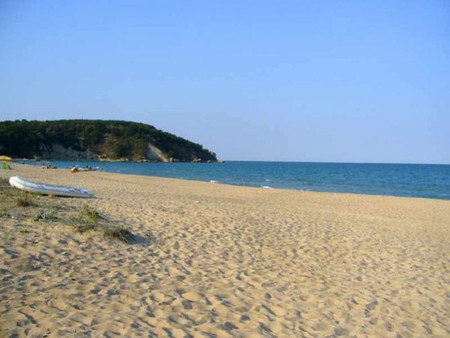 Holiday-makers with families can enjoy activities without even having to leave the resort. There are excellent facilities for water sports, from the more casual to the more extreme. Among these, banana-boating, waterskiing and parasailing are the most sought after. If you prefer not to get your feet wet, then you can set up a game of volleyball at the nets on the beach, or go for tennis and riding lessons nearby. At the exit of the resort there is a go-kart circuit and a bodydiving arena. What’s more, all of these thrills, like most things in Sunny Beach, cost only a fraction of the price compared to other European resorts. 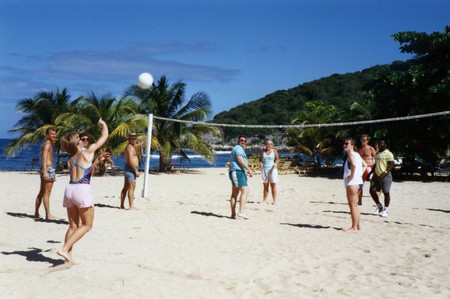