The Story Behind Sofia's Basement Shops 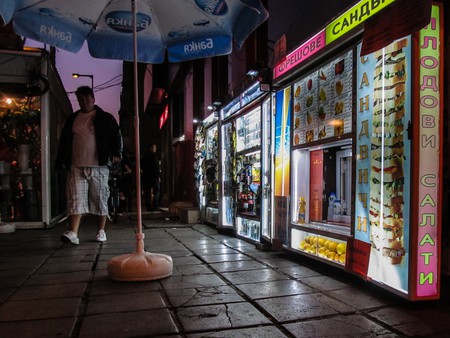 A klek shop in Sofia | © Sands and Tsunamis/Flickr

One of the most unusual sights a foreigner could come across when visiting Sofia for the first time, are the knee-high convenience shops situated in basements along the streets. To buy a beer or a pack of cigarettes from them you need to squat down to their level, hence their Bulgarian jargon name – klek shop (meaning ‘squat shop’).

Back in 2015, a Japanese TV crew filmed a few klek shops in Sofia and broadcast them on the evening news. They are not the only ones who are amazed by this peculiar local custom, as travellers from all over the world find them just as fascinating.

Even though klek shops have turned into an integral part of Sofia’s culture today, they are quite a new phenomenon.

The story of the klek shops begins after the fall of communism in Bulgaria in 1989. Before that, all businesses were owned by the state and private shops didn’t exist. In the first years after such big changes were made in Bulgaria, the whole social and economic situation was difficult and unclear, so many people had to come up with creative ways to make a living. That’s how those who had a basement at street level filled them to the top with cigarettes and alcohol, and became proud shop owners. 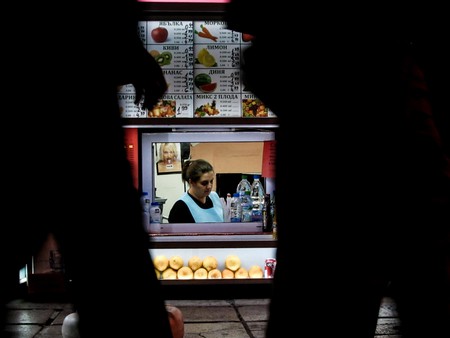 A klek shop in Sofia | © Sands and Tsunamis/Flickr

The shopkeeper’s head was at the level of the customer’s shoes, but this didn’t seem to bother anyone. The important part was they didn’t have to pay rent for the shop because they made use of their own property.

Even now, when the economic situation has changed and Bulgaria is a European Union member, more and more klek shops are popping up in the center of Sofia. Today you can find a wider array of goods in a klek shop than ever before, such as freshly squeezed juice or even a shoemaker’s shop.