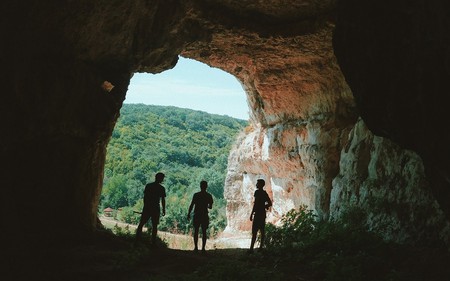 A stunning view on the way | © To Get Lost On Purpose

For 40 days, Chris, Yasen and Anastas (Stas) road-tripped around Bulgaria in a 30-year-old Soviet car. Their journey was documented in their Youtube series, ‘To Get Lost on Purpose’. We interviewed them and they shared their adventures and explained why getting lost is the best way to explore Bulgaria.

What better way to spend your last summer as teenagers than to head out on the road? For over a month, the Bulgarian trio visited tiny, almost abandoned villages and slept wherever the road took them, from camping in the hills to experiencing the hospitality of a babushka. Their whole journey was documented and released in the series ‘To Get Lost On Purpose’. Here’s what happened behind the scenes.

How did you meet, and why did you decide to head on this adventure together?

Chris: The idea was born while I was traveling on my favorite rusty Bulgarian Railway. The train was going through tiny stations, and I was watching the people leaving and hopping in. I was just curious. What stories do these people carry? What adventures lie behind the hills? So I started thinking and dreaming about such a journey. First, I shared the idea with Anastas, whom I met on the first day of university. There was an organized trip for the whole freshman class, and because I was late, when I got in the bus, there was just one free seat – next to Anastas. And the rest is history.

On the other hand, I met Yasen almost by accident. When I met him, he had just returned from Germany and he shared with me his passion for working on projects in Bulgaria. The only two things I could ask him after our talk was, ‘What are you doing this summer?’, and ‘Do you have a driving license?’. 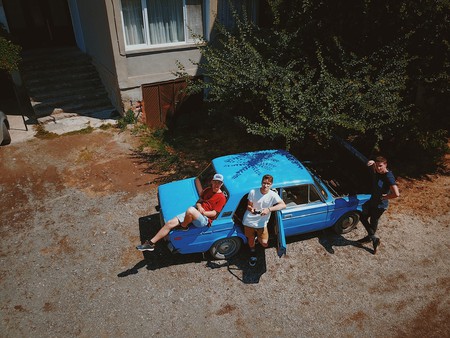 What were the main obstacles that you weren’t prepared for?

Chris: We were definitely not prepared in any way for the countless times our cars broke. I say cars because we had to change several along the way. I thought it would be funny to head on the journey with an old Russian car from the 70s – Lada. The first one we rented broke on the way home. The second one that we bought (we spent around 400 euros on it) broke the very next day, so we had to finish our trip with my dad’s old BMW, which was as old as the Ladas. We had engine problems, brake problems, suspension problems, flat tires, holes in our tank, speed meters that didn’t work… and we were definitely not prepared for those obstacles.

I also wasn’t prepared for sleeping in sleeping bags on empty fields, so the first week was a little bit sleepless for me, because honestly, I jumped at every little noise and crack around us. 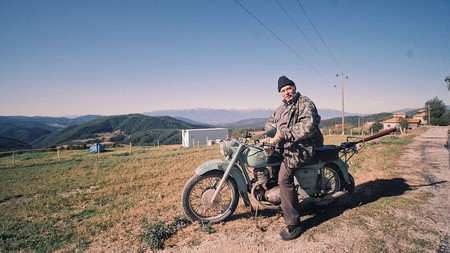 Encounters on the road | © To Get Lost On Purpose

Yasen: Our director Chris had prepared an interesting concept for us: to complete this trip with the help of a 30-year-old Russian car. It sounds very cool, but very optimistic too. We had to face the reality and give up this idea after a great deal of problems. So yes, car problems followed us all the way, but we are still alive!

For me personally, one of the main obstacles was how to approach people in the villages. There was a huge generation gap and most of the people were astonished that we were travelling through small villages where, seemingly, there wasn’t anything interesting for us. After a few days, we found a way to communicate with them, and we had so much fun. 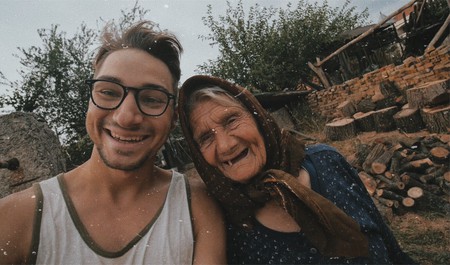 Stas: Going into that trip, we did prepare many things: packed sleeping bags and a tent, not knowing where we would end up sleeping, bought a gas stove to cook some food and boil coffee in the mornings and even had an emergency medical kit, but we never could have predicted how many times our car would break or our computers/memory cards would fail. We had no knowledge at all how to repair our car midway between the villages and didn’t even have a toolbox… so newbie of us.

What were the most heartwarming stories you experienced on the road?

Chris: One of the most heartwarming stories for me was of a mayor we met in a village with less than ten people. Before he retired he used to work in the military as a radio operator. His village was in a mountain, and there wasn’t a good signal. Since he was the mayor, he built a special local radio transmitter that caught a radio signal, so the few people left in his village could still listen to the radio and not be captivated by the complete silence. 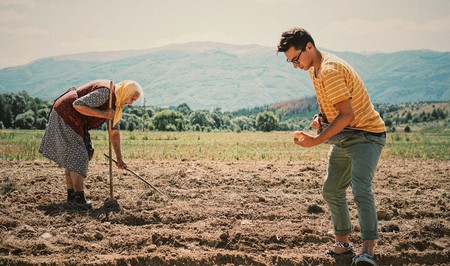 Stas: One of the most memorable stories was of a Muslim family we met in the Western Rhodope Mountains. They had gathered in the middle of the hills to celebrate Ramadan with their grandmother – three generations had come together, walking for hours to reach the mountain shelter, where the old woman was living and taking care of her few cows and collecting mushrooms in the summer. Even though the family was just scraping by, they welcomed us as old friends and sent us away with bags full of gifts: jam, honey and yogurt.

Another story was the one of a Bulgarian novelist and her husband who had come back from Paris to live in an abandoned village in the middle of nowhere, where only six people lived. They created an art center, rebuilt a few old houses and organized workshops all summer long. Since and because they started their work there, a couple of young families had bought houses in the village.

Yasen: The people are the ones who make a place significant. I believe that the right way to explore the world is through the different cultures and people you meet. It was one of the first villages we reached, on our third day probably. We saw a group of four to five old men who were just chilling at a table. We asked to sit next to them and they immediately invited us. It seemed that they just needed to talk with someone new and share their stories, which was exactly what we were searching for.

We ended up with a bag full of stories and gifts – watermelons, tomatoes, bread, hot chocolate and even kebaps (roasted meats). We learned that years ago this was the village that had the most educated people in Bulgaria. Among the people at the table, there was an ex-aviator, priest-poet and an ex-politician. They were extremely kind, and they even phoned us during the journey to ask us if everything was alright. 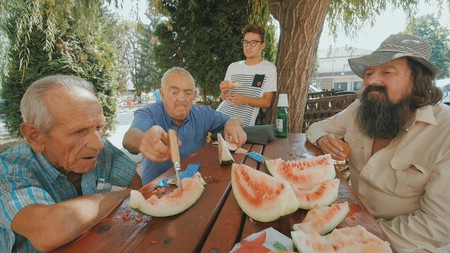 What has the whole adventure taught you?

Chris: The adventure definitely taught me to step out of my comfort zone and step into the unknown. Honestly, waking up and not knowing where I’m going to spend the same night or what I’m going to eat, if I’m going to eat at all, is a little bit scary. But that’s where the adventure lives. Sometimes in my personal life, I feel completely overwhelmed by problems, not knowing where exactly I am heading, but now I know more than ever that I – that we – are exactly where we need to be. For every problem, God has already taken care of it. It’s all just part of the greatest journey called life. 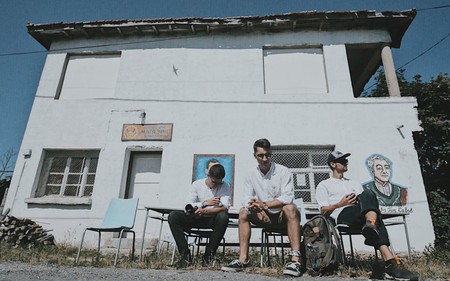 Wondering where to go next | © To Get Lost On Purpose

Stas: The adventure taught us to get rid of all prejudice, to be kind and open to different people we meet on a journey, because yes, we are different, but no matter race or religion, we are all people. What unites us is our kindness to each other. We learned a bit about what there is under the hood of a car too – useful on a long road trip like that. As for the next goal: I would love to do a journey by bike, maybe somewhere further away from home… who knows.

Yasen: It taught me how to get out of my comfort zone and be more adventurous. It gave me hope that Bulgaria is a unique country with great potential. It’s beauty is magnificent. Most of all, it showed me that there are so many kind and friendly people, who are willing to help you, no matter how much they have or how they feel. As they say, goodness will always prevail. All the prejudices concerning Bulgaria are a myth, and you must explore it to understand it! It is a must-see! 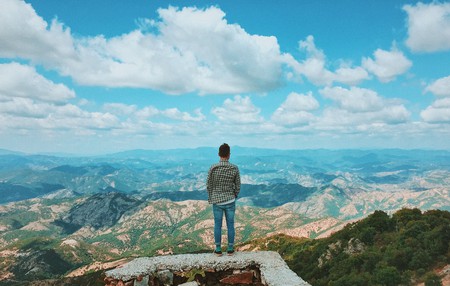 A landscape from Bulgaria | © To Get Lost On Purpose

What’s your next goal?

We haven’t really planned the next goal. We have ideas for bigger trips – Africa, Asia, South America. We want to continue to share the beauty of the small places. We know that, when it’s the right time, we will get there. This is just the beginning!