The Best Ski Resorts in Bulgaria 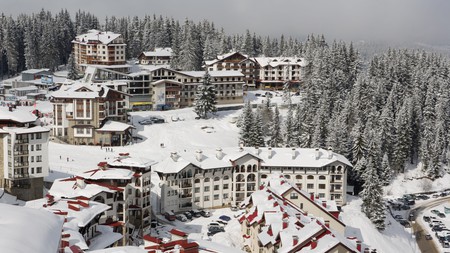 Bulgaria is fast becoming one of the most popular countries in Europe for skiing. With budget-friendly resorts, decent snowfall and World Cup-standard pistes, it’s no wonder hundreds of thousands of skiers descend on the country’s slopes each winter.

There are three major ski resorts in Bulgaria – Bansko, Borovets and Pamporovo – plus many other smaller, quieter ones to explore. The country is home to 37 mountains, and temperatures regularly drop to -5C (23F), which is not quite as bitterly cold as Northern Europe. Intrigued? Culture Trip rounds up the best ski resorts in Bulgaria. 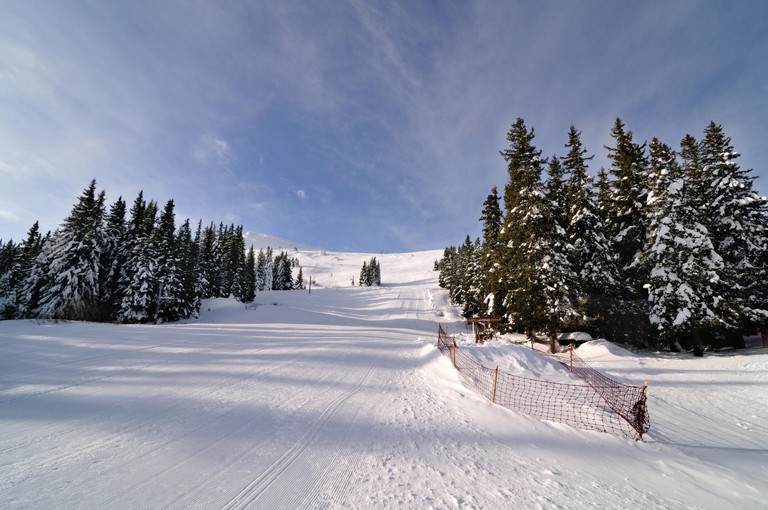 © Radoslav Stoilov / Alamy Stock Photo
Vitosha is about 10km (6mi) from Bulgaria’s capital, Sofia, and at 2,290m (7,513ft) above sea level, it’s one of the highest resorts in the country. It has 15 lifts to transport skiers around the 20km (12mi) of slopes. While it’s not a huge ski area, it’s easy to reach from Sofia and is very reasonably priced, with a one-day adult lift pass costing just 40 Bulgarian leva (£18.80). The facilities aren’t as up to date as other Bulgarian ski resorts, but it’s good for an afternoon’s break from the city. Stop at Gostopriemnitsa Moten for a bite to eat afterwards – it’s just a short walk from the Simeonovo Gondola.
Open In Google Maps
Pernik, 2346, Bulgaria
Give us feedback

Ski Resort
Facebook
Email
Twitter
Pinterest
Copy link
Share
Map View
Near Pamporovo is the lesser-known Chepelare resort, at the foot of the 1,873m (6,145ft) Mechi Chal peak. With pistes totalling 20km (12mi), there is a four-person chair lift to whisk you to the top, plus a few drag lifts for the smaller slopes. Chepelare is also home to Bulgaria’s longest ski run (about 5km/3mi) and offers ski lessons for adults and children. The town itself has the only ski and snowboard factory in the Balkan peninsula, working with Atomic Skis, and is the birthplace of biathlete Ekaterina Dafovska, who won Bulgaria’s only Winter Olympics gold medal.
Open In Google Maps
Chepelare, Smoljan, 4850, Bulgaria
Visit Website
Give us feedback 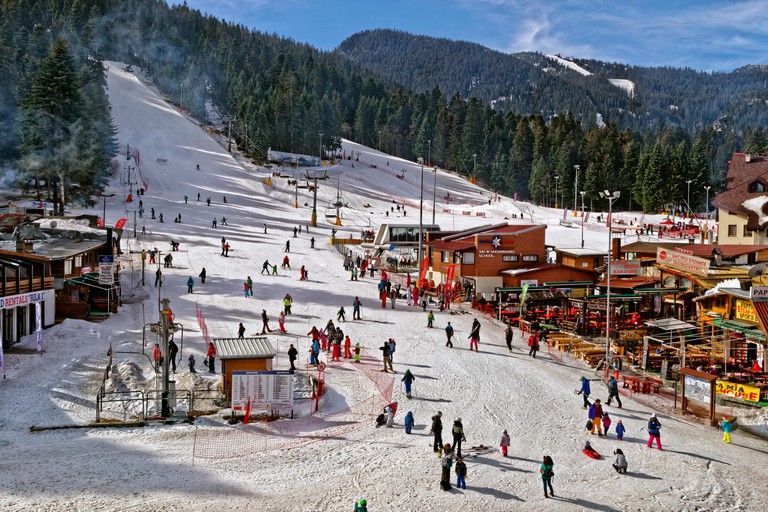 © Roy Conchie / Alamy Stock Photo
Fit for a king, Borovets sits on the northern slopes of the Rila mountain range, 70km (43mi) south of Sofia, and was historically the summer playground of Bulgaria’s monarch. The resort – nestled in a pine forest 1,390m (4,560ft) above sea level – boasts 58km (36mi) of ski trails plus good ski-touring routes for freeride skiers. Temperatures here are mild, averaging 5C (41F) in January. True to its royal past, the resort features luxury hotels – namely the Hotel Yastrebets – with ski-in, ski-out access. Cosy eateries, such as the Green King, serve up Bulgarian cuisine and après-ski beers. The fun carries on after dark, thanks to night skiing until 10pm and nightclubs.
Open In Google Maps
Borovets, Sofia Province, 2010, Bulgaria
Give us feedback

Just 40km (25mi) from Borovets and with only 4km (2.5mi) of runs, Malyovitsa is more commonly frequented by alpine mountaineers looking to summit the 2,729m (8,953ft) peak. It’s also popular with advanced skiers who come here for backcountry skiing. Hire a guide to take you up to the summit, starting at 1,730m (5,676ft) and ascending 1,000m (3,281ft); it takes around seven hours in total. The best conditions are usually between February and April. Don’t miss the incredible views stretching across the nearby Balkan lakes, namely Strashnoto (the Scary Lake).

Open In Google Maps
Kyustendil Province, 2643, Bulgaria
Give us feedback 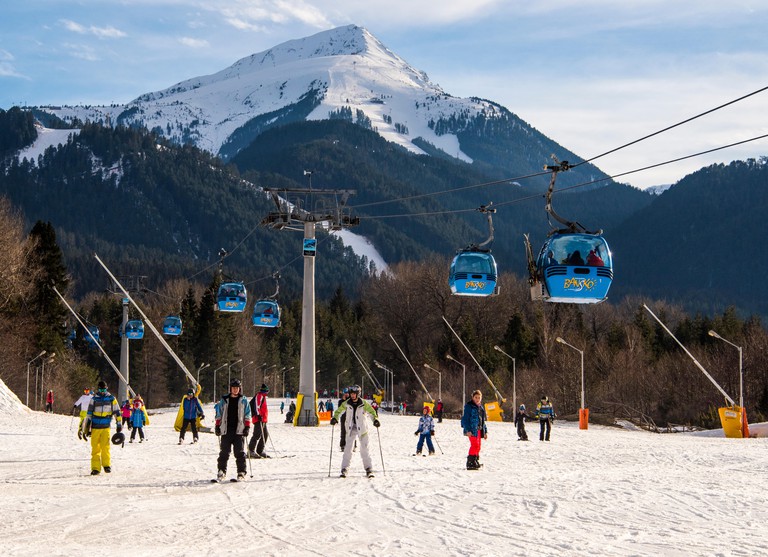 © Nadia Isakova / Alamy Stock Photo
As Bulgaria’s largest ski resort with 75km (47mi) of pistes, Bansko is also one of the best ski resorts in Eastern Europe. Situated at the foot of the Pirin Mountains, it’s home to 18 pistes varying from easy blues to trickier blacks, and its high altitude – with slopes reaching 2,600m (8,530ft) – make this ski area more snow-sure than neighbouring resorts. Prices are noticeably lower compared to Alps ski resorts, with a one-day lift pass in Bansko going for 70 leva (£32.85). It’s also gaining international recognition. It’s hosting the FIS World Cup through 2021 and won the title for the best ski resort in Bulgaria at the World Ski Awards in 2019.
Open In Google Maps
Bansko, Blagoevgrad Province, 2770, Bulgaria
Visit Website
Give us feedback

In one of the most beautiful parts of the Balkan mountain range, you’ll find the tiny ski resort of Uzana. It’s not one for a week’s holiday – there are only 3km (2mi) of pistes – but it’s an ideal place to learn how to ski as part of a wider Bulgarian adventure. During the weekdays, this ski resort is quiet, and you’ll have the pistes to yourself. However, during the weekend, ski tourists will descend. Stay at the Balkanci Family Hotel, where you can rent ski equipment for just 8 leva (£3.80) per day for adults. Relax in the hotel sauna and Jacuzzi afterwards. 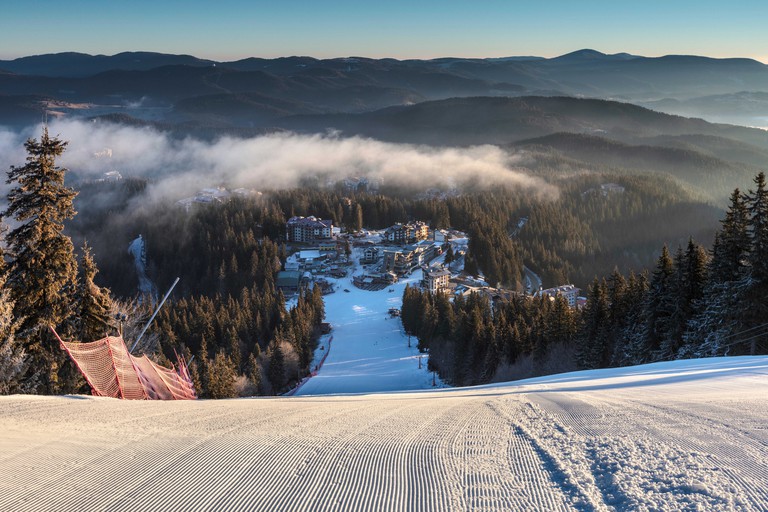 © Cavan Images / Alamy Stock Photo
Pamporovo in southern Bulgaria is a smaller, more family-friendly resort, complete with gentler slopes and less lively nightlife. With approximately 36km (22mi) of pistes, it’s the perfect place to learn to ski, with a majority of the runs being easy green and blue. Intermediates will enjoy the tree runs, but do bear in mind that this is more of a novice hill. Pamporovo reportedly has 270 days of sunshine each year, but there are plenty of snow-making facilities to keep the pistes in prime condition. For just 5 leva (£2.35), you can climb the Snezhanka TV Tower (1,926m/6,219ft) for 360-degree panoramic views. Afterwards, head for après-ski beers at Alex’s Pub, which also serves burgers, chips and pancakes.
Open In Google Maps
Smolyan, Smoljan, 4703, Bulgaria
Visit Website
Give us feedback

Ribaritsa lies 600m (1,969ft) above sea level at the foot of the Balkan mountain range. While there is only one ski run here, serviced by a drag lift, it’s 1km (0.6mi) long and is the only ski resort in Bulgaria to offer summer skiing on grass. In the village, you can spot rakia distillers and small artisan workshops. Stop at Stara Ribaritsa Tavern for a traditional Bulgarian dinner. From Ribaritsa, you can also visit the 16th-century Troyan Monastery and the nearby town of Tryavna, with its picturesque, traditional architecture.

Open In Google Maps
Ribaritsa, Lovec, 5720, Bulgaria
Give us feedback