The Best Nightclubs in Sofia that You'll Never Forget 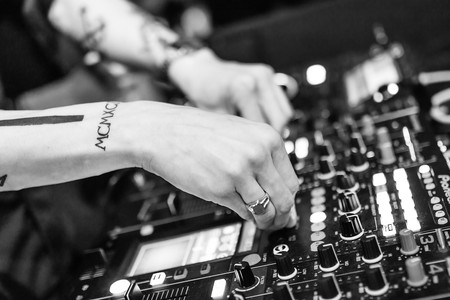 The nightlife in Sofia is as vibrant as its streets during the day. No matter if you prefer electronic dance music, piano bars or karaoke clubs, you will find all kinds of entertainment in Sofia. Here’s our favourite nightclubs in the Bulgarian capital.

Yalta Club is an iconic spot on the nightlife scene in Sofia – it was the first club to play electronic music after the fall of communism in Bulgaria, and it was where all the great Bulgarian DJs started their career. The club is known for its busy schedule because house and EDM DJs from all over the world stand behind its decks. The minimalist interior that reminds guests of a private apartment is what makes the nights particularly special.

Magnito Piano Bar & Sushi is located in the centre of Sofia, and with its two spacious halls, it can accommodate up to 200 guests. From Wednesday to Saturday, Magnito Band plays live music, but the music program has much more to offer with live concerts of the biggest Bulgarian pop and rock singers and bands.

Once Upon A Time Biblioteka

Once Upon A Time Biblioteka is one of the clubbing hotspots in Sofia located in the National Library, hence the name (Biblioteka means ‘library’). The club is open from Wednesday to Saturday and hosts parties with the most popular dance and pop hits of the day. Its lush garden, hidden among the greenery of the park, is open daily from nine in the morning to midnight.

Bar Petak (literally, Bar Friday) has been part of the Sofia nightlife since 2008, and it’s still one of the most musically versatile venues in Sofia. You can listen to funk, swing, jazz, reggae, trip hop, RnB, drum and bass, trap, soul and what-not. What makes the bar so special is the dedicated crowd that forms a whole community of its own.

Electronic dance music, reggaeton and RnB parties, live performances of Bulgarian bands and singers – pretty much the most popular contemporary music that makes you dance is played every night at Gotham Club. The party at this Batman-themed nightclub starts late and continues until the morning.

Sometimes people need nothing more than their daily dose of ovation. Karaoke fans will find their musical haunt at Versus Karaoke Bar in the centre of the city. The song collection is impressive and it’s hard to think of something they don’t have. The bar is open even on Sundays, when many nightclubs are closed.

RockIt is a legendary rock club in Sofia with both live performances and DJ parties. Its stage hosts both popular and emerging local bands, pole dancing shows, themed nights and more. The bar is known for its reasonable prices and fabulous appetizers and burgers. During the day, the bar is open for a quick lunch or a beer with no loud music in the background.