The Best Attractions in Sofia, Bulgaria

Alexander Nevsky Cathedral in Sofia | © Stanislav Traykov/WikiCommons
Sofia is a city where traditional, high-end and hipster cultures thrive alike, a place with many faces that you can spend weeks exploring. Every journey starts with a single step, however, so here are some of the best attractions to start with when you visit the vibrant capital of Bulgaria.

Saint Alexander Nevsky Cathedral is one of the biggest Orthodox Christian cathedrals in the world and one of the symbols of Sofia. You can spot its shiny gold-covered domes from various, often unexpected parts of the city – they are sometimes peeking between the roofs of two buildings or you can see their glittering reflection in the puddles after rain. It was built in Neo-Byzantine style to honour the Russians that died in the Russo-Turkish war of 1877-78, the conflict that led to the liberation of Bulgaria. They say you can hear the sound of its 12 massive bells from nine miles away (15 km). 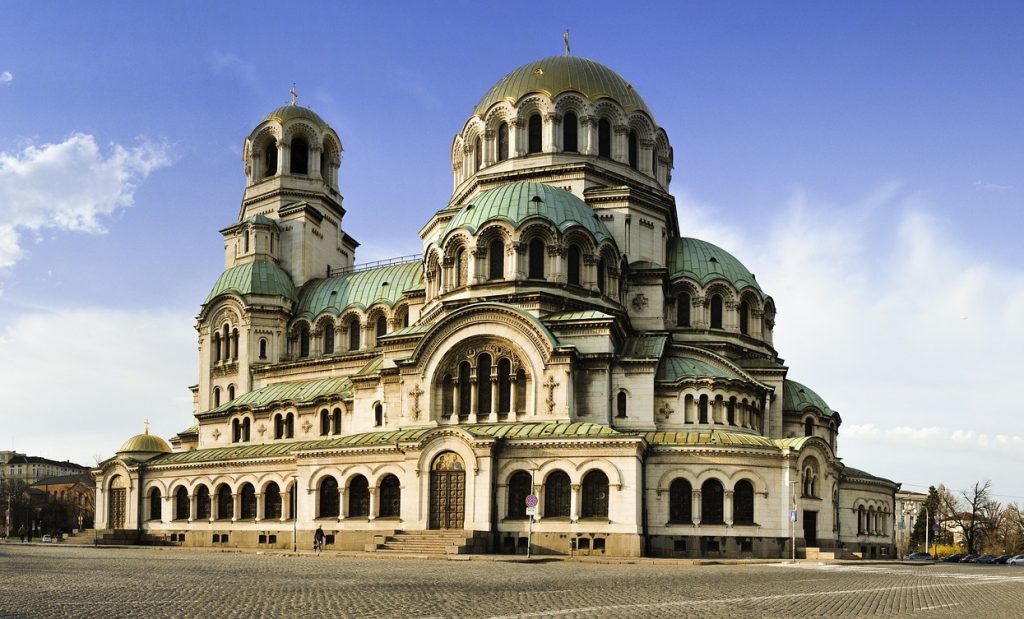 The Square of Religious Tolerance

Sofia is proud of its rich cultural past and the religious peace that it has preserved over the years. It is one of the few locations in the world where you can visit four places of worship of four major religions within a few streets of each other. These are the Saint Nedelya Orthodox Church, the Banya Bashi Mosque, the Synagogue and the Saint Joseph Catholic Cathedral – forming a square when viewed from above – known as the Square of Religious Tolerance.

The Catacombs of Saint Sophia Basilica

There are many legends about the origins of the name Sofia, but historians believe the once small town was named after the Basilica of Saint Sophia. This red-brick church was built in Roman times, serving as a mosque and a fire-brigade tower in subsequent years. Since a huge burial site was discovered under its floor, you can visit the church’s catacombs and get lost in a labyrinth of ancient tombs and corridors. 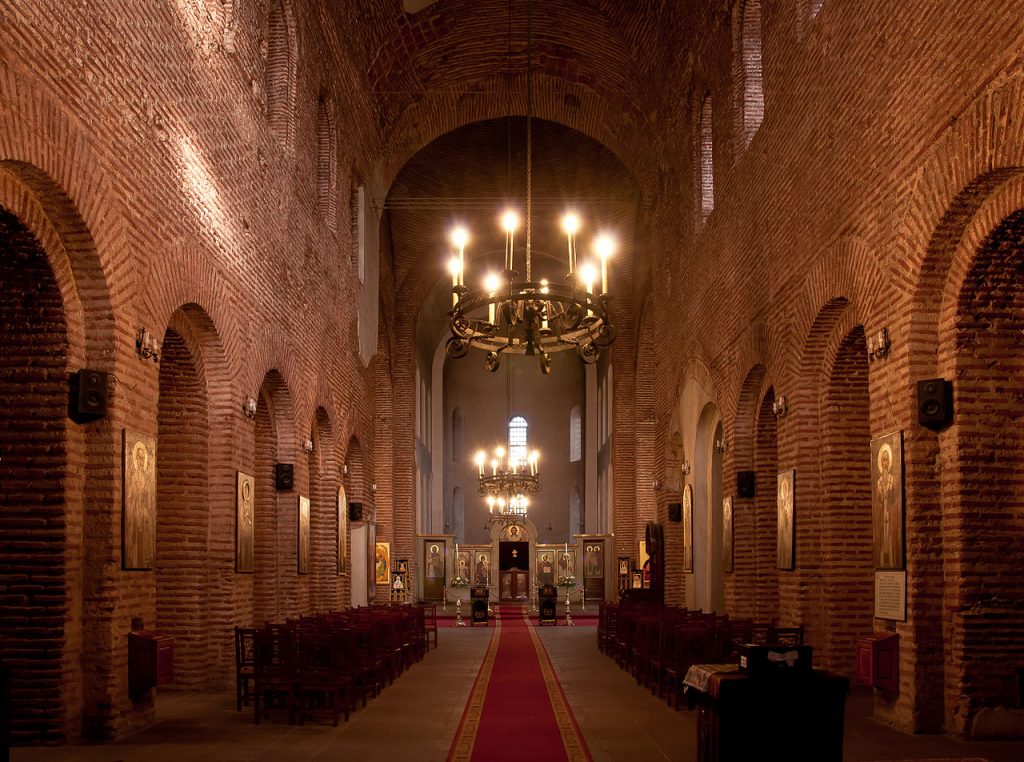 Interior of Saint Sophia Basilica in Sofia, Bulgaria. Below this floor are the catacombs. | © Plamen Agov/WikiCommons

Museum
Add to Plan
Sofia History Museum | © Vammpi/WikiCommons
Delve into the history of Sofia, from Roman times when it was the favourite city of the Roman emperor Constantine the Great (he is quoted saying ‘Serdica is my Rome’) until modern day. There’s a wide range of photos and movies from the past, a king’s golden carriage, one of the first cars in Sofia and even a retro tram (half a tram, parked in the museum).
More Info
Open In Google Maps
Old City Center, Sofia, Sofia City Province, 1000, Bulgaria
+35929854455
Visit website

Museum
Add to Plan
National History Museum, Sofia | © Nedko Dimitrov / Alamy Stock Photo
History buffs could easily spend a whole day in the numerous halls of the National History Museum, exploring the past of the Bulgarian lands. With tens of thousands of exhibits, it keeps the biggest treasures of the Bulgarian past, among them the world-famous golden Thracian treasure. You will learn about the First and the Second Bulgarian Kingdom, its kings (called tsars in Bulgarian), peaks and declines. Plan at least half a day for the National History Museum and keep in mind that it is out of the city centre.
More Info
Open In Google Maps
16 ulitsa "Vitoshko lale", Bojana, Sofia, Sofia City Province, 1404, Bulgaria
+35929554280
Visit website

Back in the communist era, the statue of Lenin was towering where today the monument of Sofia is located. One of the symbols of the Bulgarian capital, this statue metaphorically mixes religious and pagan visions of Sophia – holding a wreath, symbol of the victory, in one hand and ancient coins in the other. An owl, a symbol of wisdom, is sitting on its left arm. 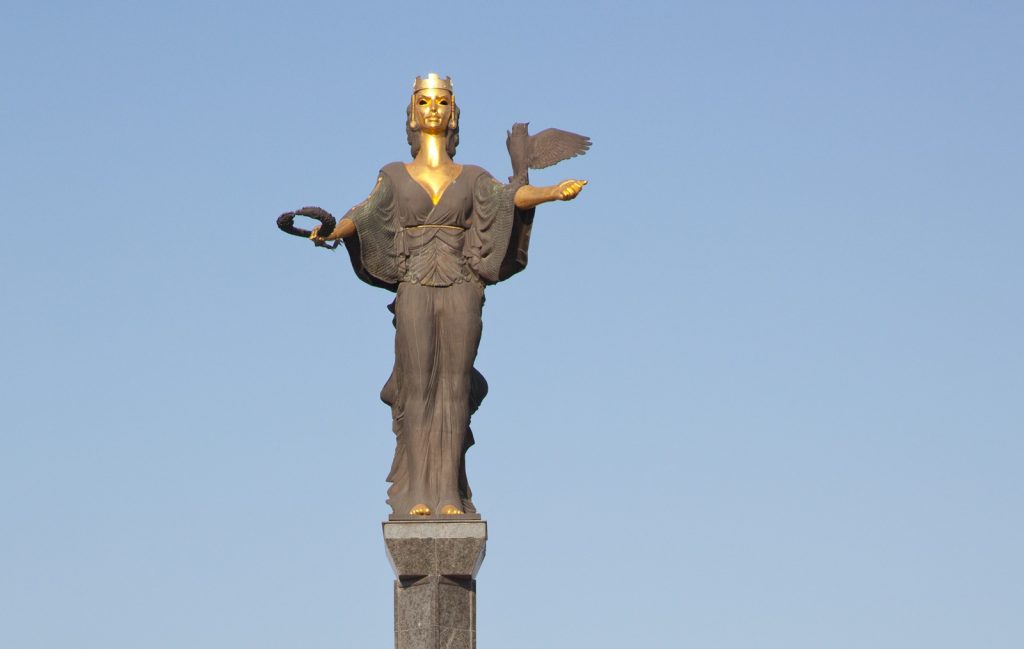 Sofia is a green city with many parks where its residents hide from the noisy, hectic concrete jungle. The biggest among them, Borisova Gradina Park, is located in the very centre of Sofia, although it was originally on the outskirts of the city. Yuzhen Park (South Park) is another favourite green spot of the inhabitants of Sofia close to the central zone. In most parks of Sofia, many outdoor activities such as festivals, concerts and outdoor cinema screenings take place in summer. 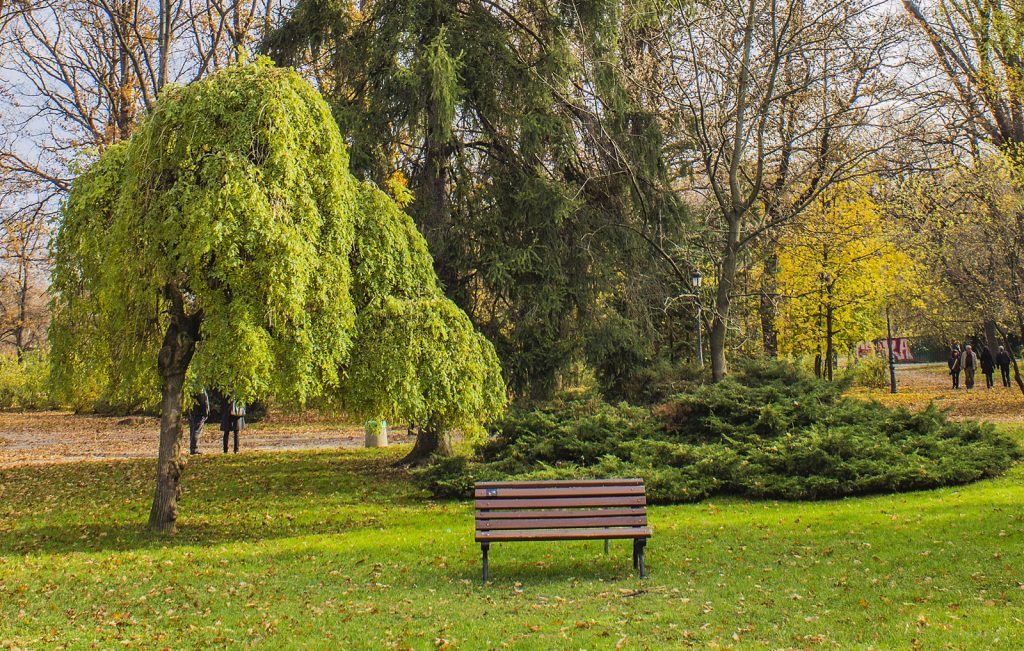