The 7 Best Day Trips from Varna 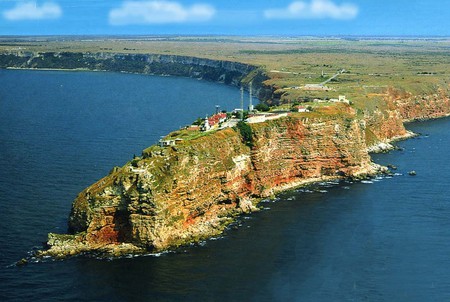 Varna is often called the Seaside Capital of Bulgaria and, just like any capital, it often holds the attention of its visitors for a long time and doesn’t leave them time to explore its surroundings. The area around Varna, however, is full of natural and architectural gems worth a day trip. From secret beaches to rock formations and fortresses, here are the best places to visit around Varna.

The town of Balchik

Balchik is a small seaside town with a yacht port located 28 mi (45 km) north of Varna. What attracts so many tourists are not the rows of yachts, however, but the beautiful Balchik Palace and the huge Botanical Garden of Balchik located right next to each other. The palace belonged to Queen Marie of Romania who fell in love with Balchik and had a summer residence built for her during the short period when the area was possessed by Romania in the early 20th century. You will see several places of worship of different religions due to the queen’s eclectic spiritual interests, as well as neat gardens and residential buildings. 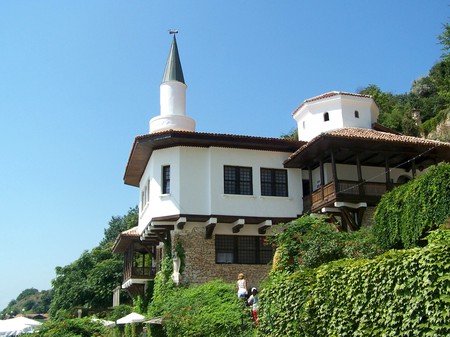 The Stone Forest, or Pobiti Kamani as it’s known in Bulgarian, is one of the most impressive rock formations in Bulgaria just 15 mi (24 km) from Varna. Many legends try to explain how the oddly shaped stone columns found themselves poking from the ground this way, and even scientists admit that a solid theory is impossible to come up with. Take a walk at this natural wonder, preferably early in the morning or in the late afternoon to get the best light for your photos. There is no public transportation to the Stone Forest, so you will have to rent a car or get a private transfer.

Head north of Varna to one of the most picturesque pieces of the Bulgarian Black Sea coast – the rocks at the village of Tyulenovo. Being a long-time favorite spot of photographers, divers, archaeologists, and camping lovers alike, the rocks are best famed for the Stone Arch that is reminiscent of the collapsed Azure Window in Malta. For a different perspective, you can take a kayaking tour at Tyulenovo and see all these curious tourists on the shore from the sea.

If you are up for a sandy beach with turquoise water surrounded by towering red cliffs, head to Bolata Beach near the seaside town of Kavarna. The beach is part of the Kaliakra Nature Reserve where many birds live and nestle at the nearby marsh. Bolata is located 46 mi (75 km) north of Varna and is worth seeing both from above (for the stunning view you see in the photo below) and at sea level where you can spend a lazy day basking in the sun. 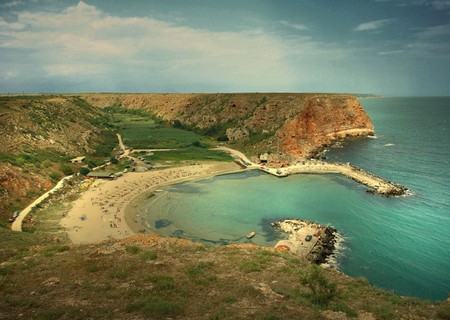 This fortress overlooking the town of Provadia gives you the opportunity to choose the gate from which you will enter it, and it is not an easy choice. The eastern gate will require climbing the original rock-hewn steps up to the fortress. The western gate is accessed by a spiral staircase from the town, while the northern entrance, which is the main one, will take you to the fortress via a bridge-like structure connecting two hills. Ovech Fortress was first built in the 3rd century AD but reached its greatest glory in the 12th century. Provadia and Ovech Fortress are located 30 mi (50 km) west of Varna. 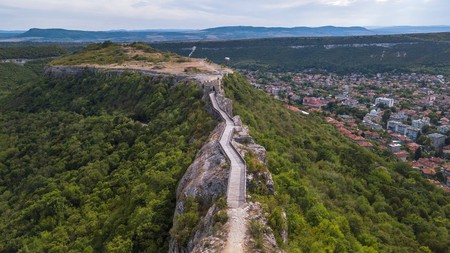 Cape Kaliakra is long and narrow headland with an ancient fortress and a spectacular panorama of the sea at the end, which probably gave it its name, roughly translated from the Greek as ‘The Beautiful Cape’. The cliffs of the cape are steep and worth taking a look across, since the area is a favorite haunt for dolphins and rare birds. At the foot of the cliffs, the surf has crafted formations like caves, arches, and niches that can be seen only from the sea. On the cape, you can visit a cave museum that relates the history of the area, see a lighthouse and a meteorological station, or visit a small chapel. Cape Kaliakra is 40 mi (65 km) from Varna. 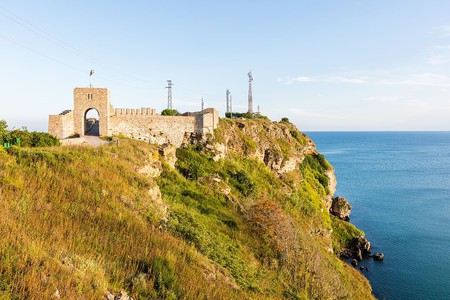 Ever since Christianity was adopted in Bulgaria, it has developed and changed. At some point, many hermits decided to lead an isolated life far from society’s vanity, and this is why there are so many cave and rock-hewn monasteries in Bulgaria. One of the most beautiful is Aladzha Monastery (literally translated as ‘The Colorful Monastery’ from Turkish) just 10 mi (17 km) from Varna. See the original rock murals, some of which are still preserved in color, and come back in the evening if you’re there during the summer, when a movie about the sacred place is projected on the rocks.