Steal From The Best: Interview With Bulgarian Band Hayes & Y

Hayes & Y are an exciting new band on the London indie rock scene. Originally from Bulgaria, they have recently moved to London in the hope of building on their success in their home country. Having supported the likes of Kasabian and The Subways, this band is gaining quite a reputation for itself, and past sponsorship deals from H&M and Heineken show that they’re not without influential fans either. 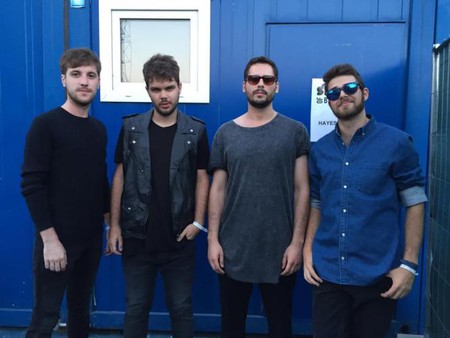 Hayes & Y were playing at The Silver Bullet in Finsbury Park, as part of a Thursday night lineup of up-and-coming music acts. We caught up with them there. Before the show started they spoke a little about the difficulties of relocating to a new country and trying to build up a whole new fanbase. As a band that sells out big shows in Bulgaria, playing to empty rooms or unfriendly audiences is something that they haven’t done in a long time.

Tell us a little about how you got started, and why you decided to start making music.

Three of us were classmates from high-school and we started to play instruments at the same time. Our passion for music and desire to express ourselves through our own songs have always been our driving force. Together we learned to play and actually be in a group. In 2014 we decided to take things more seriously and put a lot more effort into the group.

Where does the name Hayes and Y come from?

We had a long discussion about the name of the band and wrote hundreds of names before choosing this one – there’s not a special story behind it. We wanted to have a unique and recognizable name. 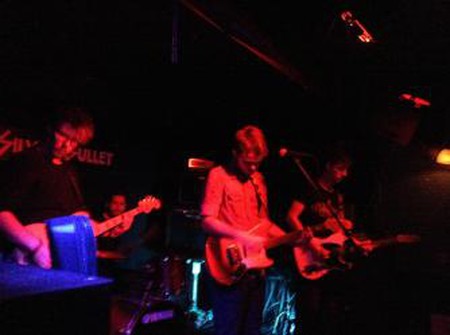 In the past your sound has been compared to the Arctic Monkeys and Kings of Leon, and you list your influences as U2 and The Police. What is it about those bands that inspires you?

There is no point being a band if you don’t strive to be the biggest band in the world. So that’s what we look up to. Every artist is a thief and we steal from the very best.

The band has been around for fewer than four years. How have things happened so fast for you?

In 2014 we started to take the group much more seriously and putting a lot of time, money and nerve into it, and we managed to get a fan-base in Bulgaria. We think that being consistent and stubborn, as well as setting defined goals, is the best thing a band can do. We’ve always wanted to play our original songs, and, as musicians, writing music and improving our live performances are the most important things for us. We were fortunate enough to support Kasabian this summer at Bulgaria’s biggest festival. It really was a dream come true. Hopefully, one of many. The [Top 30 Talents Under 30] Forbes article was pretty amazing, since we are only 24, we were extremely flattered to be chosen. 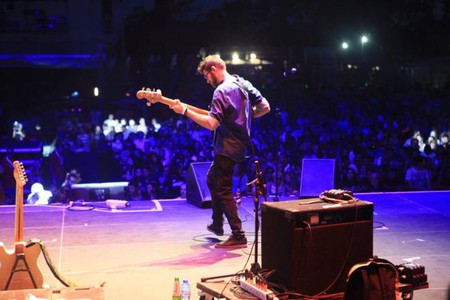 While many international bands bring elements of their cultural heritage into their music, you do not. Is that a conscious and deliberate thing?

All of us listen to modern rock and pop music and this has a big reflection on our own music. In order to be successful, you have to know what the audience wants and listens to. Our goal has always been to sound relevant to the biggest bands right now and for that reason having specific Bulgarian elements into the songs has never been on the table. 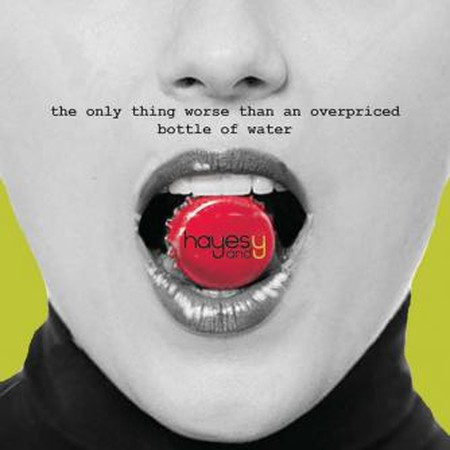 How are you finding London following your recent move to the city?

The city is huge and we’re still getting used to the life around here. We are aware of the fact that the London scene is infinite and it’s going to be pretty hard to get noticed, but we’re only at the beginning of our journey here. With so many bands out there, the most important thing is to get the people to notice your music and nowadays the main channels for this are the social networks and online music platforms.

Your sound on your most recent EP, The Only Thing Worse Than An Overpriced Bottle Of Water, has really developed. There is more of an electronic sound in your more recent stuff (Dancefloor, Don’t Mind) than on your original EP. So what’s next for you?

Thank you, people have been saying that and we’re very glad to hear it. Our goal was to make a big step forward with our new EP. As far as the electronic influences go, we’re very tempted by that. It is definitely something that gets us excited and maybe we’ll develop it some more. Stick around and you’ll see.

Check out their recent single, Dancefloor, below: