Shopska: The Bulgarian Salad Invented in the Communist Era 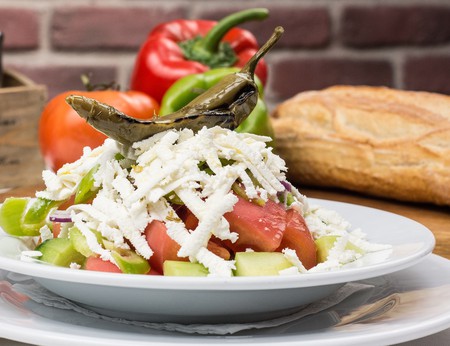 Shopska salad is one of the most iconic Bulgarian dishes that tourists should try while they’re visiting. The combination of fresh vegetables and cheese is a culinary symbol of the country that Bulgarians are proud of, along with their yogurt and the fruit liqueur rakia. However, few people—including Bulgarians—know that it’s not really traditional; it was actually an invention of the state tourism company during the Communist era.

Shopska salad consists of chopped fresh tomatoes, cucumbers, fresh or baked peppers, grated Bulgarian feta cheese, onions and parsley. It might be presented with an olive or chili pepper on top. It’s best to order Shopska salad in the summer when the vegetables have the freshest and richest taste. 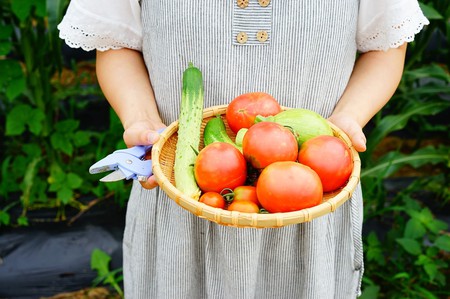 How was Shopska salad invented?

It’s believed that Shopska salad was invented in the 1960s by cooks at Balkantourist, the state tourism company. They wanted to offer tourists a “typical” Bulgarian dish that showcased the vibrant vegetables, as they believed the vegetables in Bulgaria were among the tastiest in Europe. The ingredients used were chosen in part because they are the colors of the Bulgarian flag—white, green, and red—and would therefore evoke national pride.

When described on menus at state restaurants, Shopska salad was presented as a healthy dish that had been consumed for generations, though historians have discovered that it was not until the beginning of the 20th century that Bulgarians started eating salads at all. Before that, their daily diet included mainly beans, cabbage, onions, and turnip.

After having been introduced at state restaurants, the salad also made its way into Bulgarian homes. Today, it is among the most popular vitamin boosters served on tables in homes and restaurants. Bulgarians eat a lot of fresh salads, and it is not uncommon to have a half-kilo (one-pound) salad bowl. 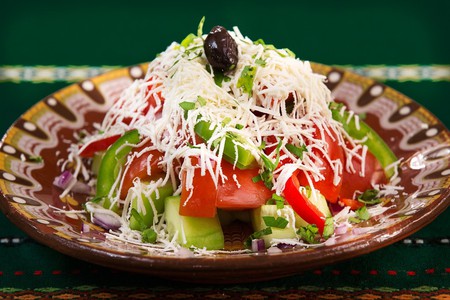 What does the name mean?

“Shopska” suggests that the salad originates from Shopluk, the historical and cultural area around Sofia. However, there is no evidence to suggest that the salad actually has anything to do with the region, which is mountainous and not suitable for growing vegetables. The name was probably chosen to represent a part of Bulgarian culture, but we can only guess at the reason.

Where else can you eat Shopska salad?

The salad quickly gained popularity and spread beyond the Bulgarian borders. Travelers who make their way to Macedonia, Serbia, and Romania will also find it on the local menus as Shopska or Bulgarian salad. It is most often compared to Greek salad, though the taste is quite different.