In Photos: The Lives Left Behind in Bulgaria's Abandoned Villages 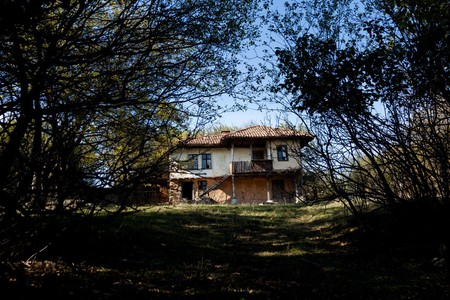 According to the National Statistical Institute of Bulgaria, there are 605 villages in the country with between zero and 10 inhabitants. The accelerated urbanization and the critical economic condition in the rural areas has led to the creation of more and more ghost villages that are completely abandoned or have just a few survivors left to tell the stories of the past.

Bulgarian photographer Nikolay Nikolov and his partner Evgeniy Dimitrov have embarked on a journey to record the stories and photos of the last residents of these villages before they vanish. Their project is called The Invisibles and aims to show “a disappearing and so different world, which is probably invisible to the urban dwellers residing in their corporate hustle”.

Take a tour around some of the abandoned villages through the stories of their last inhabitants.

Zahari Zahariev is one of less than 80 inhabitants left in the Kamenitsa village. In the 1960s, more than 630 people lived here. The only medical specialist in the village now is a retired nurse who is 85 years old. 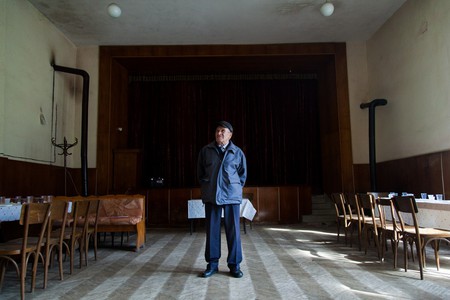 The nearby Plazishte and Prespa villages officially have zero inhabitants and are full of houses abandoned long ago. 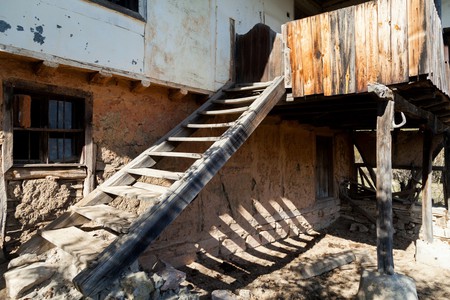 Berende village doesn’t have any shops. The last remaining people here count on a small truck that comes on certain days to supply them with food, mainly bread. 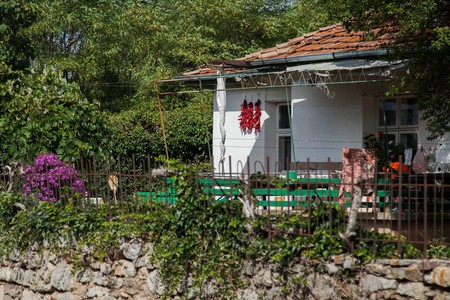 One of the main reasons outsiders visit is to see the medieval chapel, which is close to the villages. It was probably built in the 14th century and still has beautiful, though crumbling, murals. 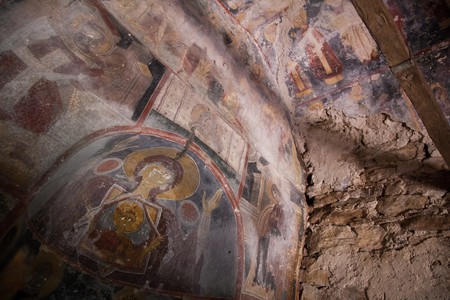 Despite being a mere 50 km (30 mi) from Sofia, Dolno Novo Selo village officially has only 12 inhabitants. The road leading there is bumpy and riddled with pot holes. Simeon, one of the last locals, explains that only two or three houses are inhabited year-round. The weekends are the only time when the village becomes livelier, and people from the nearby cities visit their retired parents and grandparents. As the village is close to the border with Serbia, illegal migrants are often seen crossing, he says.

A stone’s throw away is Gradishte, an abandoned settlement of houses scattered in the forest. In some of them, everyday objects are strewn around, as if left just hours ago. The gathering dust is the only sign of the actual time that has passed, which is possibly years. 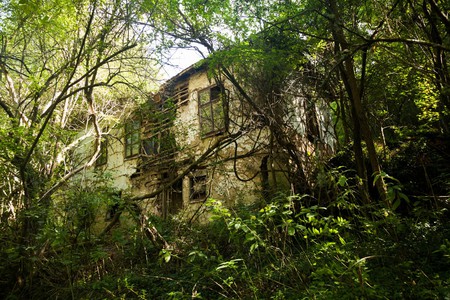 A geometry notebook from the 1960s is one of the most touching discoveries around. 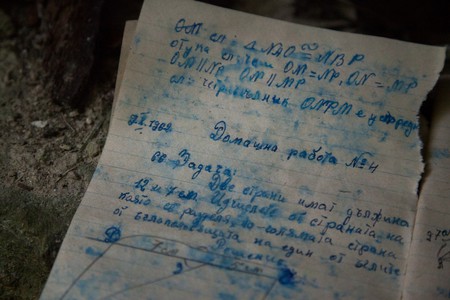 A notebook in Gradishte | Courtesy of Nikolay Nikolov/blindspot.bg
Give us feedback