How Were Bulgaria's Stob Pyramids Formed? 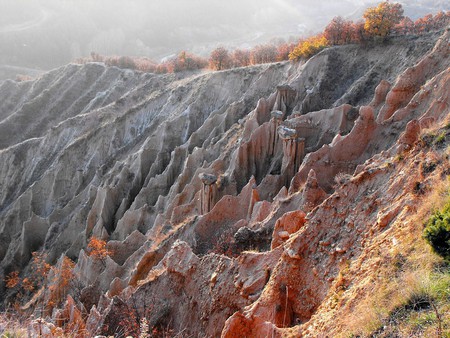 The Stob Pyramids are one of the wonders of Bulgaria, located in the western part of Rila Mountain, near the village of Stob. Well known for their natural beauty, they are more famous for their fascinating legends of love. Culture Trip finds out how they were formed.

The wind, the rains, and the sun have been at work for thousands of years creating a fairytale out of a plain hill. The pyramids are made of earth clay and river sand that have been welded together for centuries. There are no rivers here nowadays but long ago melting glaciers flowed through the landscape, washing away part of the soil at the same time. 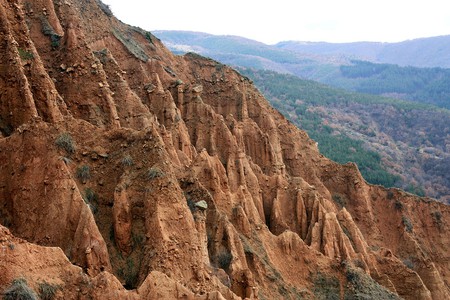 Being formed of extremely fragile and crumbling material, the Stob Pyramids are easily destroyed by erosion. However, the landscape is truly alive, and while many of the pyramids have entirely disappeared, others have been formed during the last few decades. 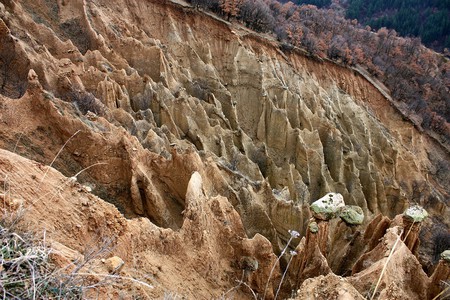 The Legends of the Stob Pyramids

Local legends tell stories of how the formations came to exist. One particular group of formations is called the Wedding. As the story goes, a man and a woman from the nearby village were getting married. The celebration had already started when the father of the groom cast his eyes upon the bride and immediately fell in love with her. He was about to ruin the wedding when suddenly the earth started shaking, a terrible noise filled the air and all of a sudden everybody turned into rocks. 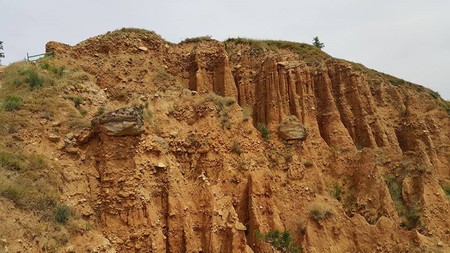 According to another legend, the mother of the groom disapproved the marriage and cast a spell on the young lovers. When the groom kissed the bride for the first time, everyone turned into solid rocks.

One of the most amazing times to visit the Stob Pyramids is in the moonlight when the soft colors and the remarkable shapes make the landscape look alien.

A broad path meanders among the pyramids and leads to a hill with a panoramic view. There is a tourist information center at the base of the pyramids where guides are available. Just 25 miles (40 km) away from the Stob Pyramids is the biggest and most famous Bulgarian monastery, the Rila Monastery.

There is another group of earth pyramids in Bulgaria, bigger in size and area, near the town of Melnik in southern Bulgaria.