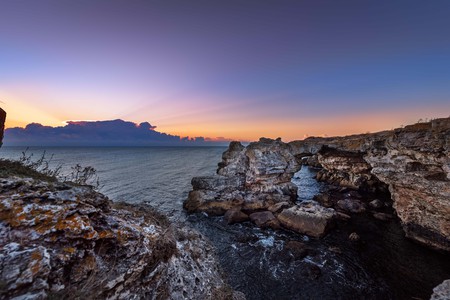 Delve deeper into the secrets of Bulgaria and seek out this small Balkan state’s best hidden gems. Often visited only by locals, these architectural, natural, and historical spots will reignite your spirit of discovery.

Probably the most popular day trip from Sofia is to the UNESCO-protected Rila Monastery but if you prefer to stay away from the crowds, you can opt for another religious spot close to the Bulgarian capital. The Gigintsi Monastery (also known as Tsarnogorski Monastery since it’s located on the slopes of Tsarna Gora Mountain) is located 5 km (3 mi) above the village of Gigintsi and has been renovated and beautified in recent years. It is dedicated to the saints Cosmas and Damian and is believed to be more than 800 years old. Its brightly colored buildings make an impressive backdrop for a photo, while the monks take care of sheep and buffaloes and produce yogurt, cheese and other dairy products you can buy in the monastery. 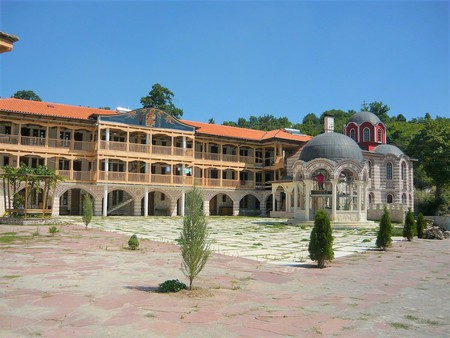 Most foreign tourists flock to the south Black Sea coast for its sandy beaches and warmer seawater but head north and you will be spoiled with stunning rocky coast and great spots for divers and rock climbers. The village of Tyulenovo is one of the best spots to stop by for its rocky bridge known as the Arch (similar to the collapsed Blue Window in Malta) and gorgeous sea views. 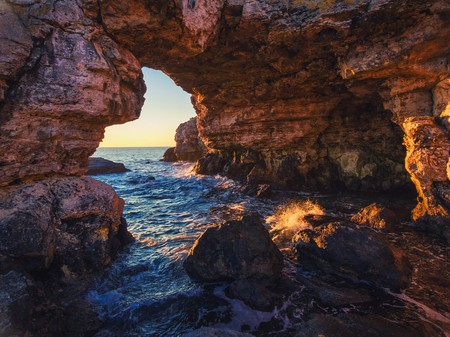 The town of Lovech

Lovech is a small town with a hilly historic old town and a centuries-old fortress perched on the top of a hill hanging over the town. Near the entrance of the fortress you will see the gigantic monument of Vasil Levski, the most cherished Bulgarian national hero. The fortress itself has an open-air stage and often hosts performances under the stars in the summer. However, the town seems to be best loved for its covered wooden bridge with a line of colorful houses on both sides. 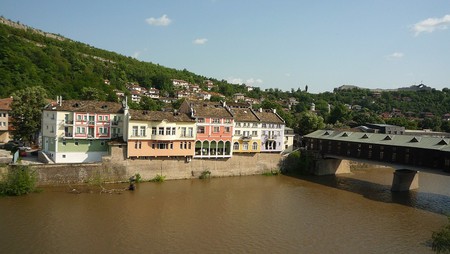 If you want to see a Bulgarian village frozen in time, head to Leshten. Its winding streets paved with stones and often shaded by trees and vines are lined with centuries-old houses showcasing the Bulgarian Revival architectural style. Made mainly of stone and wood and with flat stones on the roof instead of roof tiles, many of these houses are uninhabited today. Others, however, have been turned into guesthouses offering visitors a chance to travel back in time. 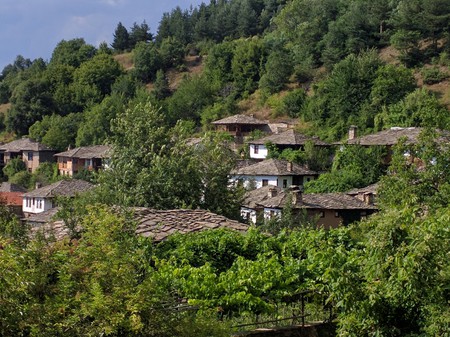 Kom Peak is an easy hike, less than a two hour drive from Sofia, for those who want to explore a bit of the Balkan Mountains. The 2,016-m (6614-ft) peak takes around 2 hours to climb (medium difficulty level) from the Kom Hut, which is accessible by car. The hike passes through an evergreen forest and along tasty wild raspberry and blueberry plantations. The peak itself is the starting point of the Kom – Emine hiking route, a 20-day hike along the ridge of the Balkan Mountains finishing on the Black Sea Coast.

If there is a natural landmark in Bulgaria that feels otherworldly and spiritual, this is Prohodna Cave. The two openings in the ceiling of the cave, called the Eyes of God, create a truly unique experience when you, tiny as an ant, look up at them. The cave is situated not far from Sofia and you can reach it by car or train. 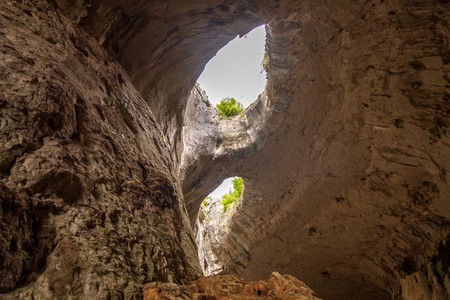 Pomorie is a family-friendly Black Sea resort with one of the most beautiful lakes you can visit in this part of the country. Pomorie Lake is an important bird habitat, which you can explore by walking or cycling. Rent a bike from the Visitor Center, stop at the Salt Museum to learn more about the history of the salt pans by the lake, or apply some healing mud to your skin to make it silky and glowing.