Bulgaria is famed for its sun and skiing destinations. But it is also a country of wild and untamed nature, which visitors can easily experience in world-class UNESCO national parks. With breathtaking glacial lakes, waterfalls, plenty of animal and plant-life species and even a tree over 1350 years old, its hard to beat Bulgaria for natural beauty. 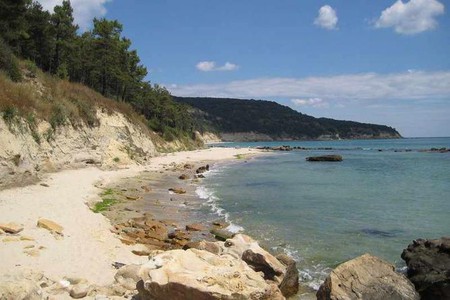 The Cliffs of Kamchia | © P.Marlow/Wikicommons

Found along the northern coastline of the Black Sea, near Varna city, is the beautiful Kamchia Biosphere Reserve. The reserve itself, originally established in 1951, was added to UNESCO’s World Natural Heritage list in 1977. The reserve covers 1,200 hectares of the lower valley of the Kamchia River, including the Kamchia Sands Protected Area. The periodic flooding enables over 245 species of higher plants to thrive in the area, providing a habitat for more than 250 types of bird, such as black storks, hobbies, owls, nightjar and even some endangered species like the lesser spotted eagle and the rare half-collared flycatcher. Needless to say, it is an ideal spot for birdwatchers. Nearby Varna has plenty of accommodation and dining options as well as ample tourist attractions.

Park
Facebook
Email
Twitter
Pinterest
Copy link
Share
The largest national park in the country, hidden in the heart of the famous Rila Mountain, Rila National Park covers an enormous area of 81,000 hectares. It’s name is derived from the word roula, meaning ‘lots of water’, and you can see why with some of the largest rivers in the Balkan Peninsula originating here. Located 100km south of the nation’s capital, Sofia, the park itself is packed with rare and endangered wildlife species as well as historic sites of global, cultural and scientific significance. Although it is inhabited by more than 3,000 animal and 100 bird species, almost 90% of its territory is actually taken up by coniferous trees. The park offers an impressive network of eco-trails that vary in difficulty and are accessible throughout the whole year, including some great mountain biking routes. This is also where you can find Borovets, the oldest and one of the most popular ski resorts in the country.

Especially famed for its plant diversity and beautiful glacial lakes, is the Pirin National Park in Southwestern Bulgaria. Spread over an area of over 40,000 hectares, in the Pirin Mountains, this breathtaking park comprises diverse limestone mountain landscapes with lakes, waterfalls, caves and predominantly coniferous forests. Because of the unique biodiversity and remarkable natural formations, Pirin is included in the UNESCO Man and Biosphere program. Forests cover 60% of the park, including Macedonian pine, some of which are famed to be more than 500 years old. The park is also home to Bulgaria’s oldest tree, the famous Baykuchevata tree, which comes in at a staggering 1350 years old. With its great hiking trails and routes, the park provides great opportunities for tourism and mountaineering alike and is home to Bansko, the world-famous ski resort, voted best in Bulgaria by the World Ski Awards last year. 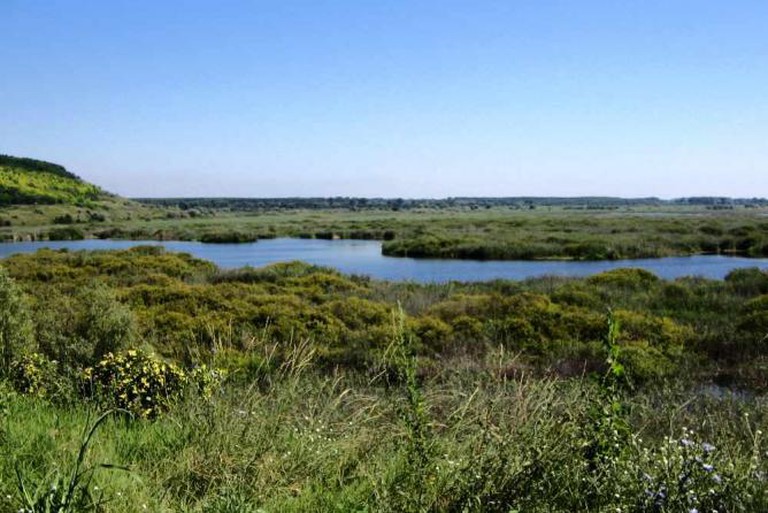 Srebarna Nature Reserve | © Mincov/Wikicommons
Located in the very heart of Bulgaria, tucked away in the most central and highest regions of the Balkan Range, is Bulgaria’s Central National Park. The park was established in 1991 to conserve the unique natural scenery and heritage of the area and also to protect the customs and livelihood of the local population. It extends in East-West direction for about 85 km, covering a 10 km wide stripe and altitude from 550 m up to 2376m (at Botev peak, the highest peak of Stara Planina mountains). Centuries-old forests of beech, spruce, fir, hornbeam, and durmast cover most of the Park with more than half the flora of Bulgaria having been identified within the Park, 10 of which are found nowhere else in the world. Loaded with vertical rock faces, precipices, deep canyons, waterfalls, as well as numerous peaks the Central Balkan National Park is a sure favorite spot for tourists, naturalists, and scientists alike.

World heritage site, The Srebarna Nature Reserve is located in the north-eastern part of the country, just two kilometres away from the Danube River and 120 km east of Ruse. The most prominent features of this reserve are its freshwater lake and numerous birds. Extending over 900 hectares, it is the breeding ground of almost 100 species, many of which are rare or endangered including, mute swans, great egrets, night herons, and the Dalmatian pelican. Some 80 other species also migrate and seek refuge here every winter. Roman and later remains have been found just north-east of the country’s biggest river lake at the fishing village of Vetren. Local people there preserve traditional customs and dress, and there is an old settlement of the ultra-conservative Old Russian Believers in Tatarista in the next village east. Discover more at the natural history museum in Srebarna.