The Best Places to Try Bulgaria's Most Famous Delicacies in Sofia 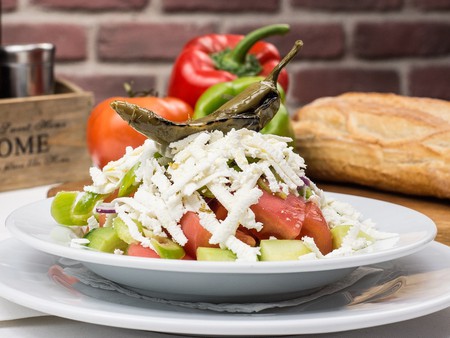 If you are a traveling foodie, get ready to explore the hearty, highly meat-based cuisine of Bulgaria. Even on a weekend getaway to Sofia, you can taste all of the traditional Bulgarian foods. Here’s a list of where to go to try a number of dishes, including insider’s tips.

If you ask a Bulgarian what they eat for breakfast, many will answer: banitsa. This traditional flaky pastry filled with eggs, cheese, and butter is a must-try of Bulgarian cuisine. You will find it basically in any bakery in Sofia. If you are staying around Eagle’s Bridge, head to Domashna Banista Bakery, where everything is homemade and tasty.

Insider tip: Banitsa is eaten for breakfast, and the first banitsas come out of the oven as early as 5 in the morning. Buy yours in the morning while it’s still steaming and with a crispy outer layer. 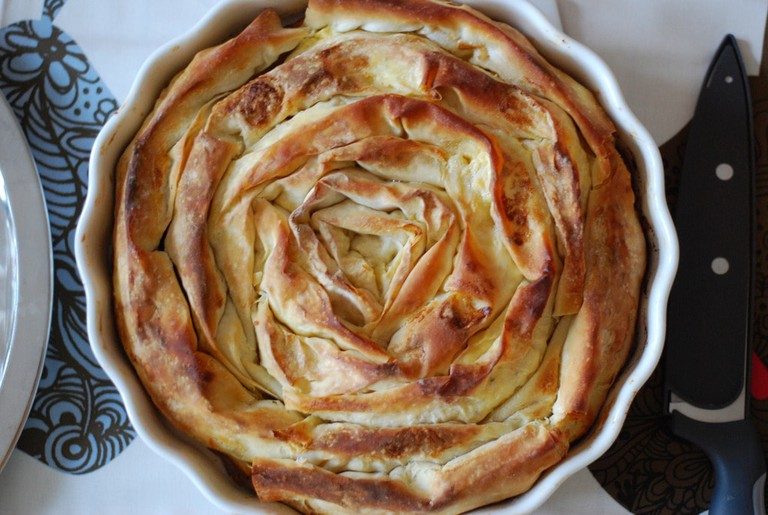 Restaurant, Restaurant with Rooms, Bulgarian, European, BBQ, $$$
Facebook
Email
Twitter
Pinterest
Copy link
Share
Map View
Patatnik is a typical dish from the Rhodope Mountains, but if you can’t make it to Southern Bulgaria, you can order it in Sofia, too. Moma Restaurant has this delicious potato dish on the menu. It is a slow-baked mix of grated potatoes, cheese, butter, and Bulgarian spices. The result is crunchy on the outside and melting inside.
https://www.instagram.com/p/6ZCqgNikQg/?taken-at=703327755
Open In Google Maps
28 ulitsa "Solunska", Old City Center, Sofia, Sofia City Province, 1000, Bulgaria
+359885622020
Visit Website
Give us feedback

Mekitsa is a deep-fried pastry similar to a doughnut that reminds every Bulgarian of their childhood, when it was one of the breakfast delicacies their grannies prepared for them. You can find it in some bakeries, although it has been slowly disappearing…except for Mekitsa & Kafe (Mekitsa & Coffee), a special place dedicated to mekitsa in Sofia. You will have it fried in front of your eyes, and you can have various add-ons, such as cheese, honey, peanut butter, etc.

Insider tip: A mekitsa is only tasty if it has been taken right out of the frying pan. When it gets cold, it becomes chewy.

Kompot is a traditional homemade fruit stew, or compote as it’s known in most of Europe. It is almost impossible to find it on a restaurant menu, but they usually have it at the above-mentioned Mekitsa & Kafe. 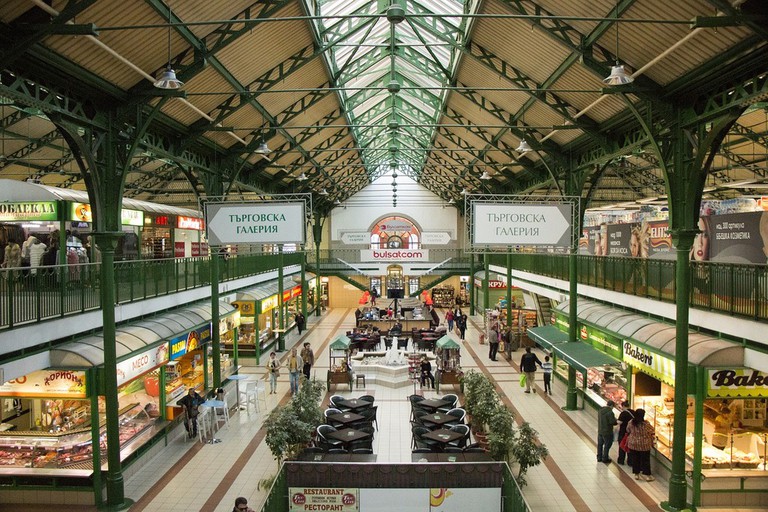 Central Sofia Market Hall | © petto123/Pixabay
Bulgarian feta cheese (Sirene) is a product that is hard to find even across the other Balkan countries, where every nation seems to have its own cheese specialty. It is salty and firm, with a grainy, crumbly structure, and it can be made out of cow’s, sheep’s or goat’s milk. If you want to try good-quality Bulgarian cheese, head to the Central Market Hall in Sofia (Tsentralni Hali) where you can buy chunks directly from the producers. If you want to try it in a dish, every food venue in Bulgaria serves Shopska Salad, which is made of tomatoes, cucumbers, peppers, and Bulgaria feta cheese.
Open In Google Maps
25 булевард „княгиня Мария Луиза“, Sofia Center, Sofia, Sofia City Province, 1000, Bulgaria
+35929176106
Visit Website
Give us feedback

Kyufte (meatballs) is a minced-meat specialty, usually prepared on a BBQ, which has its own temple in Sofia called Q-Ftetaria. This is a place where you can try modern twists of the classical kyufte, including vegetarian versions (broccoli or potato, anyone?). If you want to stick to tradition, however, Skara Bar is a restaurant with three branches in Sofia where you will find delectable BBQ meats, including kyufte prepared from their own minced-meat recipe and horse-meat kyufte.

Insider tip: The most delicious kyufte is the one baked on open fire or coals.

Boza is the ultimate test for every foreigner in Bulgaria: the thick, sweet, slightly fermented non-alcoholic beverage can turn out to be hard to swallow. Although most foreigners can’t appreciate it, it’s worth at least trying. Boza is sold at every supermarket and at every bakery.

Insider tip: The combination of banitsa and boza is considered a traditional start of the day in Bulgaria, so why not try them together? 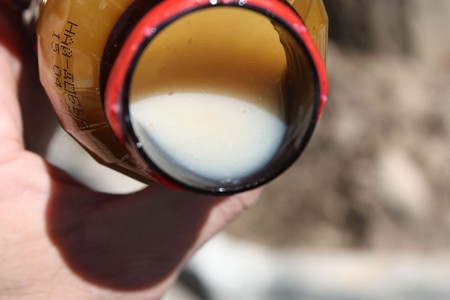 This super-protein dish comprises pouched eggs served with yogurt and garlic sauce and Bulgarian feta cheese. Order one of the best Panagyurishte Eggs (also Panagyurski Eggs) at Divaka, a chain of unpretentious restaurants with delicious and affordable food.

Tarator is the king of summer – this cold soup consisting of yogurt, cucumbers, dill, garlic, and walnuts is what Bulgarians use to cool themselves down on scorching summer days. It is served in almost every restaurant in the country, but it may be missing in winter when the cucumbers are not of high quality. One of the best tarator in Sofia can be ordered at Krivoto, a chain restaurant with one of their venues centrally located at the underpass leading to the subway station in front of the National Palace of Culture. 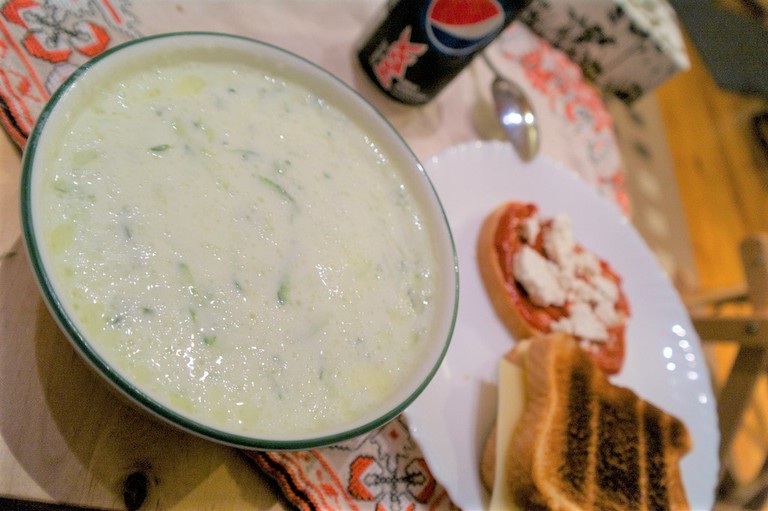 In Sofia, baked pumpkin is considered a seasonal street food, although you can occasionally find it on the seasonal menus of some restaurants where it is usually served with honey and cinnamon. Unlike many countries, pumpkin is preferred sweet as a dessert in Bulgaria. The best place to find it from early fall to the end of spring is the small market on Graf Ignatiev Street, on the side of the church Sveti Sedmochislenitsi. Just follow the sweet aroma.