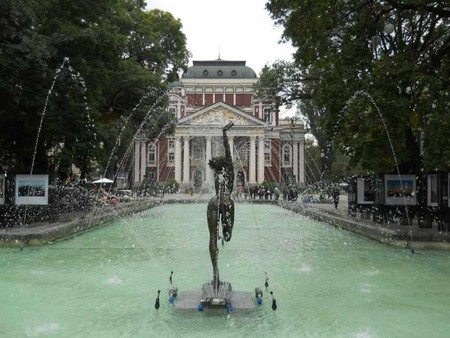 In Bulgarian, the word for a reading room is chitalnya, a word that most Bulgarians probably would not have used in their life time at all if it wasn’t for Alexander Shpatov and the team of young people who initiated its opening. The reading room’s main purpose is to promote literature and reading. It depends on book donations by people and functions as a library; you need to donate a book in order to become a member. You can then take books for about twenty days, read them and return them back to the chitalnya. It is important to mention that the chitalnya is also an informational center for tourists, providing them with directions and recommendations. 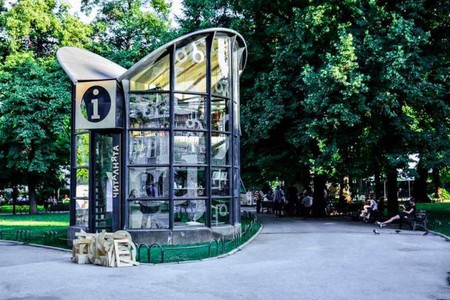 Today we are going to introduce you to Alexander Shpatov — one of the people behind the project. He is the type of person who has specialized in the ‘science’ of Sofia. His literature and his initiatives are dedicated to this special European capital, which, after all, is his home city. He has a law degree, but that does not stop him from being strongly connected to literature as well. His passion evolved into four books of short stories and his initiative, the chitalnya in front of the National Theatre ‘Ivan Vazov.’

When we start talking about the chitalnya, he explains that it was about time that this ‘shabby place in probably the most central spot in Sofia’ was turned into something nice. It turns out that he was not the only one with the same idea; however, he was the one to eventually make it come true. His connection to literature made his project also about reading. Alexander tells us that the municipality officials always wanted for the small building to be an informational center for tourists, so the two ideas were joined together and that is how Sofia now has this special place in one of its most central parks. Apparently, there are similar spaces abroad as well, and the chitalnya team like to research them on the Internet and get ideas. 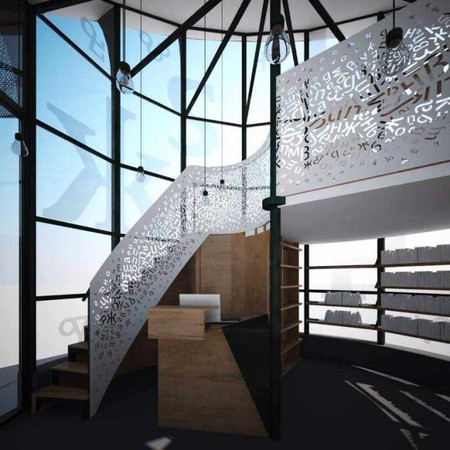 The inside of the reading room prior to opening | © Alexander Shpatov

I ask Alexander about one of his most famous works, Experience Sofia, which is basically a list of things you can do or see in the Bulgarian capital. ‘I just saw a book in the reading room called Memories from Plovdiv (writer’s note: another Bulgarian city). I thought how this is just the opposite of my work, because the idea of Experience Sofia is to be in present and probably future tense, while memories are left behind in the past. When I was writing the list, some people added examples of vague experiences about things that do not exist anymore. There are things in the list that do not exist in Sofia now as well: bar ‘Friday’ has closed down. However, at that moment, that list was my idea of what a person should do to really capture Sofia’s spirit.’

According to my interviewee, the most special thing about Sofia is that it is not a very famous tourist attraction. ‘You do not bump into tourists at every corner; there is no huge tourist industry, which makes Sofia more authentic as a place where people actually live. You come into a city that is real, not just a tourist center. I have always wondered why in some large cities people are impolite. Well, they might be fed up because tourists stop them three times a day to ask them something. Here, it’s different: people from Sofia enjoy it and are happy to help, if they speak the language, of course. I think this it is the most valuable thing: we are authentic and exotic.’

In regard to recommendations of places and experiences, we decide to go beyond the usual must-see lists found in travel guides. ‘Foreigners often come to the chitalnya as it is an information point as well. When I am on duty, I help them out with reading the map and showing them the most famous sights. However, they really have fun when we use the big letters that are just outside the chitalnya building to write out their names. This small act makes everything more personal and it is interesting to visitors because the Cyrillic alphabet is one of the most unique Bulgarian things. First, the whole story of its origins is interesting. Second, the pure fact that we are upholding our identity and are different from others is significant.’ 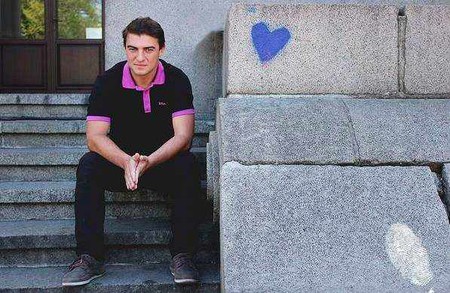 He also recommends visiting Club Restaurant Arhiva. ‘You can see Sofia from top really well there. Places where you can see the world from above are very special. It is really near the chitalnya as well, so I point it out to tourists sometimes. The restaurant is nothing special, but the view is beautiful.’

When I ask Alexander if there had been a place abroad that reminds him of Sofia, he simply says, ‘That is highly unlikely. In order for a city to remind me of Sofia, I need to feel at home there. When you know the streets, when you have gotten lost and have found yourself later, when you have been drunk there — that is when a city becomes yours. When you have fallen in love there, too — that is what Experience Sofia is all about. Still visually, I think Budapest might be similar, even though I haven’t been there.’

So we welcome you to Sofia, the city of rough beauty and hidden charm.