A Tour of Sofia's Most Interesting Architectural Landmarks 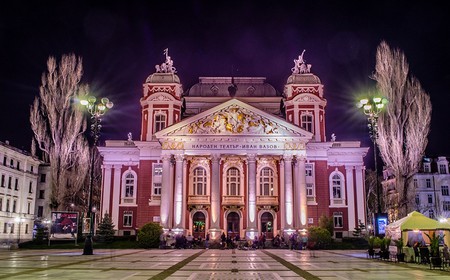 Put your most comfortable shoes on and discover the amazing architectural treasures of Sofia – from ancient Roman relics to Ottoman structures and Communist-era edifices.

When the excavation work for the Sofia subway started, much of the ancient Roman city of Serdica was unveiled, and subsequently exhibited. Above the central Serdica subway station you will see partly reconstructed remains of Roman streets, houses, a basilica, public buildings, and baths. Some of the structures had to be relocated and are now gathered under a transparent roof with soft sunlight creating a somewhat special atmosphere. Enter the subway stations (both Serdica I and Serdica II, located one above the other) to see some relics behind glass right there in the stations. 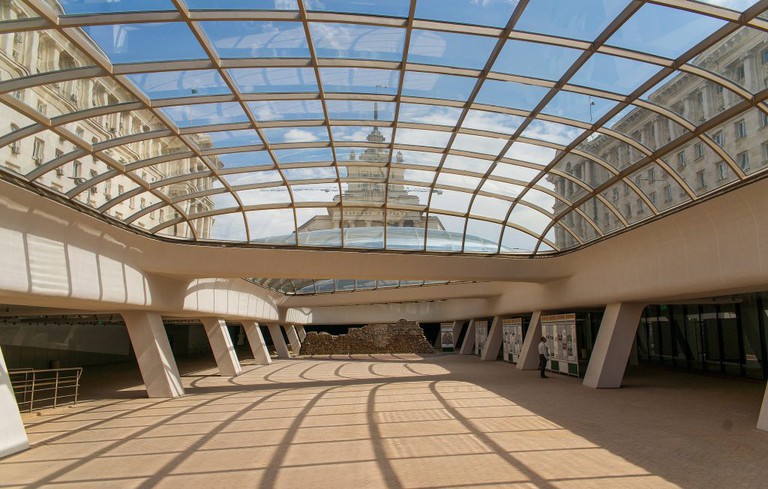 The Catacombs under the Saint Sophia Basilica

At first sight, the Saint Sophia Basilica doesn’t look like something special. Not until you learn that there is a whole labyrinth of Roman tombs under its floor. After you enter the church, turn left and take the stairs downstairs to start your tour of the catacombs. You will be able to see how the first Christianized Romans constructed their graves and what the rituals of the time were. The basilica itself is one of the most ancient buildings of Sofia still existing today (4th century), although it has been reconstructed many times (having been both a mosque and a fire brigade headquarters). 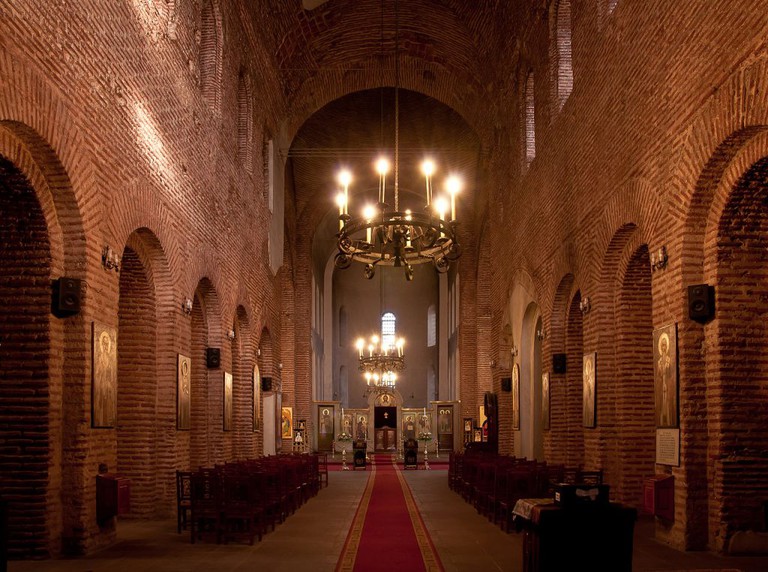 Interior of Saint Sophia Basilica. The catacombs are below this floor. | © Plamen Agov – studiolemontree.com/WikiCommons

If you look very carefully at this building, it may occur to you that it looks like something familiar. A mosque? Yes, a mosque built back in 1494 by one of the Ottoman sultan’s most important counselors. It doesn’t have a minaret but you can still recognize the typical structure with nine domes. The museum preserves some of the best archaeological findings of Bulgarian history. 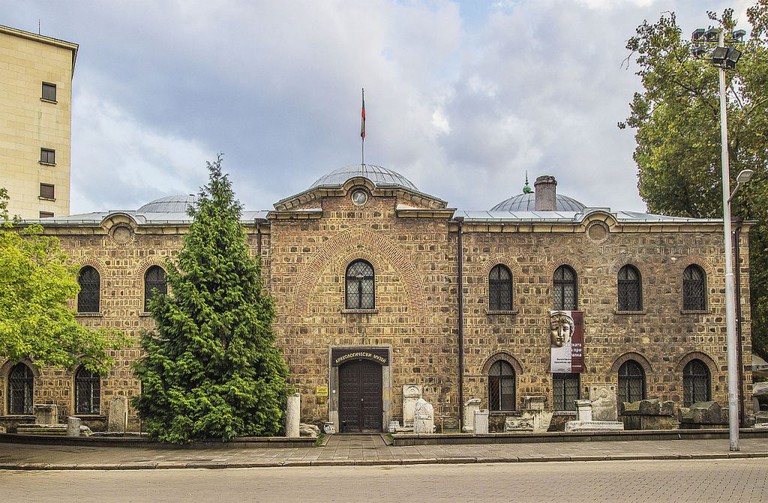 This building is a fine example of the Secession architectural style that took over all of Bulgaria at the beginning of the 20th century. When the old Ottoman bath had to be replaced with a new, modern one in 1913, two Bulgarian architects, Petko Momchilov and Yordan Milanov, mixed Secession style with traditional Bulgarian and Byzantine ornamental motifs. The building was partially destroyed during the World War II bombardments, but it was later reconstructed. After long years of decay (after the end of the ‘80s), it now houses the Sofia History Museum. 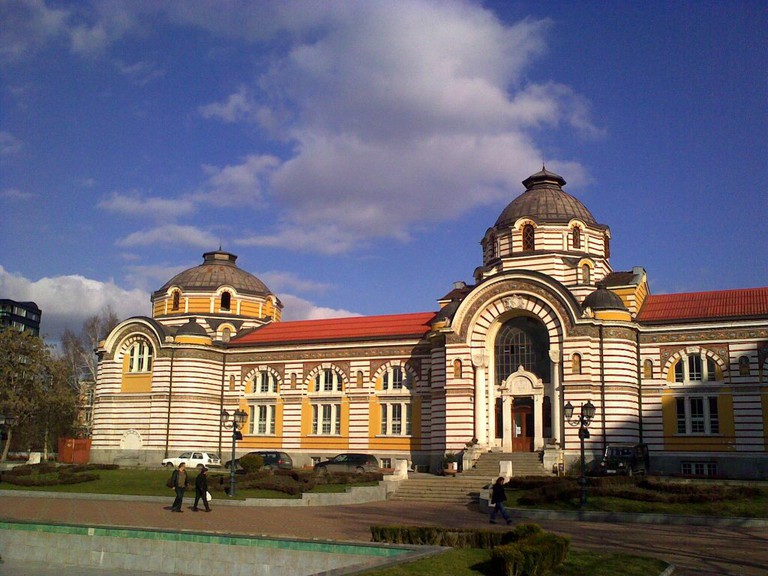 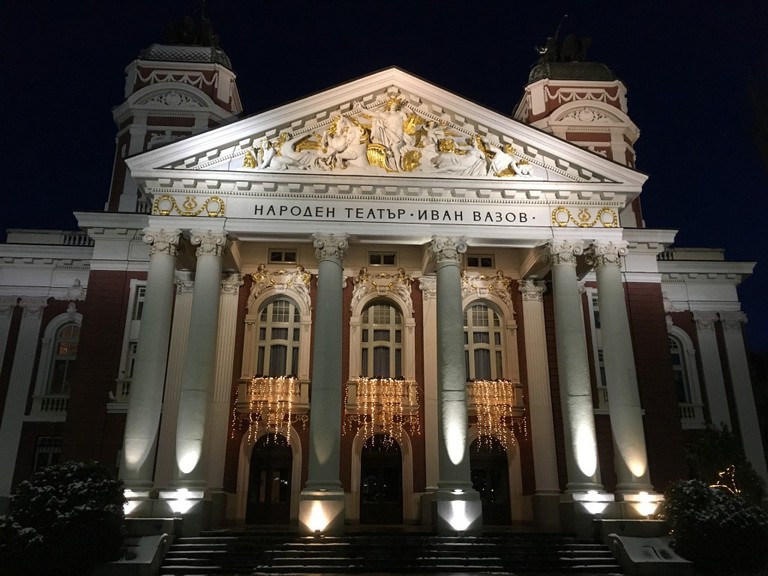 National Theater Ivan Vazov in Sofia | © Wengen/Pixabay
When it was first built in 1907, the National Theater was a masterpiece of architects and artists from Vienna. Unfortunately, a fire destroyed it all in 1923, and it had to be rebuilt, this time with a more reliable construction. The stage mechanism that was installed in 1929 was the best for its time and is still in use today.

In 1981, Bulgaria celebrated its 1,300th anniversary. Being a Communist country at the time, it planned a bunch of massive events and boisterous projects to showcase its greatness. Creating a huge cultural center in Sofia was among them, and the National Palace of Culture was built with its eight floors above ground and three levels underground. In its rough and somehow raw facade, you can recognize the Communist-era architectural style that still dominates many areas of the city. 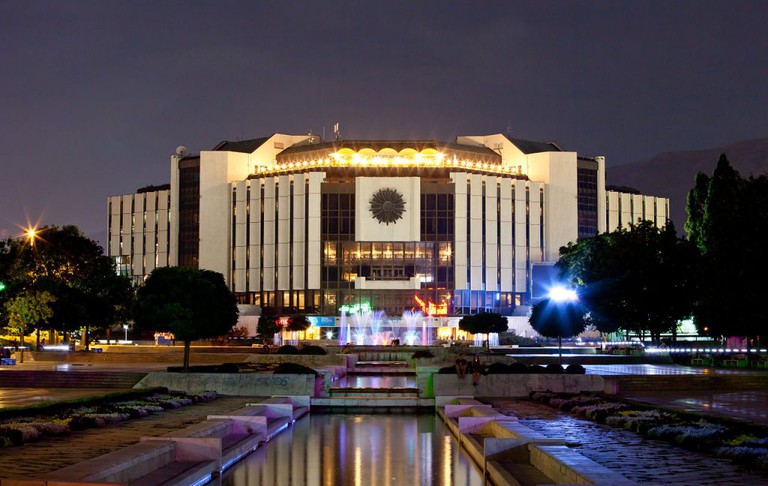