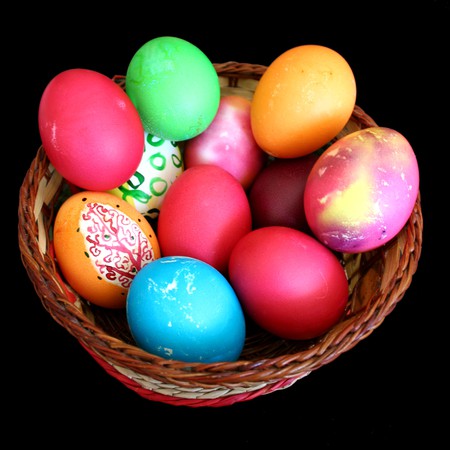 If you ask children in Eastern Europe what’s the best part about Easter, they would probably say the egg painting. This colorful tradition has been preserved through the years and nowadays some of the painted eggs are real pieces of art. We take a look at the history of egg painting.

Why are eggs painted?

What’s the symbolism of the colors?

Red represents the blood of Christ and it’s the most important color when painting eggs. In Bulgaria, the first painted egg recieved should be red and it should be kept until the next Easter. It symbolizes the prosperity of the house and the well-being of the family.

The rest of the eggs are painted in blue, green, yellow, purple or are covered in beautiful decorations. In the past, the eggs were painted with natural materials (they used onion peels for the yellow color, leaves for the green), while nowadays food coloring is used. There are various ways to decorate the eggs, some of the most popular today being using wax pens, cotton or tissue paper to mix different colors. There are artists who spend several hours painting an egg, usually an artificial one, and turn it into a masterpiece. 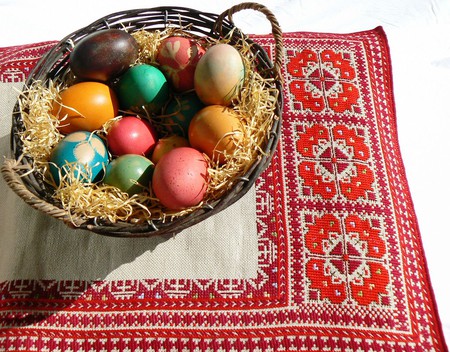 What are the traditions?

It’s hard to say when the first eggs were painted. Archaeologists have found red eggs in graveyards from as early as the 12th century. Egg painting probably emerged as a tradition much earlier and was modified over the centuries according to the religious rules.

Nowadays, Easter eggs are only painted on two days – on Holy Thursday or on Holy Saturday. People bring eggs to the church on the evening of Holy Saturday so that they are blessed by the priest. Everyone stays in the church until midnight when the priest announces “Christ is resurrected” and the bells start ringing. People greet each other with “Christ is resurrected” for the next few days instead of “Hello” (in the past this tradition was followed for 40 days after Easter). On Easter day everyone chooses a painted egg and hits another family member’s painted egg until only one egg remains intact. The survivor is called borets – a fighter, and the person whose egg it was is believed to be happy and healthy all year long.