A Brief History of Nessebar, Bulgaria 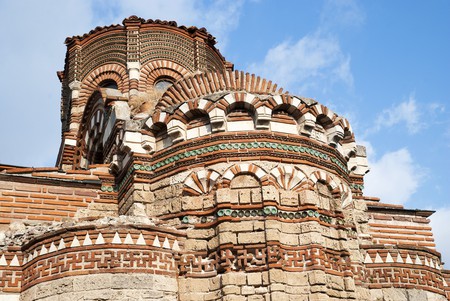 As Nessebar is one of the most visited seaside towns in Bulgaria, it’s a good idea to get an idea of its history. Nessebar is a peculiar mixture of its glorious past and its modern resort present – here’s the connection between them in a few lines of history.

Archaeological findings show that the peninsula of Nessebar has been inhabited since the Bronze Age. One of its first names, Melsambria, was given to it by the ancient tribe of the Thracians, and it means “the city of Melsam,” Melsam being its legendary founder. The ancient Greeks arrived a bit later and built many temples, a school, and a theater. This was the time when massive walls were built around the city to protect its ever-growing wealth.

The Romans conquered the city in 72 BC but Messemvria, as it was renamed, preserved its leading cultural and trading role in the Black Sea region. When the Roman Empire adopted Christianity as an official religion, many new churches were built in Messemvria as well.

Since ancient times, the city has been famous for its ports – a northern one and a southern one. Still today, if you go diving, you can see remains from shipwrecks where they used to be.

Remains from the past in Nessebar | © Pixabay

The city first became part of Bulgaria in 812 under the rule of Khan Krum, and at that time its name was changed to Nessebar. Its most thriving era, however, came a bit later. If you stroll along the streets of the Old Nessebar nowadays, you will see the remains of many churches from 12th and 13th century. These were centuries of intense construction and the creation of some of the model churches of the period, such as St. Stephan, St, John the Baptist, and St. Paraskeva. 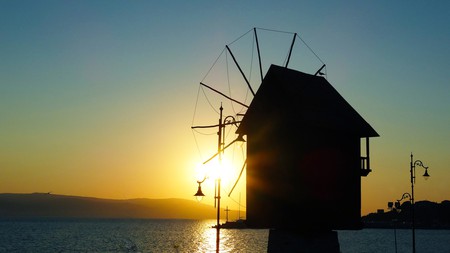 The famous windmill in Nessebar | © Pixabay

In the 14th century, the Ottomans took over Nessebar, and for the next five centuries, the city continued its development. Many Bulgarian Revival-style houses were built during the period featuring characteristic wooden façades. You can see some fine examples of this house type today in the Old Nessebar, as well as the famous windmills, one of the symbols of the city.

Nessebar was declared an architectural and archaeological reserve in 1956, while in 1983 it became part of the World Heritage List of UNESCO.