8 Reasons You Should Visit Plovdiv over Sofia 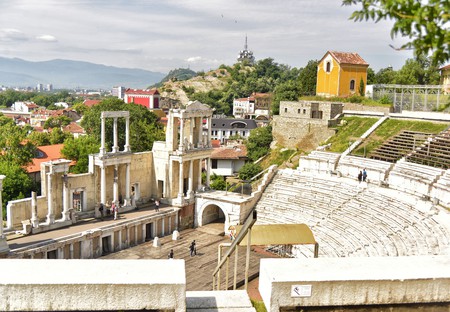 While Sofia is the capital of Bulgaria, Plovdiv is considered by many the cultural capital of the country, especially after it was chosen as European Capital of Culture for 2019. Can’t decide between the two? Then read on for our top 8 reasons to choose Plovdiv over Sofia to help you make up your mind.

Sofia, being a capital, is quite hectic – Plovdiv, on the other hand, is a city where everything moves at a slower pace, with no rush; where locals stroll along the main pedestrian street back and forth, over and over again, just chatting to a friend and greeting neighbors sipping coffee at the cafés dotted along the street. 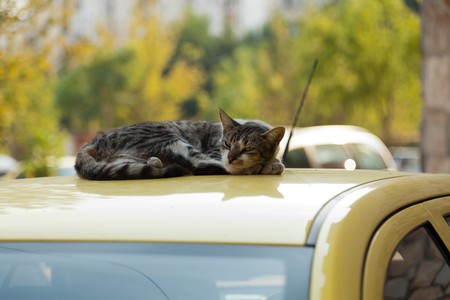 In connection with the above, urban legend has it that Plovdiv is the birthplace of two specific, untranslatable Bulgarian words – ‘aylyak’ and ‘maina’ (pronounced ‘eye-lyak‘ and ‘my-nah‘). While aylyak could be roughly translated as ‘doing everything in a relaxed way’, maina has no fixed meaning and could be anything from ‘come on’, ‘I can’t believe it’, ‘bro’, and ‘oh!’. “Aylyak, maina!”, then, means “I’m from Plovdiv and I’m enjoying life in the best possible way!”. If a Bulgarian friend uses the word maina, you can be sure he or she is from Plovdiv.

It’s the European Capital of Culture in 2019

Plovdiv put a lot of effort into the European Capital of Culture contest and is getting ready for its big year. The EU initiative has proven to be one of the most effective ways to develop cities in various parts of the continent and to bring cultures together. There are many festivals, concerts, and other cultural events taking place in Plovdiv as part of its role in 2019 which it will share with Matera, Italy. 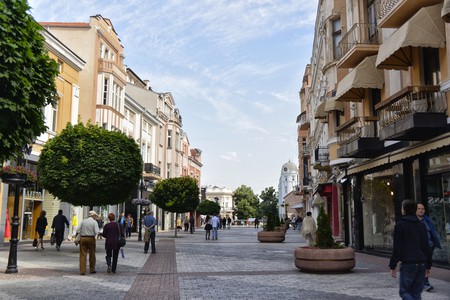 The imposing building of the Ancient Roman Theater is still towering on top of one of the Plovdiv hills offering one of the best views over the city. In ancient times, it used to host theater performances, gladiator fights, and important political discussions. Nowadays, it is one of the main tourist attractions in Plovdiv and in the summer, you can watch concerts, opera performances, and festivals on its stage under the stars.

The Old Town is spectacular

Unlike Sofia, which experienced heavy bombing during World War II and suffered a lot of damage, Plovdiv has preserved much of its Renaissance-period houses in its Old Town. Some of the houses are almost 200 years old, and many of them have been turned into fascinating museums telling stories from the past of the city, such as the Ethnographic Museum, and the Revival Museum. 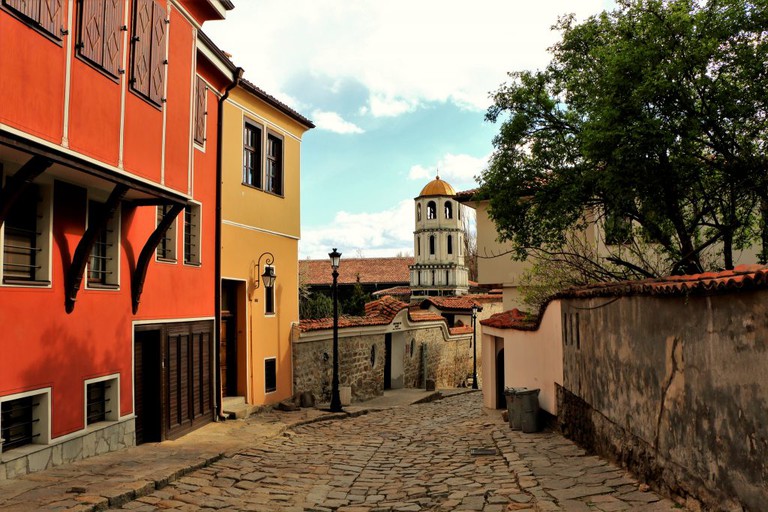 Kapana – the arts and crafts district

While both Sofia and Plovdiv attract many artists, Plovdiv created a special district in the city center designated for arts and crafts – Kapana district. What used to be a bland area with crumbling old buildings, has now been restored to a flourishing and lively creative area where you can find many art shops, craft workshops, and art cafés here.

Plovdiv is scattered on and around five hills, which means many opportunities for beautiful photos and spectacular views of the city. The three hills (they look like one) on which the Old Town is located, are the most usual choice of the visitors of the city at sunset. 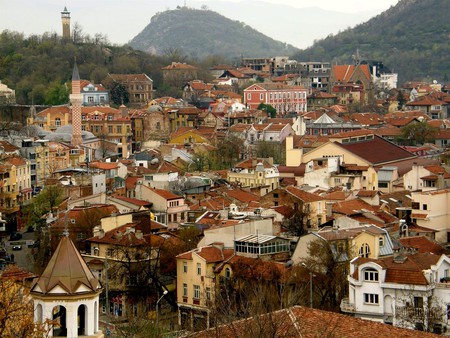 There are two museum nights a year

Plovdiv is the only city in Bulgaria that has two major museum nights a year – one on the Saturday closest to International Museum Day (May 18) and one in September, called Night of the Museums and Galleries. Both events feature free entrances to all museums, and special events such as concerts, workshops or art performances, with museums remaining open until midnight. In the September event there are many galleries, cafés and art shops taking part too, and the event continues two nights in a row.