7 Up-and-Coming Bulgarian Musicians You Should Know 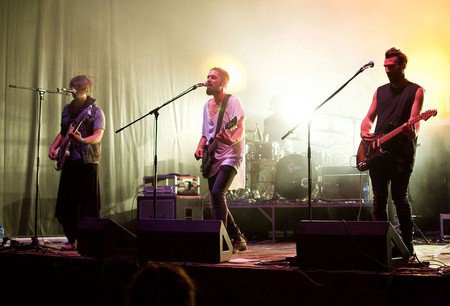 Get ready for your trip to Bulgaria by filling your playlist with the best Bulgarian bands and musicians. The new music generation of the country boldly blends electronic music with the local folk rhythms, or paves its own way across the trending international styles, like alternative rock or trap. Read on to discover your new favorite bands of all styles.

JEREMY? is a Bulgarian rock band who released its first video, “Runaway,” in 2014, while in 2015 its single, “Fake Fruits,” was played on the Balkan MTV channel. A year later, JEREMY? were the warm up act for several concerts in Europe by the legendary British rock band Queen.

Indie rock fans will like Bears and Hunters. The young band claims to be inspired by alternative rock bands like Placebo and Foo Fighters, but you will recognize their own music style. “Phantoms” and a “Comeback Story” are their biggest hits, and they can be spotted at live music clubs and music festivals across the country.

After winning second place at the Eurovision Song Contest 2017, the 17-year-old Kristian Kostov, who is of Bulgarian-Russian origin, has become a Bulgarian many people in Europe recognize. He started his career as a contestant on the Bulgarian X Factor, where he finished second to the overall winner. He records songs in Bulgarian, English, and Russian and is a teen idol.

Dia is the Bulgarian girl who managed to dust off local folk music and bring it into the disco clubs. This is a huge achievement in a country where, until recently, folk music was considered entertainment for the old generation. Dia’s songs blend the typical folk singing of the country with trap rhythms in perfect harmony.

Preyah is a young Bulgarian-Nigerian pop singer whose distinctive voice is hard to forget. The positive vibe of her debut single, “Malkite Neshta (The Small Things)” was an instant hit and stormed the music charts in Bulgaria.

One of the most delicate voices in Bulgaria, Mihaela Fileva is a pop and R’n’B singer who can equally-impressively perform ballads as well as upbeat party songs. Her star rose in 2011, in the first X Factor show in Bulgaria, and only a year later her first single was out. In the following years she has performed several summer hits and she’s been awarded in various music accolades.

Dara is another X Factor-born star whose voice can’t be mistaken. Her first songs focused on strong, independent women, and how they deal with life’s hardships. Her latest hit, “Nedei (Don’t)” shot straight up to number one with a more personal story , infused with feelings about the ups and downs of a romantic relationship.