7 Fiction Books Set in Bulgaria That You Should Read 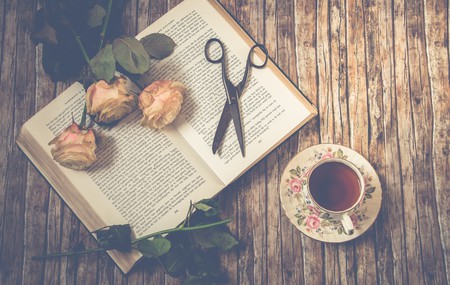 If you are a Harry Potter fan, you might remember the Bulgarian wizard and Quidditch genius Viktor Krum. But this is not the only example of Bulgaria in literature. Delve deeper into the literary life of the country before you visit with these great books.

Under the Yoke: A Romance of Bulgarian Liberty by Ivan Vazov

Under the Yoke: A Romance of Bulgarian Liberty is a Bulgarian classic. It is studied in Bulgarian schools, and author Ivan Vazov is often referred to as the Patriarch of Bulgarian literature. The novel takes place two years before the 1876 April National Uprising, an attempt at liberation from Ottoman rule. Vazov immerses the reader in a world of bravery and betrayal with glimpses of everyday life in Bulgaria at the time—going to school, celebrating, discussing news in the cafés. Although the scenes have little to do with contemporary Bulgarian life, the psychology of the characters will help you better understand the culture and country.

This book, set in 1895, is about Ganyo Balkanski, a modern Bulgarian of his time, who has adventures in Bulgaria and throughout Europe. The story is a humorous account of the young, unkempt Bulgarians who started exploring the world after the Bulgarian liberation. Balkanski is a rose oil seller who always keeps an eye on the good deals, looks for a free lunch, and relishes the opportunity to show off. The satire becomes darker when he returns to Bulgaria only to engage in bribing and bullying to push elections in a certain direction.

Every country has its legendary magical creatures; Bulgaria has the samovili, mythical women who usually lived in the forests and had magical powers they often used to enchant men. In various areas of Bulgaria, they can be good or evil. This novel of love, mystery and revenge will take the reader from the legendary Thracian rituals to modern Bulgaria and the seaside village of Emona. A devastated man moves from Boston to Emona in search of calm and peace, but when he meets a woman, his life becomes entangled with an ancient Thracian curse.

East of the West: A Country In Stories by Miroslav Penkov

This collection of stories is an account of contemporary Bulgarians and the heavy weight of the past they bear that can prevent them from moving forward. Although the stories cover many modern Bulgarian issues, they are overall light and full of unexpected absurdity. One of the stories in the book, Buying Lenin, was included in Salman Rushdie’s 2008 edition of Best American Short Stories.

Natural Novel has been the most translated Bulgarian novel for 25 years (it is translated into more than 15 languages). The book tells the story of a writer who is divorcing his wife after she becomes pregnant with another man’s child. And so begins a chain of misfortunes that are internationally relatable. The novel can be confusing, as the narrative is fragmented, but it is worth the read.

Valley of Thracians: A Novel of Bulgaria by Ellis Shuman

After a Peace Corps volunteer has gone missing in Bulgaria, his grandfather arrives to search for him only to find himself entwined in a quest to find a lost Thracian artifact. The book introduces the reader to Bulgarians and the rich heritage of the ancient Thracians uncovered in tombs and monuments and maintains the intrigue of why two local women help the men find each other.

The Hermit of Hisarya: A Sam Smith Mystery by Hannah Howe

If you like a good mystery, a murder or two, and the following investigation, this book offers all of that plus a look into Bulgaria as a travel destination. The heroine comes to Bulgaria on vacation, and the author has included details of the colorful life in Bulgaria that foreigners often consider exotic.