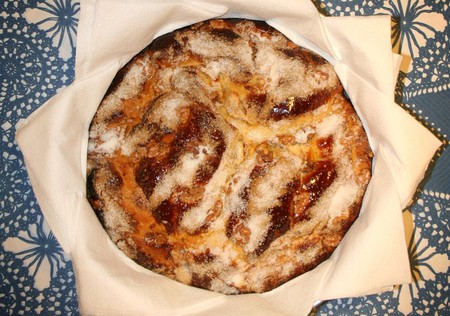 A trip to Bulgaria grants pastry lovers endless opportunities to satiate their sweet tooth, with both traditional delicacies and international recipes on offer in any bakery in the country. Here’s a list of the unmissable sweet treats you should try on your trip.

Banitsa is probably the most traditional of all traditional pastries in the country, being the breakfast norm for many, if not most Bulgarians. Usually, you will find it with Bulgarian feta cheese filling, but banitsa can be sweet as well. If it’s filled with pumpkin, it’s called tikvenik (available in bakeries in fall and winter). When made with apples, it’s a little like German strudel – you can also find version with little pieces of Turkish delight between the pastry sheets, which gives a completely different taste. 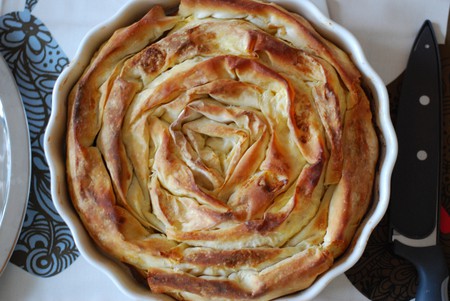 Kifla is a crescent roll with a filling of marmalade, chocolate or Turkish delight. Although it looks somewhat like a croissant, the structure and density of the pastry is different thing altogether.

Bulgarians don’t mind starting the day with something deep fried and dripping with oil, hence the love for mekitsa. The pastry itself is not filled, but is instead garnished with sweet or salty additions, such as jams, cheese, marmalade, chocolate or simply powdered sugar. If you want to do like the locals do, dare to try the sweet and savory combination of jam and cheese.

Kozunak is the traditional Easter cake but it can be found in bakeries year round. It can be plain or with various fillings such as chocolate, raisins, or walnuts. 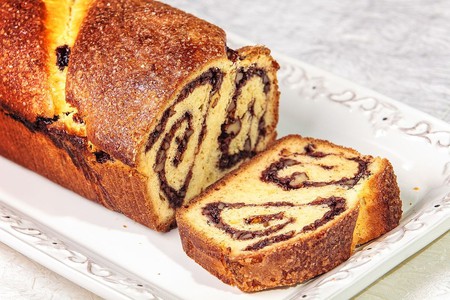 Baklava is an ultra-sweet baked dessert that came from the Orient through the Ottoman Empire and then remained an integral part of the cuisines of most Balkan countries. While the Turkish version features a lot of pistachios, in the Bulgarian version these are substituted for walnuts. Don’t be surprised the servings are so small – it’s so sweet and rich that it’s no surprise it’s normally consumed with straight black coffee.

Gevrek is another shared Balkan pastry with variations across the countries. It’s called simit in Turkey and koulouri in Greece but what you get is more or less the same – a sweet sesame ring. In Bulgaria, gevrek can be savory as well, but in this case you’ll find that it’s prepared differently, as the dough is actually boiled. Why not try them both to contrast and compare? 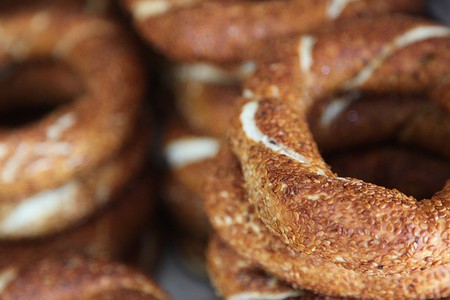 Milinka is a bread-like pastry with a butter and Bulgarian cheese filling. You will easily recognize it by its spiral shape. It’s a hearty, filling breakfast that should keep you full until noon.