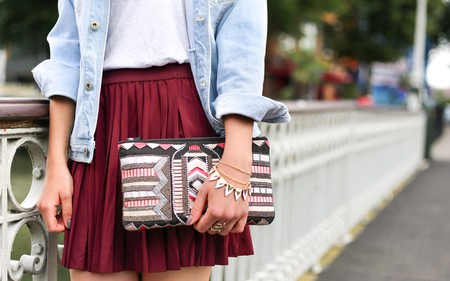 Bulgaria is not a big player on the world fashion stage, but it has designers whose creativity and talent might surprise you. Take a tour through the Bulgarian fashion design world to discover both classic and young designers and their works.

Evgenia Jivkova’s Jeni Style Fashion House has been on the market for more than 25 years and is still going strong. Evgenia Jivkova presents her new designs twice a year, organizing magnificent fashion shows in Sofia. She prefers to use natural fabrics and muted colors.

Mina Kaye is the designer behind the Maria Queen Maria fashion label – the only Bulgarian brand for deconstructed and avant-garde fashion with a boutique in the center of Sofia. Mina is a renowned designer popular with her work for film productions as well. She was awarded the Designer of the Year prize in 2010.

The fashion label of Nikolay Bozhilov was established in 2013, when he won the prestigious Bulgarian Golden Needle fashion award and has since been experimenting with fashion that brings novelty into the modern woman’s wardrobe. Nikolay Bozhilov designs One of a Kind made-to-measure clothes combine his client’s ideas and his own creativity.

Knapp is a Bulgarian fashion label focused on the made-to-measure concept. The two designers behind it, Antonia Yordanova and Kristina Butchvarova, have been influenced by the ’50s fashion of the last century and often use emblematic silhouettes from that period as a base for their feminine, delicate clothes.

Fabra Moda Studio creates clothes for the modern woman – a grown-up who still maintains her free, youthful spirit. The studio’s style is a combination of simple silhouettes and small, effective details. They work mostly with natural fabrics and focus on comfort when it comes to woman’s clothes.

Jane Jekova’s dresses are light and elegant, emphasizing the delicacy of the woman’s silhouette. She is a magnificent wedding dress designer and a specialist of long evening gowns with impressive necklines. Jane Jekova is one of the classic Bulgarian designers who hasn’t lost her popularity over many years.

Already a well-established Bulgarian designer, Svetoslav Kolchagov teamed up with the Italian marketer Emilio Barba to create the luxury Kolchagov Barba brand. Kolchagov Barba’s dresses feature Swarovski, handmade lace and corsets. Svetoslav Kolchagov has been living in London in recent years, where he has worked with designers and brands such as Alexander McQueen, Preen, Burberry and Vivienne Westwood.