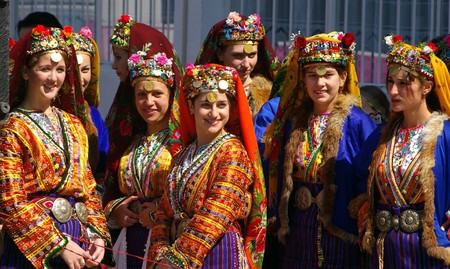 Most Bulgarian folk tales are funny and feature unexpected plot twists. They are loved by both children and adults. Here are five that you will find fascinating and will help you to better understand the Bulgarian soul.

The Three Brothers and the Golden Apple

A long time ago, three brothers lived in a simple village house. They led an ordinary life in all aspects but one, they had a magical apple tree in the garden. One golden apple ripened on it every year. And every year a dragon came and stole it.

One year the eldest brother decided to try to save the apple. He took his sword, lay down under the tree and waited for the dragon. Unfortunately, he fell asleep. The dragon came, took the apple and disappeared. Everyone was disappointed with the lad. Next year, the second brother decided to protect the apple. The same happened to him and he woke up in the morning only to discover the apple was gone. Finally, it was the youngest brother’s turn to stay by the tree. As he was the cleverest among the three, he cut his little finger and put salt in the wound. The pain wouldn’t let him fall asleep and he managed to see and kill the dragon. The golden apple was never stolen again. 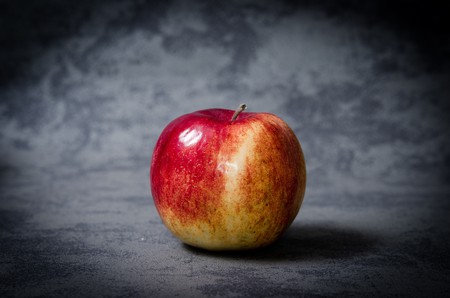 Krali Marko is a favorite Bulgarian folklore character known for his power and kindness. He always helps the poor, punishes the evil and kills dragons. There are many folk tales about his strength, here is one of them.

Krali Marko was so overconfident of his strength, that he said “I’m so strong that if the Earth had a handle, I would have lifted it”.

God heard his words and thought he was too confident for a human being. So, to challenge his statement, he sent him a stone weighing as much as the Earth. When Krali Marko saw the stone on the road, he got angry that there was an obstacle in his way. He grabbed the stone and threw it away.

When God saw Krali Marko’s reaction he wisely decided to take away half of his power. Since then Krali Marko could do anything but lift the Earth.

A boy and a girl from a small village fell in love with each other and they wanted to get married. But their families didn’t approve of their love. The young lovers kept on insisting and in the end, the wedding was organized. The groom’s mother, however, couldn’t put up with it and she cast a spell on the couple, when they were about to say their vows, they would turn into stones. When the couple kissed on the wedding day everything happened exactly the way she had said. Except that not just the couple but all the guests, including the parents of the bride and the groom turned into stones.

These stone figures, known as the Stone Wedding, can still be seen today near the village of Zimzelen in Bulgaria. 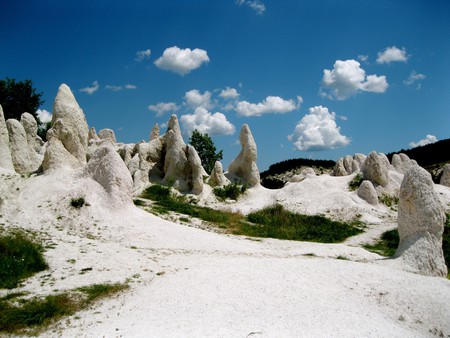 Hitar Petar and His Shadow

Another folk character starring in many tales is Hitar Petar (Witty Peter), famous for making jokes about people.

Once Hitar Petar went to the market without any money. He saw a soup vendor selling delicious soup. As he didn’t have money with him, Hitar Petar took a piece of bread out of his pocket and held it in the tasty smelling steam coming out of the soup pot. After a while, the bread was well flavored and Hitar Petar ate it. Seeing this, the vendor asked Hitar Petar to pay for the food.

“But I just held my bread over the steam, I won’t pay” said Hitar Petar.

“If you won’t pay, then you deserve to be beaten with a stick” said the vendor.

“No problem. But if I flavored the bread using your steam, then you should beat only my shadow” said Hitar Petar

Everyone at the market started laughing at the greedy vendor. 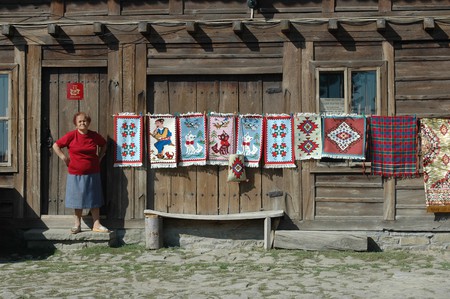 A Bulgarian village I | © US Army Africa/Flickr

Hitar Petar and His Sack of Jokes

Once upon a time Hitar Petar met his long time rival Nastradin Hodja. Knowing that Petar was funny, Nastradin Hodja asked him to tell him one of his jokes.

“No problem. Just wait for me to go home and get my sack of jokes” said Hitar Petar

Nastradin Hodja stayed there for hours before he finally understood that he had already taken part in the joke.