The Best Things to See and Do in Nessebar, Bulgaria 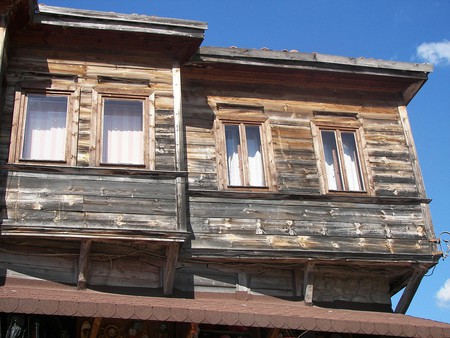 With a quaint old town crowned by the 14th-century Church of Christ Pantocrator, Nessebar is a historic community on the Black Sea coast of Bulgaria. Home to Aquapark Nessebar, one of the largest water parks in Europe, the town throws up a wide variety of things to see and do for every type of traveller.

Known as the Pearl of the Black Sea, the Bulgarian town of Nessebar has been continually inhabited for more than three millennia. Relics of this complex past include Byzantine churches, ancient fortifications and Medieval windmills, examples of which can be found throughout Nessebar old town, a Unesco World Heritage site since 1983. Here’s our guide to the top things to see and do in Nessebar, from wandering centuries-old streets to playing at one of the biggest water parks in Europe. 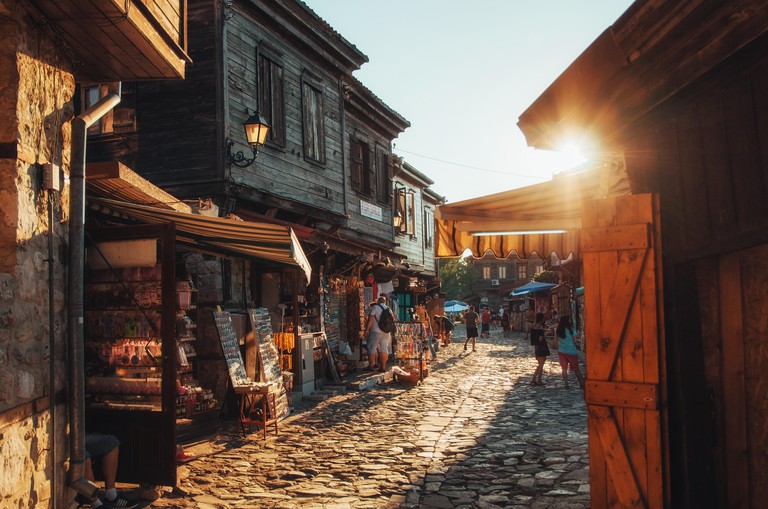 © Andrei Bortnikau / Alamy Stock Photo
Nessebar old town once occupied its own Black Sea island but is now connected to the modern part of the city by a man-made isthmus. It’s a movie-set-style collection of houses dating from the 18th and 19th centuries, wherein the stone-walled ground floors housed livestock and the wooden upper levels sheltered human occupants. Scattered among them are the ruins of Medieval walls, Byzantine churches, and street vendors selling souvenirs and handicrafts.
Open In Google Maps
Staria Grad, Nessebar, Burgas, 8231, Bulgaria
Give us feedback

Visit the Archaeological Museum of Nessebar 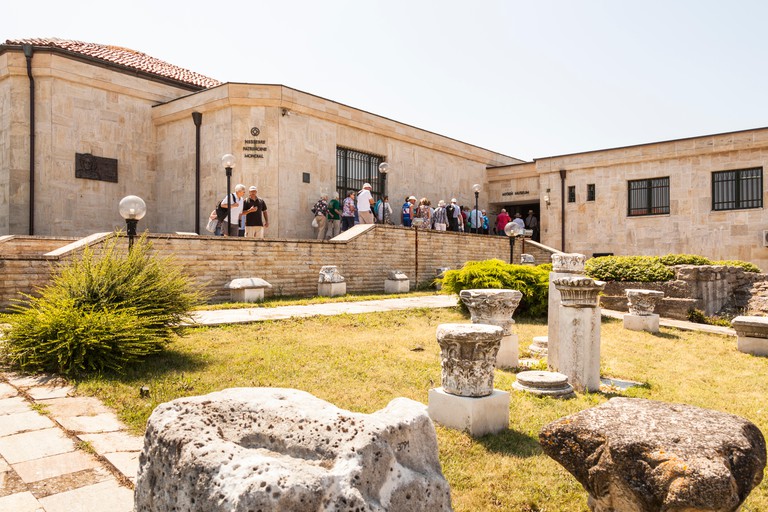 © Melvyn Longhurst / Alamy Stock Photo
The Archaeological Museum is the starting point of a self-guided tour through Nessebar old town, a red-dotted trail that meanders through the streets. Its permanent collection, Nessebar Down the Centuries, features pottery, artwork, statues and jewellery from all six stages of the 3,000-year history of the town. Journey through periods spanning the Eneolithic, Thracian, Greek, Roman, Byzantine and Bulgarian civilisations. Must-see highlights include a collection of silver coins from the Thracian era, during which Nessebar was one of the first places in the world to use money in trading.
Open In Google Maps
2 ulitsa "Mesembrija", Staria Grad, Nessebur, Burgas, 8231, Bulgaria
+35955446012
Visit Website
Give us feedback

Gaze up at Tower Nessebar 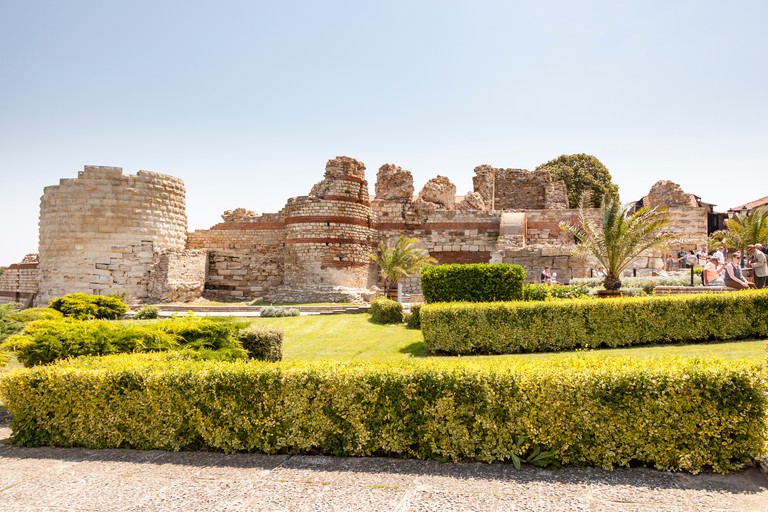 © Melvyn Longhurst / Alamy Stock Photo
Nessebar old town is still encircled by the ruins of its ancient fortifications, dating mainly from the Byzantine and Medieval eras. One of their best-preserved features is a cylindrical watchtower located close to the entrance, on the northern side of the peninsula. Walk around the perimeter of the old town to see several Byzantine churches and the famous Nessebar stone-and-wood houses.
Open In Google Maps
5 ulitsa "Mesembrija", Staria Grad, Nessebur, Burgas, 8231, Bulgaria
Give us feedback 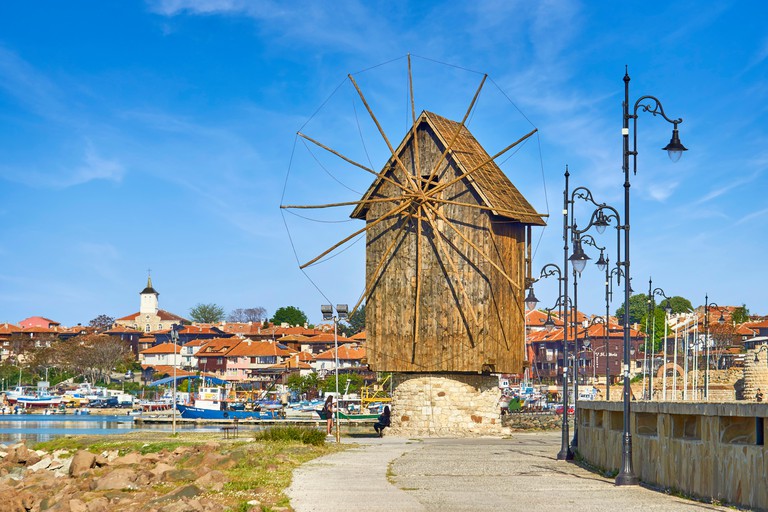 © Jan Wlodarczyk / Alamy Stock Photo
This shed-like structure is found halfway along the isthmus that connects the old and new towns of Nessebar. Dating from the Renaissance period, when the city was under Ottoman rule, it stands precariously on a cylindrical stone base, its wooden spindles resembling a giant spider web. Several benches next to the windmill look towards the resort town of Sunny Beach, situated 5km (3mi) to the north.
Open In Google Maps
Nessebar, Burgas, 8231, Bulgaria
Give us feedback

Check out the Church of Christ Pantocrator 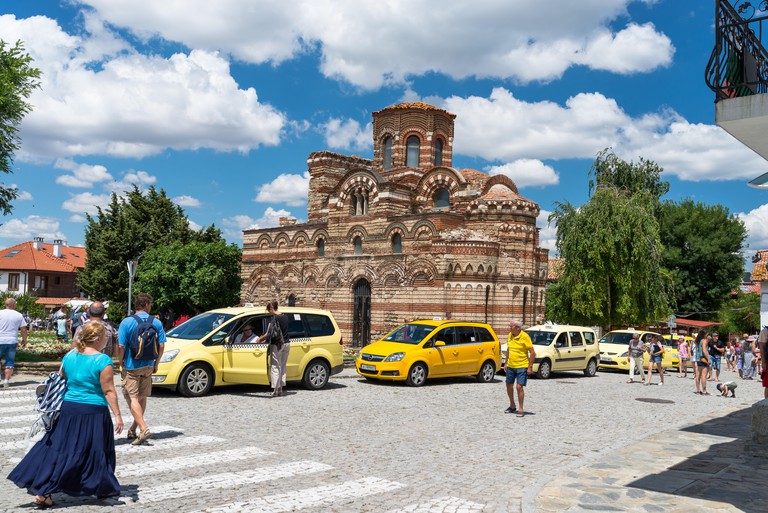 © Kinek00 / Alamy Stock Photo
The 14th-century Church of Christ Pantocrator stands at the entrance to Nessebar old town, greeting visitors with an elaborate exterior of red brick and pale stone. High concave arches alternate with friezes of decorative saucers and flowers in an impressive display. The building now houses an art gallery showcasing the works of Bulgarian artists and the remnants of some of the original church wall murals.
Open In Google Maps
13 ulitsa "Mitropolitska", Staria Grad, Nessebur, Burgas, 8231, Bulgaria
Visit Website
Give us feedback 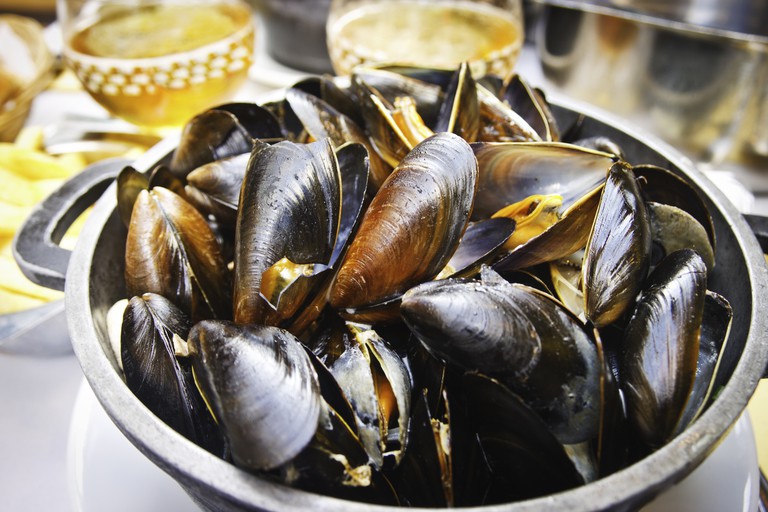 © WEKWEK / Getty Images
Fish and seafood specialist Dalyan Akrotir sits on a rocky patch of coast next to Spectrum Beach, about a half-hour walk from Nessebar old town. Featuring the best of the morning catch, dishes such as steamed mussels, barbecued bluefish, grilled prawns and deep-fried tsatsa (European sprat) are served on a terrace jutting over the water. Pair this with a glass of the excellent draft beer or a dry white wine for a true taste of the Black Sea coast.
Open In Google Maps
квартал Аурелия, Nessebur, Burgas, 8230, Bulgaria
+35955444560
Give us feedback

Play all day at Aquapark Nessebar 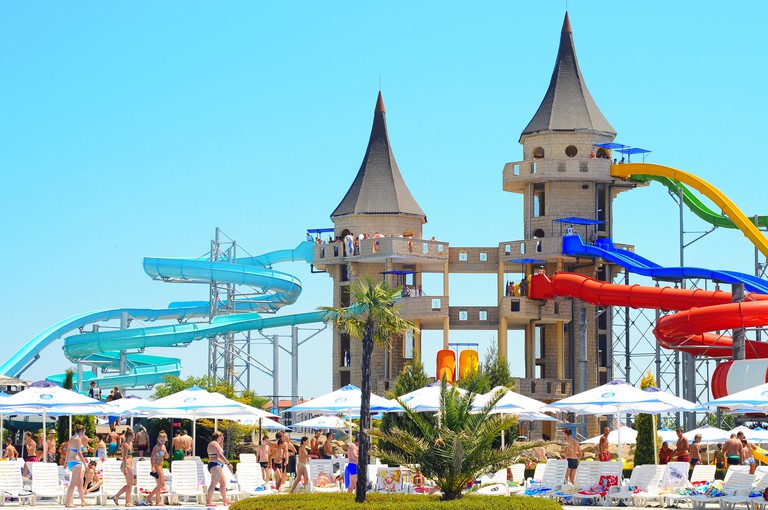 © Sasa Dinic / Alamy Stock Photo
Aquapark Nessebar is home to the highest number of water-based attractions anywhere in Europe (60 and counting). There are 38 slides, including the Giant Slalom – 146m (479ft) of ascents and descents – and the vertiginous Freefall, which starts off with an almost-vertical drop of 10m (33ft). Calm your shredded nerves or toast your bravery by swimming up to the pool bar for a cocktail, or relax in a gazebo at the Mediterranean Bar.
Open In Google Maps
Nessebur, Burgas, 8238, Bulgaria
+359885208055
Visit Website
Give us feedback

Hike to Cape Emine for sunset 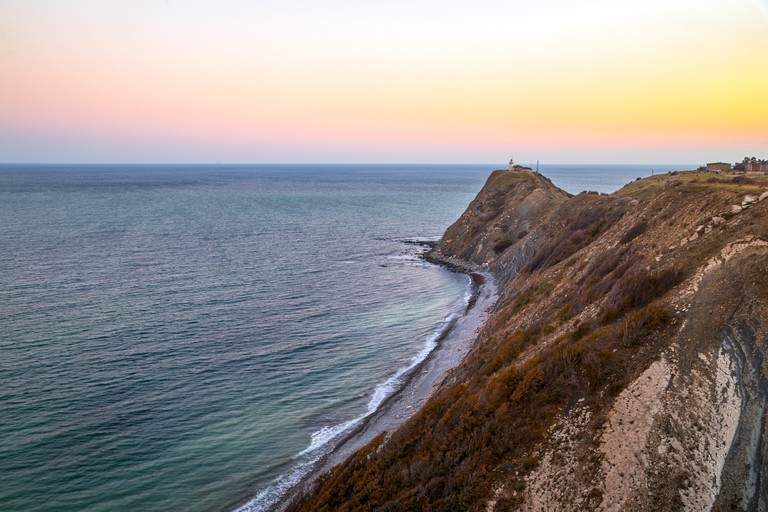 © vodniyaduh / iStock / Getty Images Plus
Hiking to Cape Emine – the northernmost point of Burgas Bay – requires dedication, but the sunset views make it all worthwhile. A route of about 7km (4mi) starts to the north of the Cape on Irakli Beach, one of the most unspoilt areas on the Bulgarian Black Sea Coast, a 40-minute drive from Nessebar. Another track begins in the resort town of Elenite, located 11km (7mi) to the west of Ermine and a 25-minute drive from Nessebar.
Open In Google Maps
Bulgaria
Give us feedback

This is an updated rewrite of an article originally by Maria Angelova.